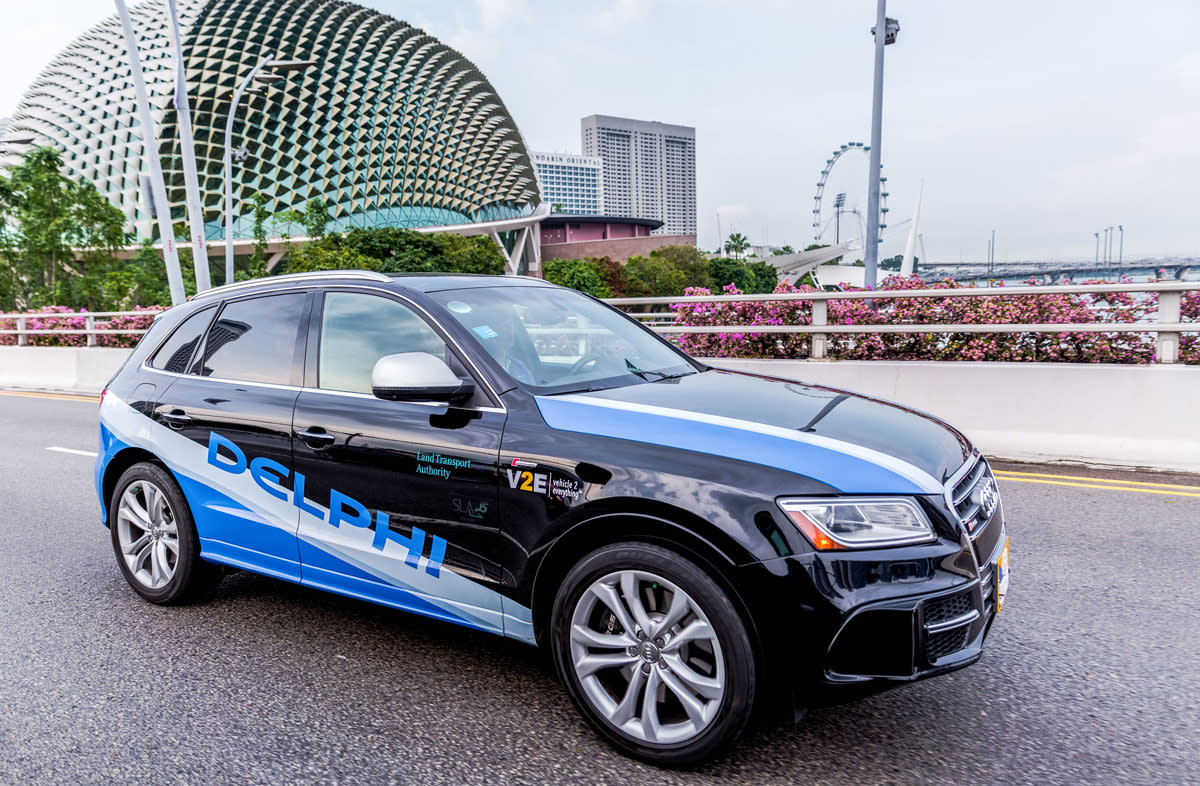 Uber may be talking about it, but automotive technology parts supplier Delphi is doing it. Today the company announced a partnership with Singapore to start a pilot program for an on-demand autonomous taxi service.

Before you think you can just jump in an autonomous car next time you're in Singapore, there are a lot of caveats. First, there are only six vehicles in the autonomous fleet. Second, the fleet will only be available along a four-mile route in a business park on the western edge of the city. The pilot program will last three years with the first year dedicated to laying out the technological groundwork. The vehicles will be deployed on during the second year. Passengers will be chosen to test the system from a cross-section of the Singapore population. The system will work similar to ride-hailing services like Lyft and Uber.

Glen DeVos, VP of Delphi's Services Business Unit said that the company is hoping to come up with a "last mile" solution by building out the entire ecosystem including the car, communications system between vehicles and the infrastructure, transactions, cloud services and security " When the pilots done, we had completed the definition and the deployment that whole automated mobility on demand ecosystem," DeVos told Engadget.

Singapore and Delphi hope to transition the pilot into a operational service that launches in 2022. That's still pretty far off, but it's another step to have fully autonomous vehicles on the road not just in Asia but around the globe.

In this article: Autonomous, Delphi, gear, lyft, robots, self-driving, services, Singapore, transportation, uber
All products recommended by Engadget are selected by our editorial team, independent of our parent company. Some of our stories include affiliate links. If you buy something through one of these links, we may earn an affiliate commission.