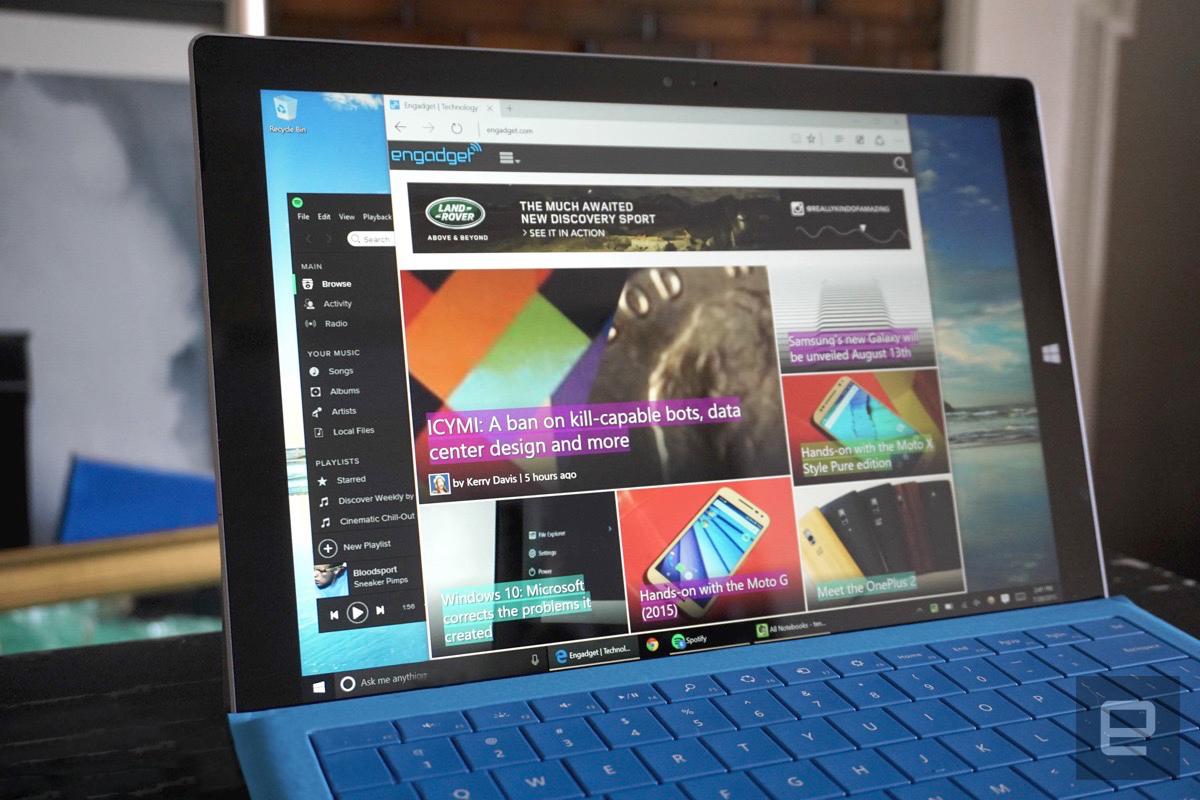 AdBlock and AdBlock Plus are no longer exclusive to Windows Insider Program participants. Microsoft's anniversary update for Windows 10 doesn't only come with Cortana voice commands (and many other features), it also adds support for the ad blocker to your Edge browser. This version is based off the extension's code for Chrome instead of Internet Explorer, but you might encounter some issues anyway since it's still in development. Of course, you'll have to wait for the anniversary update first before you can install the add-on and tweak its (potentially problematic) whitelist. You're bound to get it within the coming weeks, so long as you're running Windows 10.

In this article: adblock, adblockplus, anniversaryupdate, browser, edge, extension, gear, internet, microsoft
All products recommended by Engadget are selected by our editorial team, independent of our parent company. Some of our stories include affiliate links. If you buy something through one of these links, we may earn an affiliate commission.