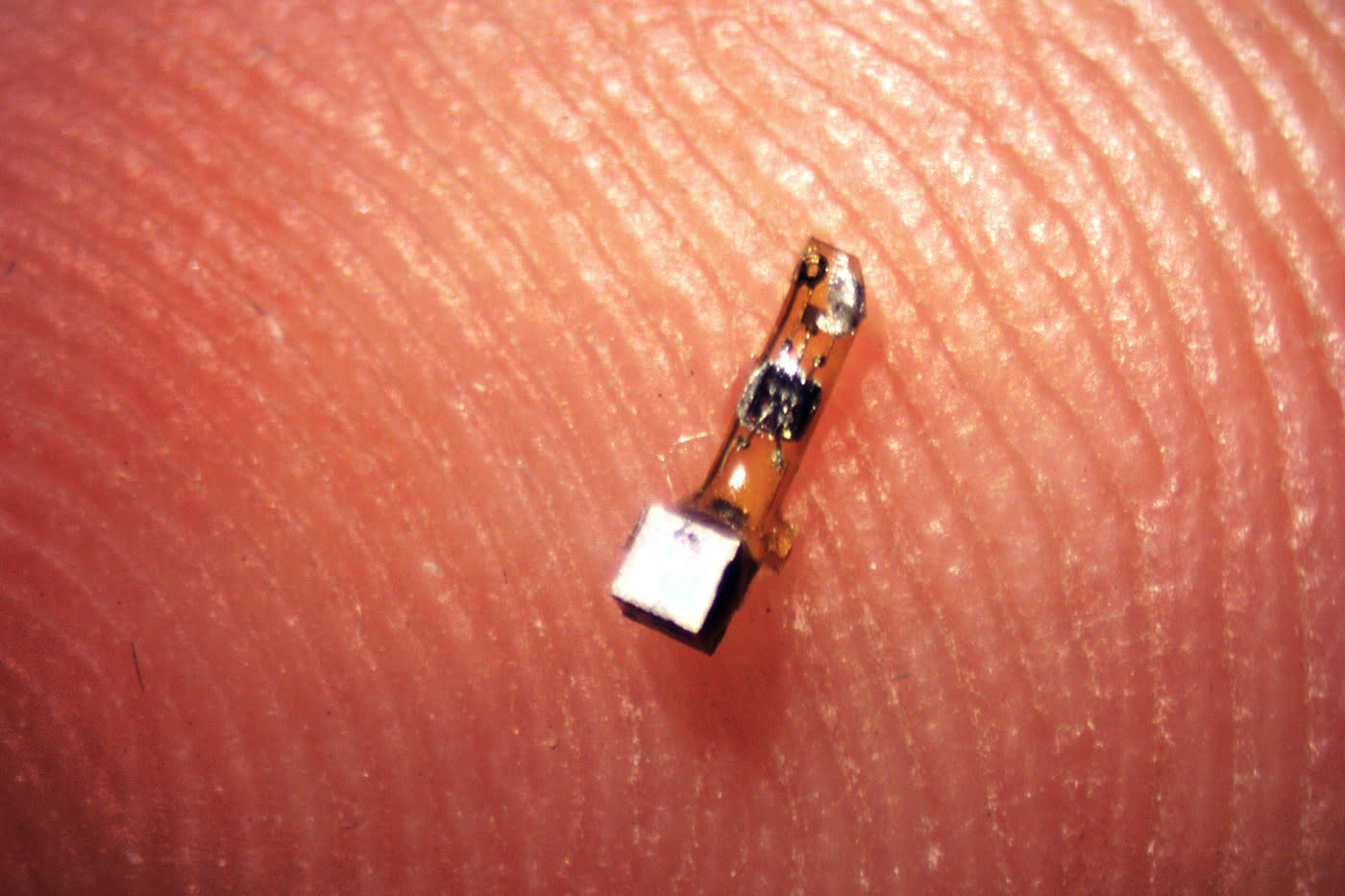 See that minuscule component in the image above? That's a wireless sensor, and someday, doctors could slip it into our bodies to monitor our organs like a microscopic Fitbit or even to give quadri- and paraplegics the power to control robotic arms or legs. A team of scientists from the University of California, Berkeley have developed an early iteration of the sensor that's about the size of a grain of rice. Each sensor has a piezoelectric crystal that can convert ultrasound vibrations into energy. It also allows the teensy device to beam back data collected from nerve cells in the brain if it's used to control bionic limbs.

While the current version, which is only 3 millimeters long with a 1 millimeter cube attached to it, is already tiny, the team plans to shrink it down further. They're looking to create a version that's half the width of human hair -- they are calling the sensors "neural dust," after all -- using components that can last inside a human body forever. That way, people who need prosthetics won't have to deal with relatively humongous implantable electrodes that can only last for a year or two.

"The original goal of the neural dust project was to imagine the next generation of brain-machine interfaces, and to make it a viable clinical technology. If a paraplegic wants to control a computer or a robotic arm, you would just implant this electrode in the brain and it would last essentially a lifetime."

Besides monitoring organs and controlling prosthetics, the team believes the sensors could also be used to keep an eye on tumors and even on the efficacy of cancer therapies. They also think a version of the sensor could be developed to stimulate nerves and muscles or even to treat disorders like epilepsy. It would most likely take some time before they can develop all these applications, though. They've already (successfully) tested the current version on lab rats, but they still have to figure out how to achieve their 50-micron target size.

In this article: medicine, prosthetics, science, UniversityOfCaliforniaBerkeley, wirelesssensors
All products recommended by Engadget are selected by our editorial team, independent of our parent company. Some of our stories include affiliate links. If you buy something through one of these links, we may earn an affiliate commission.