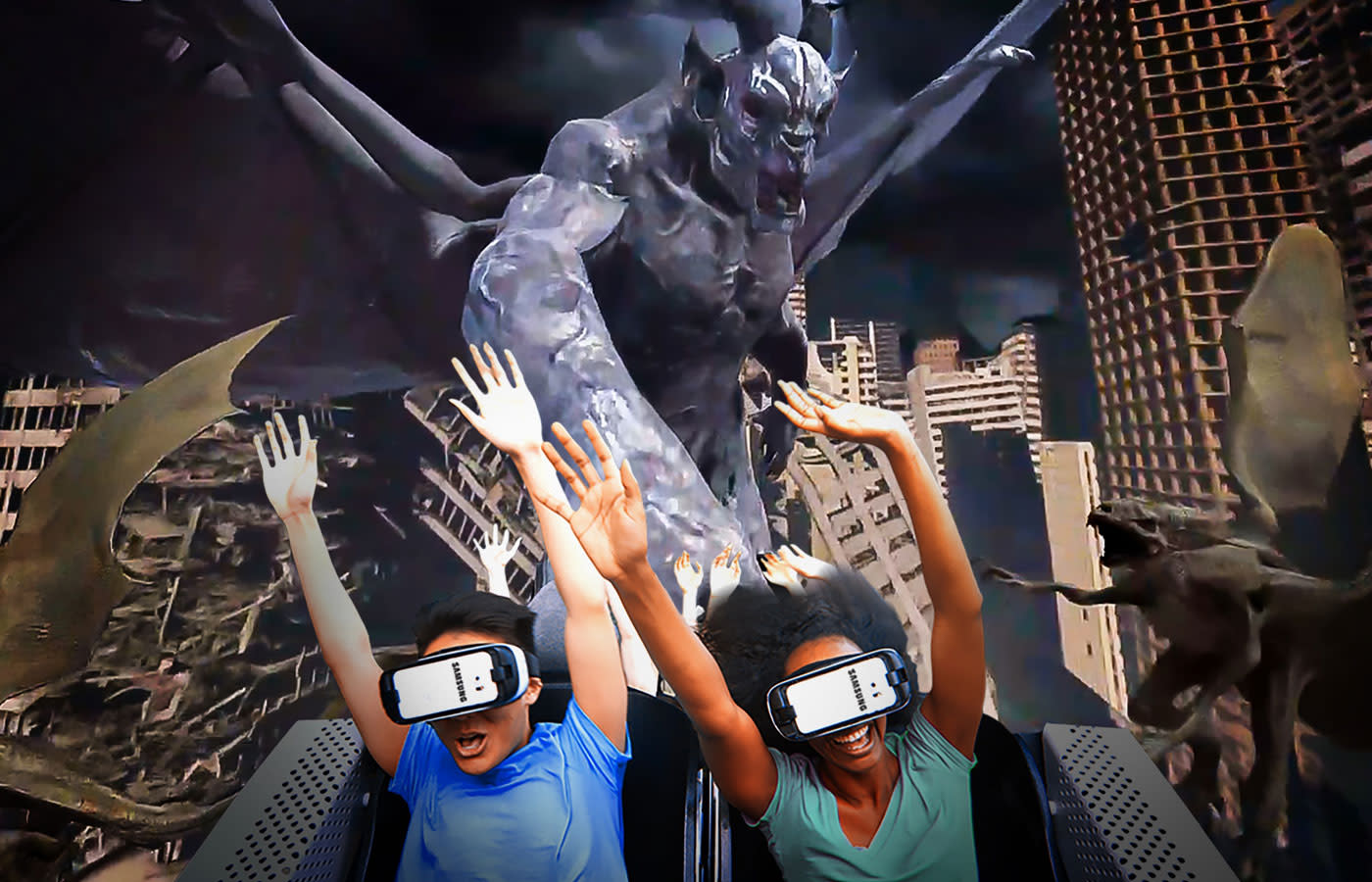 Six Flags first announced that it was teaming up with Samsung to outfit roller coaster riders with Gear VR headsets back in the spring. The theme park company is taking its virtual reality project to another level though, adding a gaming component to the immersive visuals. Before now, the addition of VR to rides just added a different visual experience to the ride itself. With the new "Rage of the Gargoyles," riders take flight in an Apache-style helicopter to battle "blood-thirsty" beasts.

How do you control the game? Well, the Gear VR headset does all of the work so you can keep your hands tightly wrapped around whatever handle the ride offers. As Six Flags explains it, riders aim at the gargoyles by looking in their direction to aim the helicopter's Gatling guns. Once a target is locked on, the weapon fires automatically. Based on the details the company offered, it sounds like there's a HMD (Head Mounting Display) UI to guide you through the whole thing. There's no word on if you'll be able to keep score and compete against fellow riders.

"One of the most exciting things about this technology is that we have the ability to change the storylines to offer our guests new thrills and new reasons to visit our parks," said Six Flags president and CEO John Duffey.

Rage of the Gargoyles virtual reality comes to the Demonhttps://t.co/xrpg9JzIYH

In this article: amusementparks, av, entertainment, gearvr, ride, rollercoaster, samsung, sixflags, themepark
All products recommended by Engadget are selected by our editorial team, independent of our parent company. Some of our stories include affiliate links. If you buy something through one of these links, we may earn an affiliate commission.