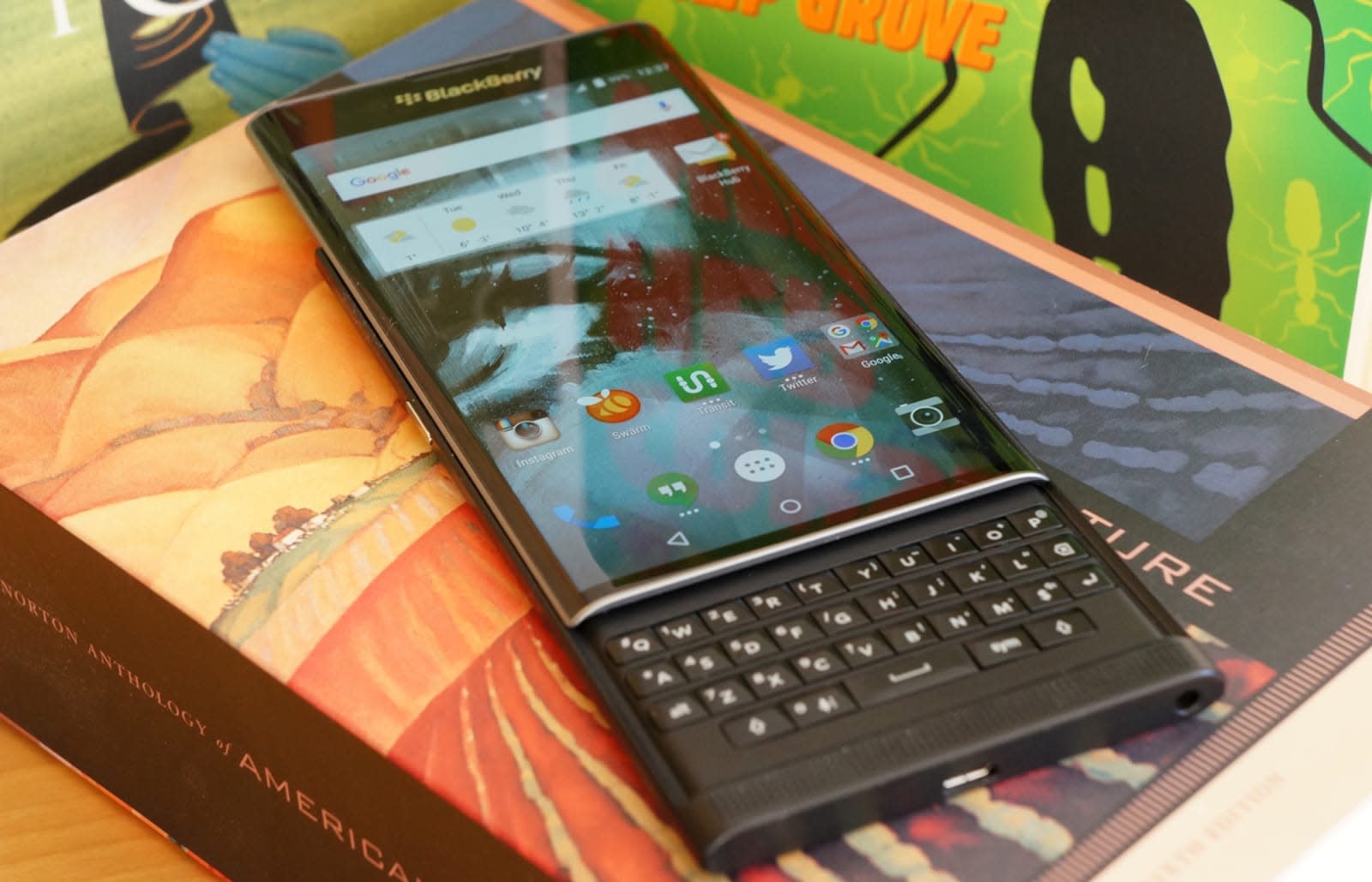 Even if Kim K ends up ditching BlackBerry, she could still replicate part of the BB experience with an Android phone. The Canadian phonemaker has released its Hub+ suite of applications on Google Play for devices running Android Marshmallow. BB's Hub shows all your mail and social media notifications in one interface, while the suite as a whole comes with the Calendar app and a password manager. As the company wrote in its announcement post, we once described Hub as the "closest [thing] to [a] universal inbox." The Hub+ used to be exclusive to BlackBerry 10 and to BB's Android phone the Priv, but the company's sluggish sales hinder the software from reaching as many users as possible.

By releasing the suite for all Android Marshmallow devices, it now has more potential users. However, its success depends on how many people deem it worthy of a monthly subscription. It's only free for the first 30 days, after which you'll either have to pay 99 cents per month or agree to continue using the suite with ads. The subscription-based version will also give you access to the company's Contacts, Tasks, Device Search, Notes and Launcher apps. If you want BB's virtual keyboard, though, you're out of luck.

Take note that some Marshmallow phones might not be able to run the suite yet. However, the company is adding more and more models to its compatibility list everyday, so you can try again. That is, unless you have a tablet -- Hub+ will only work on phones. BlackBerry, by the way, has big plans for the suite and aims to make it available for Android Lollipop and iOS devices in the future.

In this article: android, apps, blackberry, gear, google, hub, hub+, marshmallow, mobile
All products recommended by Engadget are selected by our editorial team, independent of our parent company. Some of our stories include affiliate links. If you buy something through one of these links, we may earn an affiliate commission.