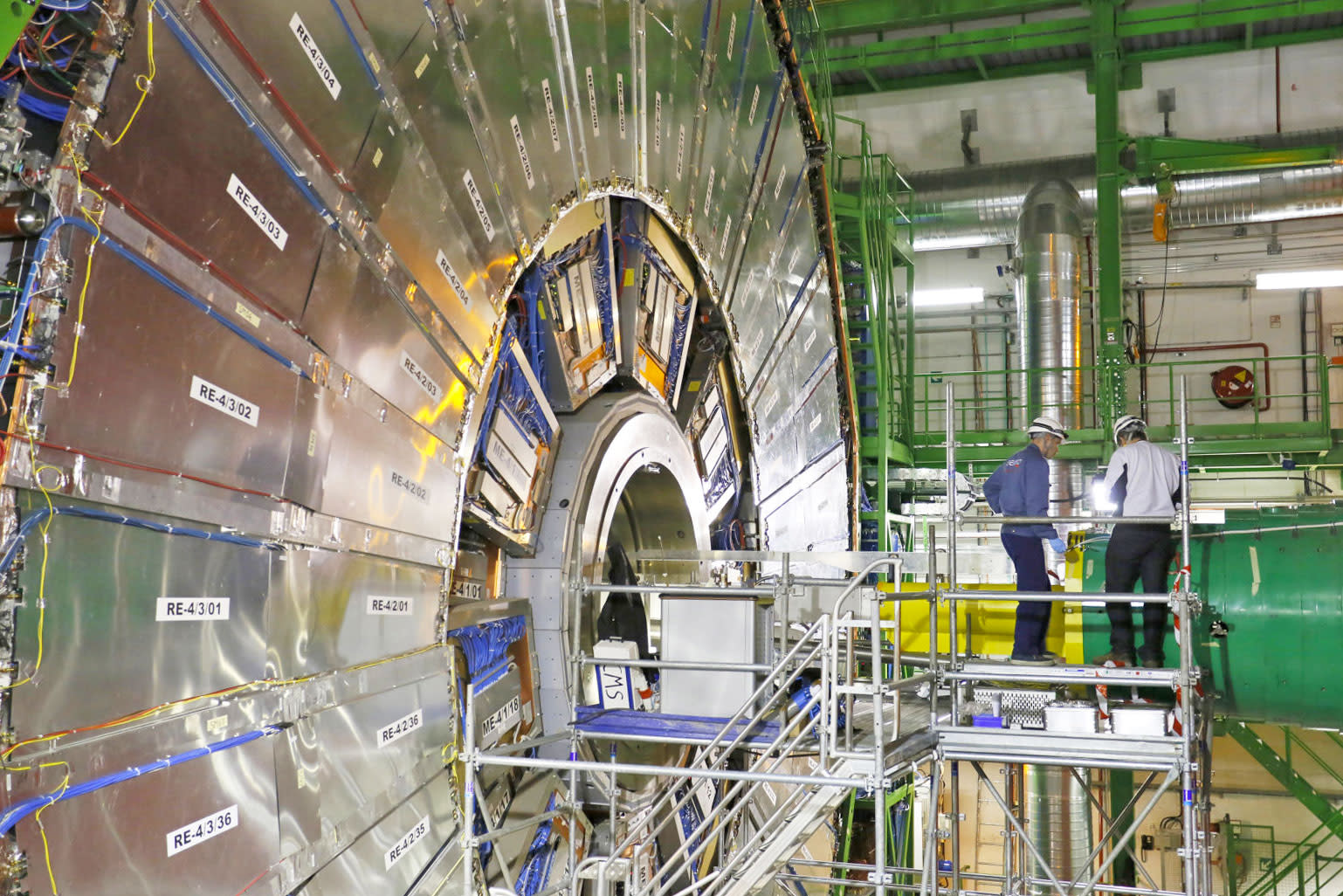 Sorry, folks: CERN didn't mean to get your hopes up. Researchers have determined that Large Hadron Collider data suggesting a possible new particle was really just a "statistical fluctuation." Additional data collected over the course of the past several months reduced the unusual diphoton "bump" to a significance of 2 sigma, or well below the 5 sigma needed for a discovery to be considered authentic. It's just unusual that scientists saw a blip like this at both the ATLAS and CMS experiments, ATLAS' Dave Charlton explains to Scientific American.

Not that CERN sees the LHC's post-reboot operations as a waste. Its teams have collected roughly five times more data in 2016 than they obtained last year, and have spotted the elusive Higgs boson with higher certainty than they had the first time around. Moreover, the LHC is exceeding its hoped-for specs. It's surpassing its intended luminosity (collisions per second), which should help it spot even the rarest physics events at extremely high energy levels. While it may take a long time for results to emerge, the collider could be well on its way to making new discoveries that hold up under scrutiny.

In this article: atlas, cern, cms, CompactMuonSolenoidDetector, gadgetry, gadgets, largehadroncollider, lhc, particle, particleaccelerator, physics, science
All products recommended by Engadget are selected by our editorial team, independent of our parent company. Some of our stories include affiliate links. If you buy something through one of these links, we may earn an affiliate commission.