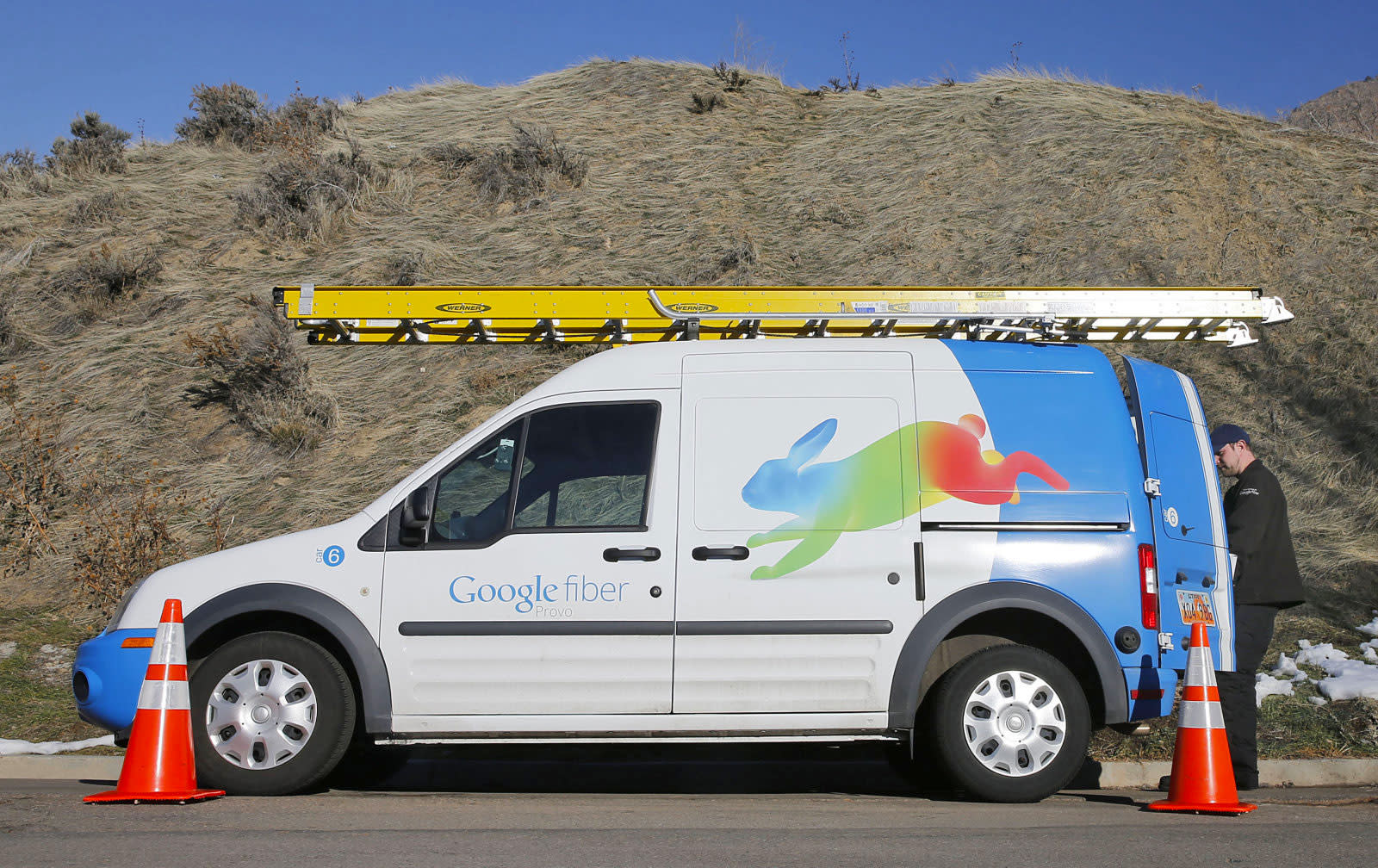 According to an FCC filing, Google Fiber's next experimental stage is nigh. The tech titan is purportedly seeking permission to test high-speed wireless broadband in 24 US locations, including 12 cities, for a period up to 24 months. Their goal: hook a bunch of company men up and try out experimental transmitters over the 3.4 to 3.8 GHz frequency range.

Some of the locations include those where wired Fiber is already operating, like San Francisco, but not all, like Boulder, Colorado, Provo, Utah and Reston, Virginia, as Re/code points out. The company chose said cities for their radio propagation environment, buildings and foliage to test interference, pre-existing Google infrastructure and "existence of partners who may participate in the tests," according to the filing.

This may be in part referring to Webpass, the ISP Google acquired back in June that already served point-to-point wireless and fiber internet to tens of thousands of customers. Crucially, delivering it over the air bypasses many regulatory requirements for wiring homes up directly to a telecommunications grid. But any further specifics on this round of testing requires more digging: over a hundred items are redacted in the 34-page FCC filing.

But if you happen to be in one of the test cities, don't get your hopes up yet: The company notes in the filing that these tests won't involve the average user. Only Google employees, contractors and "trusted testors" under close supervision will get to try out the wireless fiber. Until the testing goes public, we'll all have to wait. Patiently.

In this article: fiber, FiberInternet, gear, google, GoogleFiber, internet, WebPass
All products recommended by Engadget are selected by our editorial team, independent of our parent company. Some of our stories include affiliate links. If you buy something through one of these links, we may earn an affiliate commission.