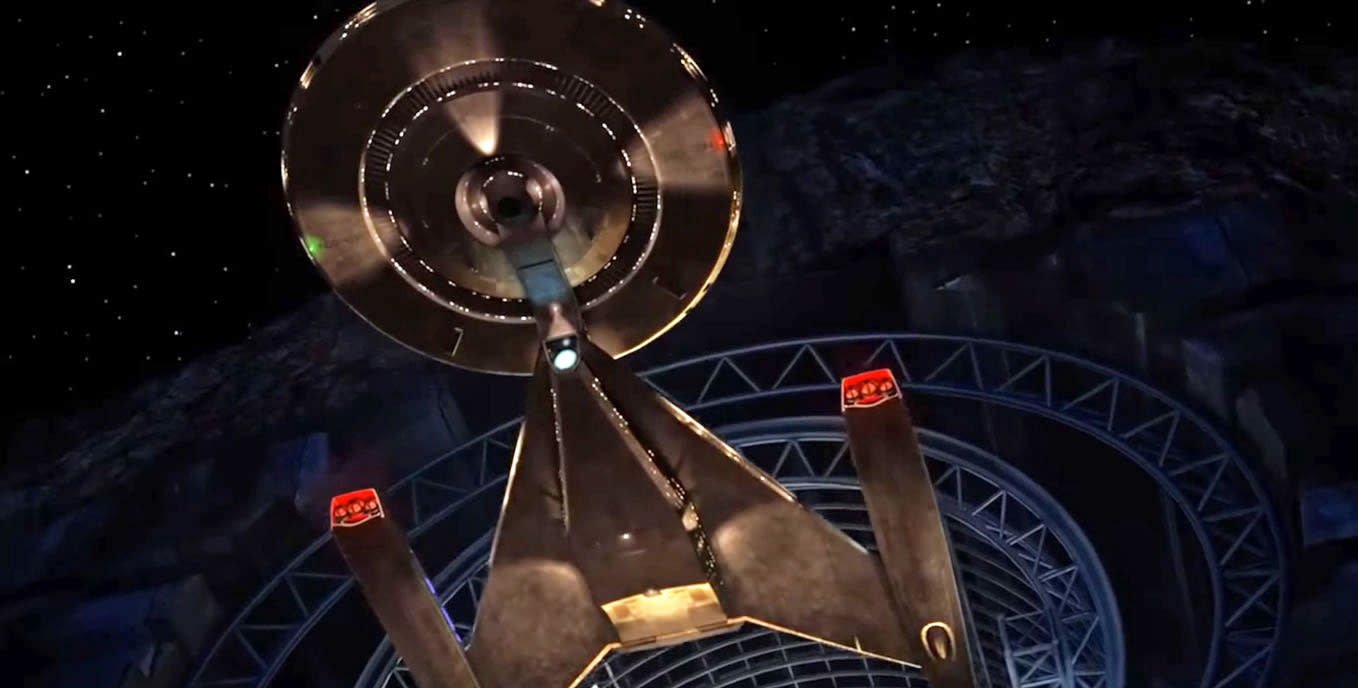 It was Bryan Fuller's turn to take the stage at the Television Critics Association press tour and spill the beans about his vision for Star Trek. The producer has revealed that Star Trek: Discovery will be set roughly a decade before the original Trek and will be set in the prime universe. Fuller has also explained that the sets and uniforms will be closer to 1966's primary-colored hues than the gunmetal grey and denim of Enterprise. In addition, the series will be 13 episodes long and serialized, with each episode a chapter, although each episode will have a satisfying resolution for HBO-phobic fans.

"Each episode is a chapter, within each chapter will be a beginning, middle & end." #StarTrekDiscovery EP @BryanFuller on new series

Fuller also explained his thoughts and feelings about the cast, saying that it'll be far more diverse than previous shows, with more aliens in the credited cast. The lead character will be a woman, and the producer has often spoken of his desire to see Angela Bassett and Rosario Dawson in Starfleet uniforms. Much like TOS and TNG, the main ensemble will have seven characters, of which at least one will be LGBT* and another could be a robot. Unlike the last six Star Trek TV shows, the lead character will not be the captain of the USS Discovery, but a Lt. Commander.

#StarTrekDiscovery will see more aliens in cast than in past, & EP @BryanFuller says series will uphold tradition of diverse cast. #TCA16

Fuller is quoted by Variety as saying that Discovery will be about "an incident in the history of Starfleet that had been talked about but never fully explored." This event comes from the original series' bible but was never seen, and we're sure that tidbit alone will send thousands of fans to Memory Alpha. In addition, we're likely to see Section 31 pop up (oh, goody) and Spock's mother, Amanda Grayson, will appear in some capacity.

Filming on Star Trek: Discovery begins in October, and the show will arrive on CBS: All Access (and Netflix) in January 2017.

In this article: av, BryanFuller, Discovery, entertainment, StarTrek, StarTrekDiscovery, USSDiscovery
All products recommended by Engadget are selected by our editorial team, independent of our parent company. Some of our stories include affiliate links. If you buy something through one of these links, we may earn an affiliate commission.