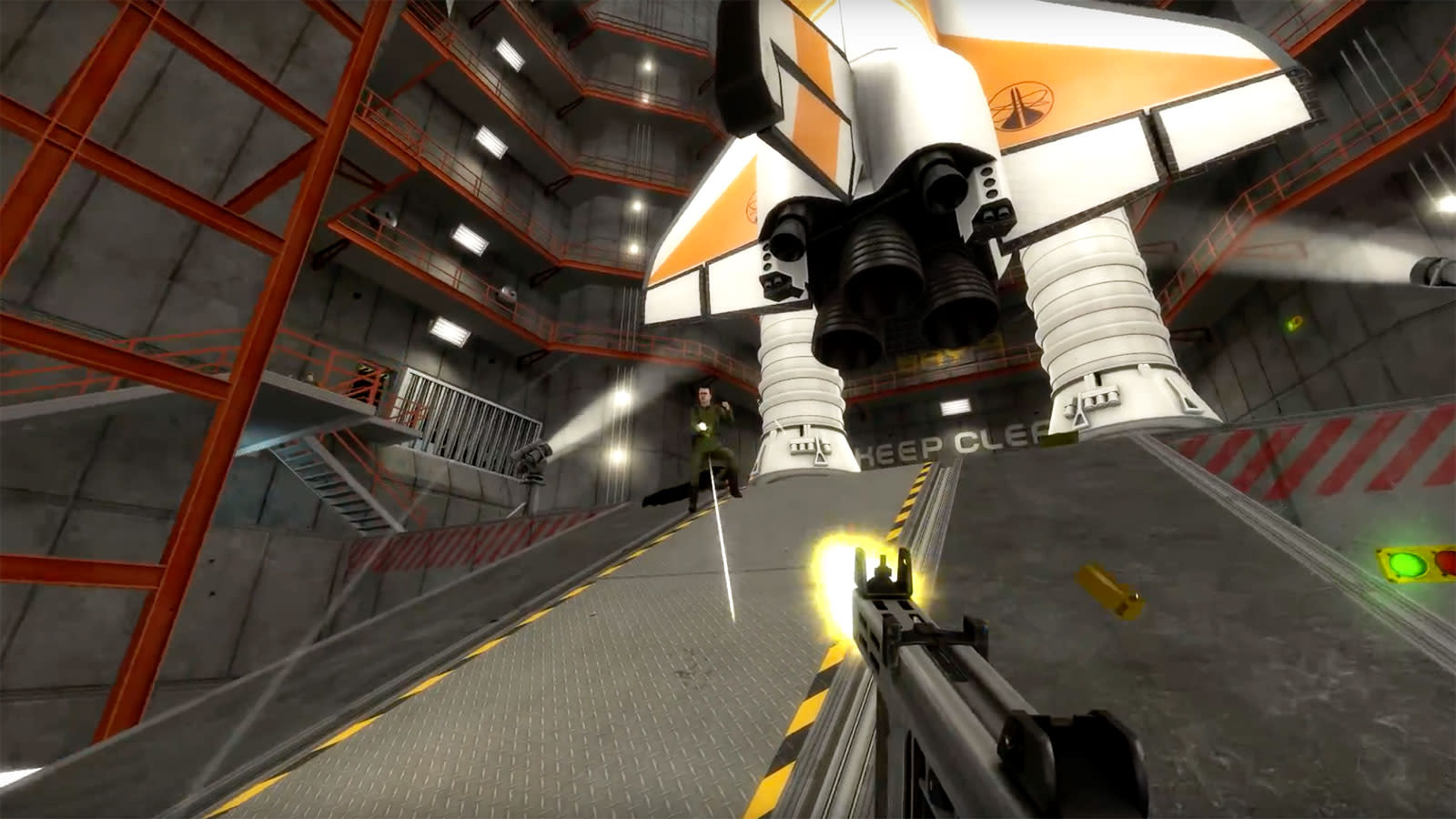 Veterans of the Nintendo 64 likely remember Goldeneye 007, a surprisingly great adaptation of the James Bond film released in 1997 that changed shooters forever. After the 2004 release of Half-Life 2, itself a milestone propelling the genre forward, fans started toying with remaking their favorite old game with the graphics engine powering their new one. While they've sporadically released versions of Goldeneye: Source since then, the team is finally unveiling its first update in three years, a full overhaul that's free to download and play.

There have been other reimaginings of the N64 classic, but like this remake of the "Facility" level in the Unreal 4 engine, they've all been tech demos rather than wholly updated versions. (As purists, we refuse to consider the 2010 redux for the Wii or its subsequent Xbox 360 and PS3 ports, which merge the old story with Daniel Craig's likeness and harder style of the current Bond films.) Goldeneye: Source has 25 multiplayer maps, 10 game modes and all 28 weapons from the original game: Fire it up and you can blast your friends just like you did almost two decades ago when it was first released.

Unfortunately, a complete nostalgia trip is impossible, as there's no single player mode. According to the FAQ, the team just doesn't have the resources or number of developers to create one — which makes sense, as nobody was paying the team to create this labor of love. But it is the most holistic version of the classic shooter, a great trip down memory lane... And a reminder of how far we've come in the 19 years since it first came out.

If that doesn't make you feel old, scroll down to the bottom of the FAQ, where the team answers why crosshairs aren't visible — because back in the day, games had auto-aim and you just sort of shot in front of where your character was facing... It was a different time, okay?

In this article: gaming, GoldenEye, Goldeneye Source, goldeneye-007, nintendo, personal computing, personalcomputing
All products recommended by Engadget are selected by our editorial team, independent of our parent company. Some of our stories include affiliate links. If you buy something through one of these links, we may earn an affiliate commission.