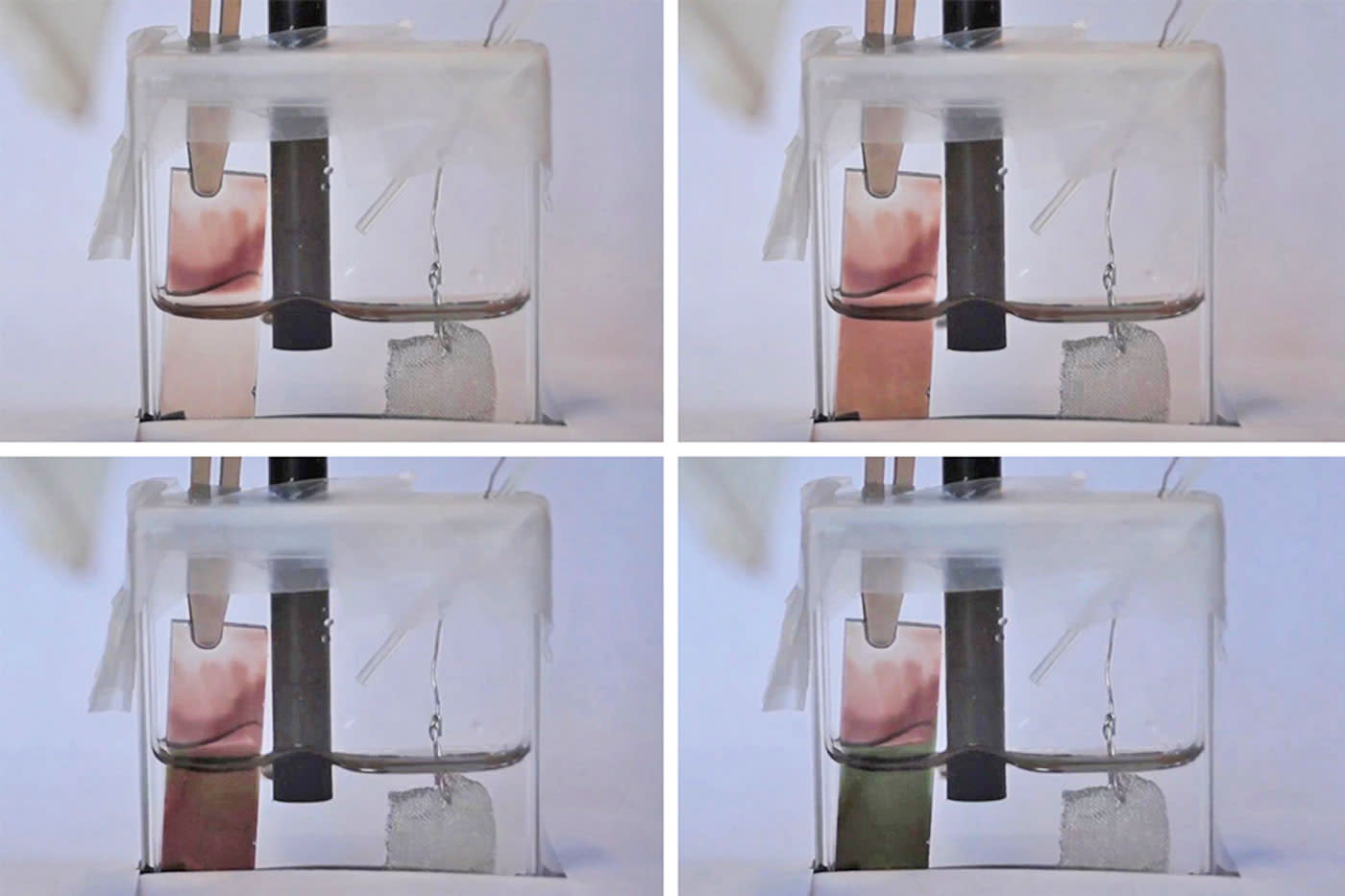 Imagine not having to use curtains or blinds anymore. Instead of covering your windows when the sun's too strong, you simply have to flip a switch to turn them completely opaque. A team of MIT researchers have developed a method that could make that scenario a reality. Their technique uses electrochromic materials that can instantly change the color of glass from transparent to nearly black by applying a bit of electricity. It's certainly not the first method developed to change a window's color, but according to the researchers, their creation has a much faster response time and requires lesser energy.

Other techniques take a few minutes to change the shade of the material, and some can't achieve the opacity that it can. Further, there are methods that need a constant flow of voltage for the window to remain opaque. This one only needs electricity when switching colors -- the window can remain in its nearly black state without being connected to a source of energy.

To make sure it has near instantaneous response time, the researchers used sponge-like materials called metal-organic frameworks that can quickly conduct electrons and ions. Electricity is applied to give the window a negative charge, and positive ions attack in an effort to neutralize it. That is what causes the color-changing effect. They also mixed two different chemicals that dye the window red and green to get to a color that's very nearly black.

MIT professor of chemistry Mircea Dincă said the technique could lead to "pretty significant energy savings" by reducing the need for air conditioning. "You could just flip a switch when the sun shines through the window, and turn it dark," he added. He also believes that it could lead to low-power smart displays, similar to e-ink found on Kindles. While the researchers already proved that their method works in the lab, they still need to create an actual working sample to entice investors and get their creation into our homes.

In this article: energy-saving, green, home, mit, science
All products recommended by Engadget are selected by our editorial team, independent of our parent company. Some of our stories include affiliate links. If you buy something through one of these links, we may earn an affiliate commission.