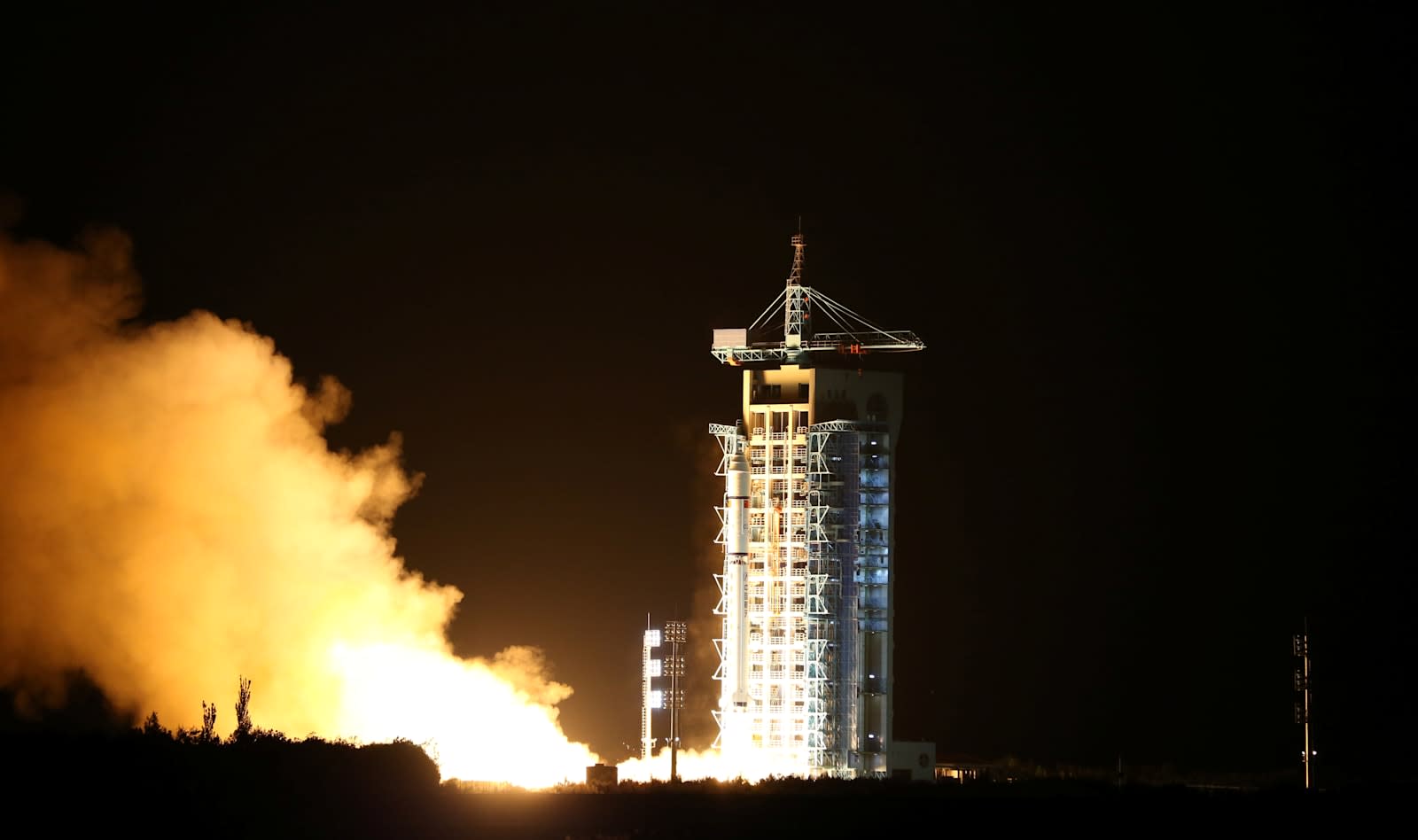 China has made history by launching the first ever quantum satellite developed by a team of Chinese and Austrian scientists, according to state-run media and The Wall Street Journal. If it works just as planned, then it signifies the beginning of a communications network that no hacker can infiltrate. See, a quantum-enabled network relies on the laws of physics rather than on common techniques for encryption. This satellite, which is named after the fifth century BC Chinese scientist "Micius," reportedly carries a crystal that can encode data and encryption keys in quantum particles beamed back to Earth.

Only authorized ground bases can read the encoded data, because the particles are destroyed if anybody else tries to decipher whatever is in them. As Gregoir Ribordy of Geneva-based quantum cryptography firm ID Quantique told the WSJ, "If someone tries to intercept [a particle] when it's being transmitted, by touching it, they make it burst." Further, the bases will know if someone tried to tamper with their data, since their computers can monitor changes in the particles' state. Clearly, a quantum-enabled network will beef up China's defenses against cyber spies deployed by other superpowers. It won't, however, boost the country's ability to launch cyberattacks.

Scientists from US, Japan, Canada and various parts of Europe have been pushing for the development of their own quantum communications systems. Unfortunately, their countries' governments haven't been as willing to invest in the development of the technology. While China's state media didn't mention how much was spent to build Micius, the WSJ notes that it forked out $101 billion for the research phase alone.

The team behind the project will test if the system works by beaming data to ground bases in Beijing and Vienna once the satellite is ready. If all goes well, China plans to deploy 19 more satellites or so to form a network that covers the entire planet.

In this article: china, micius, quantumcommunicationssatellite, science, security, space
All products recommended by Engadget are selected by our editorial team, independent of our parent company. Some of our stories include affiliate links. If you buy something through one of these links, we may earn an affiliate commission.