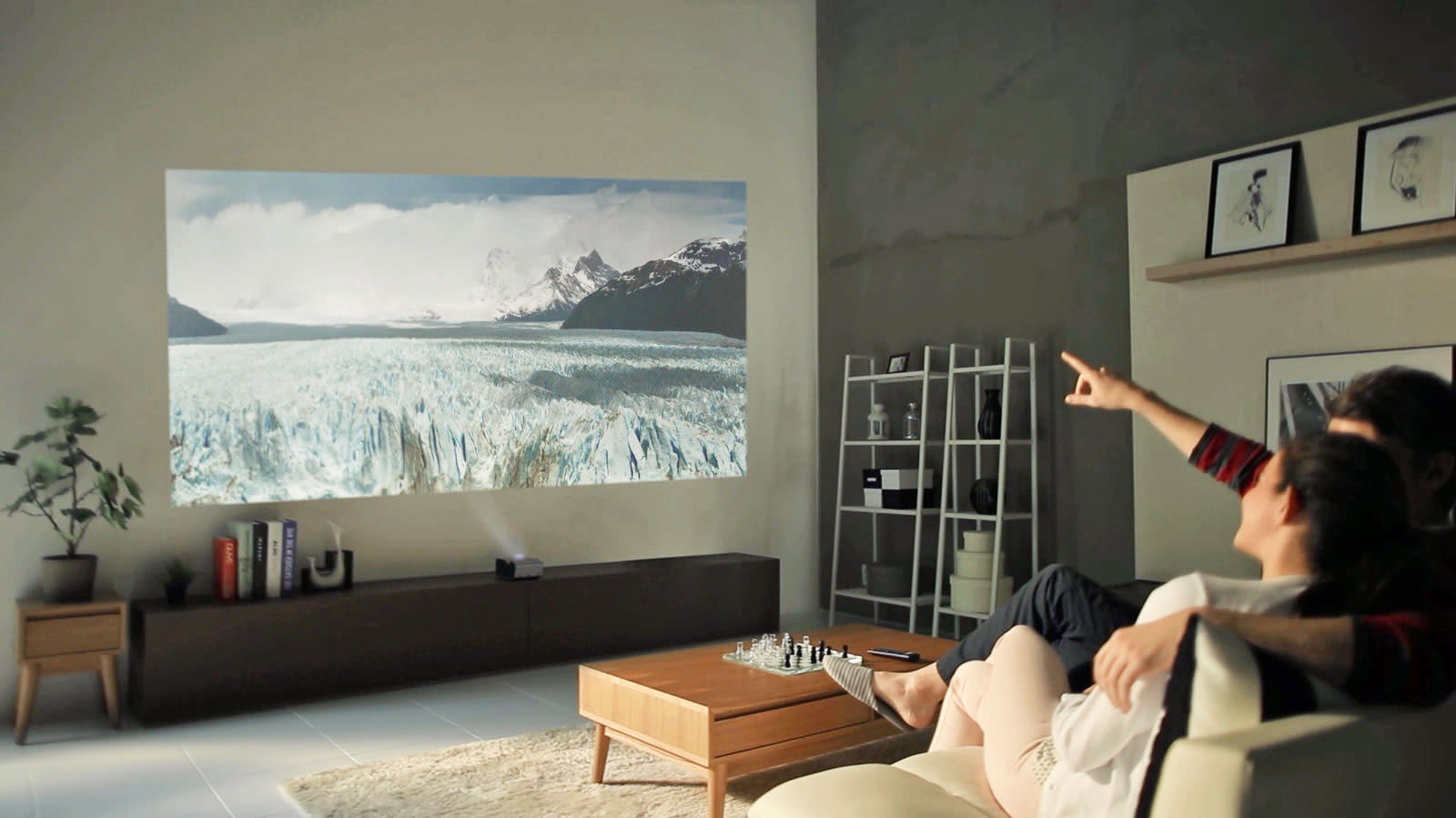 For the very truly dedicated cord-cutters out there, LG has just announced two new portable, battery-powered projectors that can be set up blissfully free of any audio, video or power cables. The two models in LG's Minibeam lineup will debut next month at IFA 2016 in Berlin and hit retailers in the US shortly after.

First up is the PH450U (and the PH450UG version with built-in TV tuner), which LG claims is among the brightest battery-powered, short-throw projectors at 450 lumens. The projector only needs 13 inches of distance to put up an 80-inch screen, and can actually be set up sideways to project an image on any horizontal surface -- in case you want to project some trippy visuals on the dance floor at your next house party. According to LG's estimates, users should be able to get about two and a half hours of screen time out of the internal battery, so you won't be having any outdoor Godfather marathons without a backup battery just yet, but you can still stream a couple episodes of Stranger Things in your blanket fort before you need to plug in. The PH450G will retail for $649.99 when it goes on sale in September.

The second addition to the Minibeam lineup, the PH150G comes in at a diminutive 1.1 pounds for a cool $349.99. While the less expensive model needs more room to work, it can put up a 100-inch screen and has the same two and a half hour battery life as its short-throw sibling. (At 150 lumens, the brightness rating also takes a hit.) Both models offer wireless mirroring or streaming from a smartphone or tablet, plus the ability to stream audio out to Bluetooth headphones, portable speakers or home audio setup.

In this article: gadgetry, gadgets, gear, lg, mobile, portableprojector, Short-throwProjector
All products recommended by Engadget are selected by our editorial team, independent of our parent company. Some of our stories include affiliate links. If you buy something through one of these links, we may earn an affiliate commission.