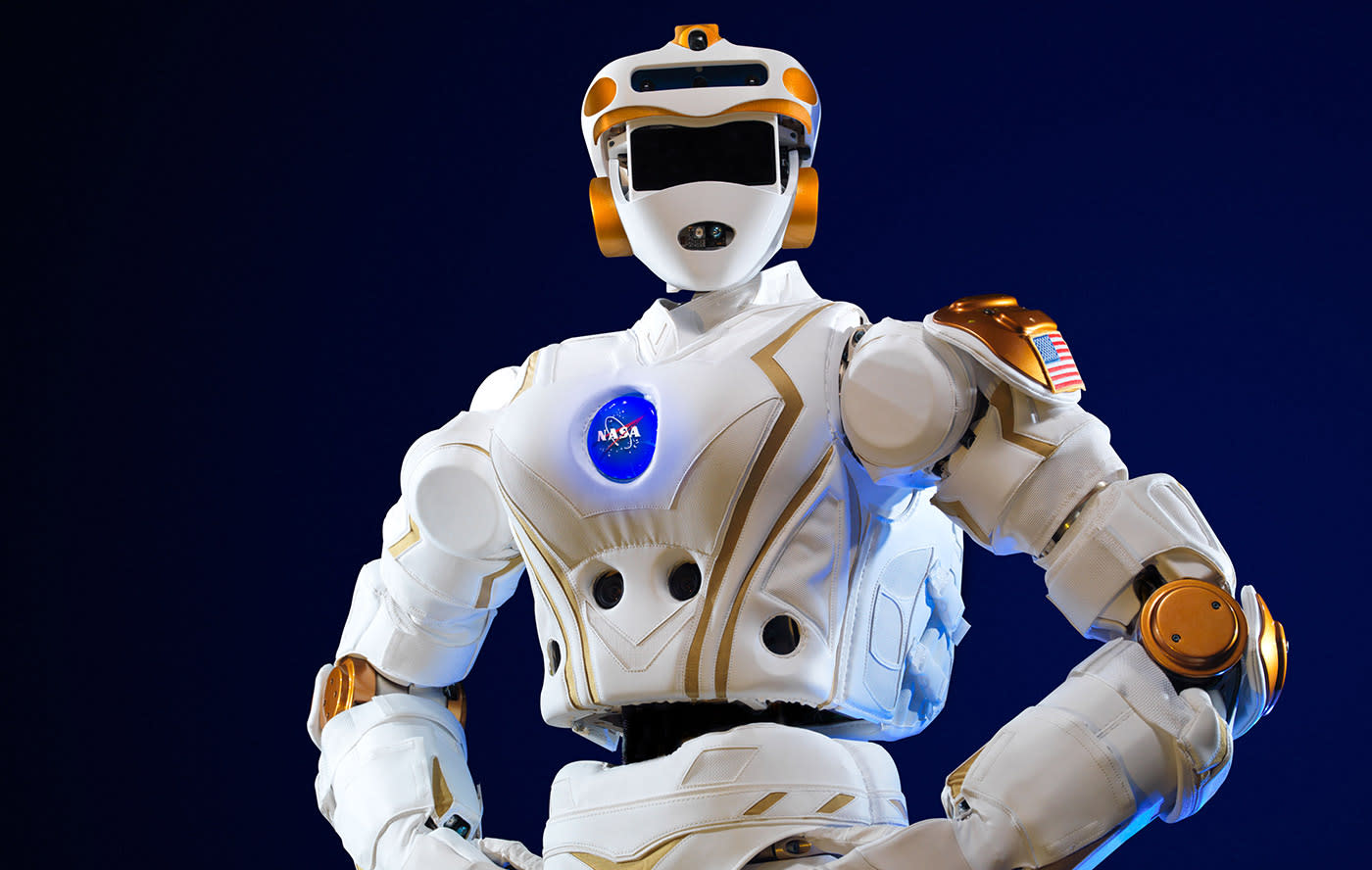 NASA has formally opened registration for its Space Robotics Challenge, and to win a cut of the $1 million prize purse, researchers have to help prep Valkyrie for Mars. Also known as Robonaut 5 (R5), Valkyrie is the six-foot-tall, 290-pound humanoid robot the agency developed for deep space missions. It could be sent ahead of astronauts to prepare their habitats and make sure their final destination is safe to live in, or even to places too harsh for the human body. Participating teams will have to program a virtual R5 to complete a series of tasks that the robot will likely have to deal with after a dust storm wreaks havoc on Mars.

They'll have to find a way to make the virtual robot successfully align a communications dish, repair a solar array and fix a habitat leak. Thankfully, Valkyrie doesn't need food, so they won't need to make it plant potatoes in the simulation. What they do need to figure out, though, is how the robot can accomplish all those with the added trouble of a communication delay between Earth and the red planet. Hey, the dust storm was supposed to have knocked out the communications dish, after all.

The agency has been planning this contest since 2015 and even sent two Valkyries to MIT and Northeastern University in Boston to get them ready for the competition. Interested research teams can register until September 16th, since the two-month-long qualifying rounds will begin three days later. The finalists that will be announced in December will demonstrate their simulation in June next year. NASA says whatever technologies the teams develop will be transferable, which means actual Valkyries and even their predecessors can use them.

In this article: mars, nasa, robonaut5, robots, science, space, valkyrie
All products recommended by Engadget are selected by our editorial team, independent of our parent company. Some of our stories include affiliate links. If you buy something through one of these links, we may earn an affiliate commission.