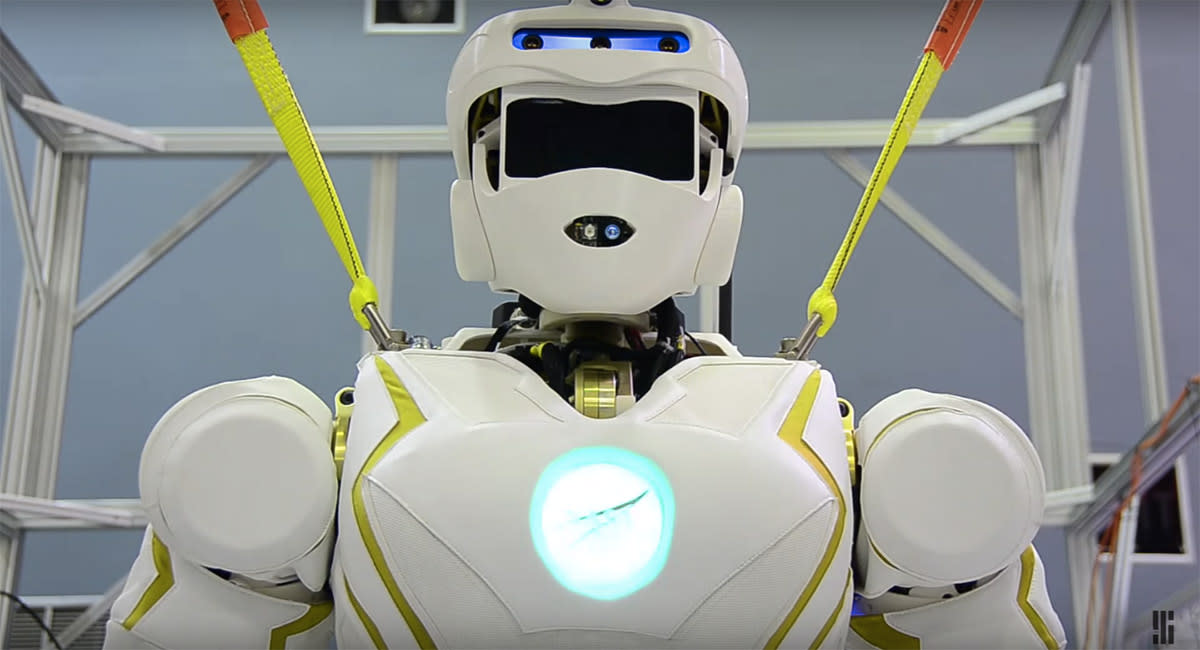 NASA wants to send its 6-foot-tall, 290-pound humanoid robot R5 (which also goes by the more intimidating name "Valkyrie") to Mars and other extraterrestrial locations. The agency originally designed the R5 for search-and-rescue missions, though, so to prepare the machine for a future of exploration in harsh environments, it's sending two units to college. One will go to MIT, specifically to the Computer Science and Artificial Intelligence Laboratory (CSAIL), and the other to Northeastern University in Boston. The institutions were chosen from among the groups that joined DARPA's Robotics Challenge, and each will receive $250,000 per year for two years to finance their research.

The MIT CSAIL team's study is called "Robust Autonomy for Extreme Space Environments," while Northeastern's is entitled "Accessible Testing on Humanoid-Robot-R5 and Evaluation of NASA Administered (ATHENA) Space Robotics Challenge." Part of their work is to develop algorithms for the robot for NASA's upcoming Space Robotics Challenge, which aims to "create better software for dexterous humanoid robots used in space missions." The agency believes that in the future, it could send an army of R5s (along with other humanoid machines) to planets or moons to prepare for a human crew's arrival, to assist in various tasks when the crew arrives and to explore rough extraterrestrial terrains too dangerous for people.

In this article: CSAIL, MIT, nasa, northeasternuniversity, r5, space, valkyrie
All products recommended by Engadget are selected by our editorial team, independent of our parent company. Some of our stories include affiliate links. If you buy something through one of these links, we may earn an affiliate commission.