The machines that rose to DARPA's robotics challenge

Everlasting Love is worth the effort 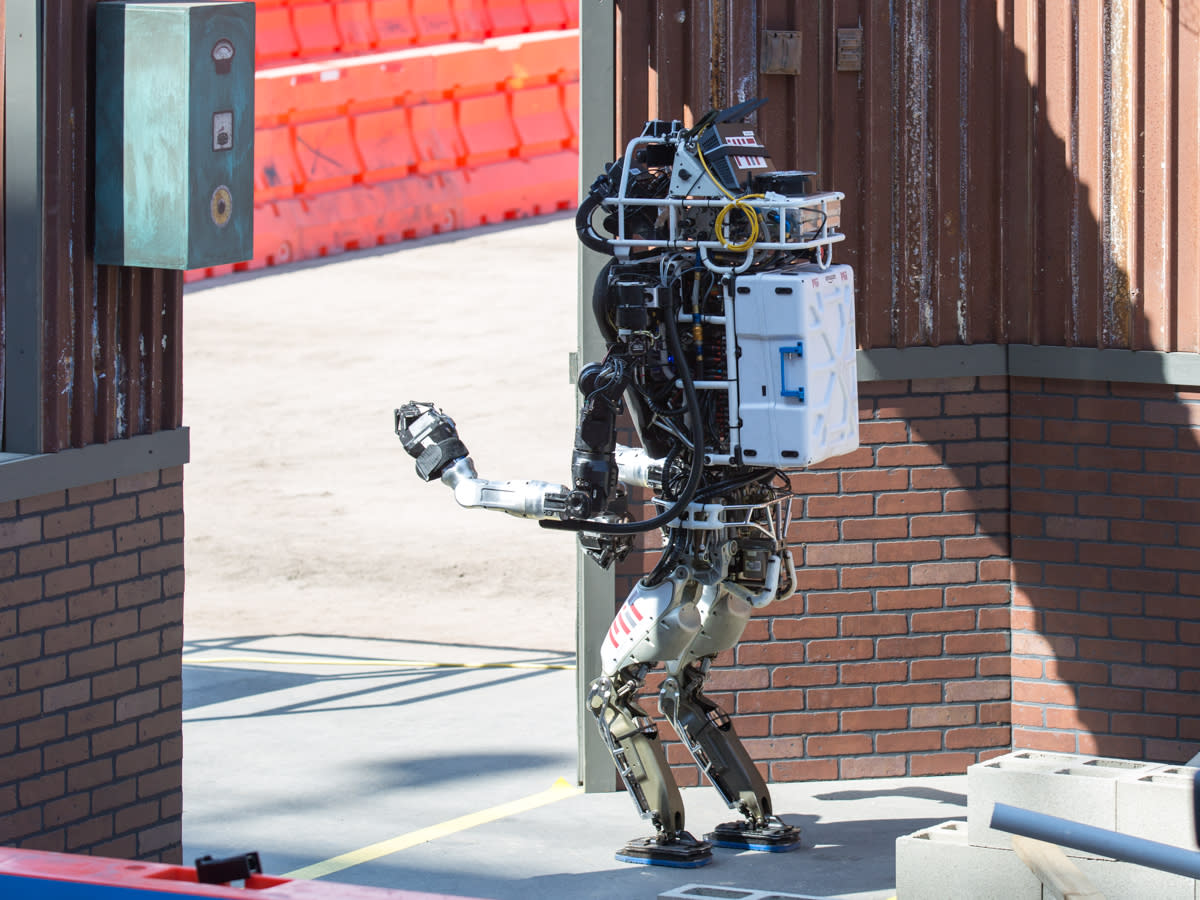 The robot apocalypse has been postponed. At DARPA Robotics Challenge in California, where the world's best and brightest robots came to compete, the machines were far from invincible. They moved at a glacial pace, stumbled and slammed to the ground and lay there motionless until their teams of humans came with a rig to pick them up. But their falls and flaws revealed how vulnerable they are, and actually made them seem more human in the process. These machines exhibited grit, intelligence and dexterity that could potentially make them stellar first-responders in disaster situations in the near future.

DARPA launched the robotics challenge as a response to Japan's Fukushima nuclear disaster in 2011. And the agency's been putting robots to the test for the last couple of years. It's their way of pushing robotics to create advanced machines that can go in as first-responders instead of humans. Despite their benefits, though, robots are often dreaded. But the machines at the two-day robotics challenge had the crowd cheering wildly, gasping loudly and jumping out of their seats in support and anticipation.

Unlike DARPA's previous tests, the 23 competing robots were untethered this time. They had to complete an obstacle course that was designed to simulate a disaster building. Each robot needed to drive in on an ATV, step out of the vehicle, open and walk through a door, rotate a valve, drill a wall before either walking on or through a patch of rubble. In the end, they had to climb a small flight of stairs to finish on an elevated plank.

The robots spent more time standing still, as if carefully contemplating their next steps, than being on the move. Eventually, after many many minutes, most of the machines plodded along and proceeded to complete the tasks. But they were not entirely autonomous. They relied heavily on a human operator for completing tasks and navigating the staged debris. While robots can scan and measure spaces in an instant, in a way that a human can't, they lack the ability to make judgments on the fly. So these machines were equipped with sensor suites and 3D scanners that mapped the environment and acted as the eyes for a human operator, who sat about a quarter of a mile away. The many losses and exciting triumphs in this challenge were a collaborative effort. If the final race was any indication of the future of the robots, it seems they need humans more than humans need them. In the end, this was an epic battle of perception, human-machine coordination and dexterity. Team KAIST from South Korea finished first and took home $2 million in prize money. Their robot DRC Hubo, a humanoid, completed all eight tasks and ended up with the quickest time in the race – 44:28 minutes. Even though most of the robots in this contest were humanoids, what makes Hubo unique is that it can transform at will. It has a pair of wheels attached to its knees, so it folds over to roll over tough terrain. It's also equipped with an internal air-cooling system that improves the efficiency of its innards.

The second spot, a $1 million prize, went to another humanoid. Team IHMC Robotics from Florida entered with Running Man, an Atlas robot supplied by Boston Dynamics. Their lab at the Institute of Human and Machine Cognition in Florida advances walking and balancing algorithms to make a humanoid robot more stable. Their final time was about 50 minutes.

Carnegie Mellon University's CHIMP robot, a swanky red machine with extra long arms, came in third to win $500,000. The team, Tartan Rescue, built the robot in a way that it can either roll like a tank or drive on all fours to get past obstacles in its way. CHIMP had a fall like many of its competitors in the race. But, it was the only robot that got back up on its own. Overall, it scored eight points like the first two winners, but its final time added up to 55:15 minutes.

In this article: chimp, DARPA, DarpaDRC, NASA, Robotics, RoboticsChallenge, Robots
All products recommended by Engadget are selected by our editorial team, independent of our parent company. Some of our stories include affiliate links. If you buy something through one of these links, we may earn an affiliate commission.