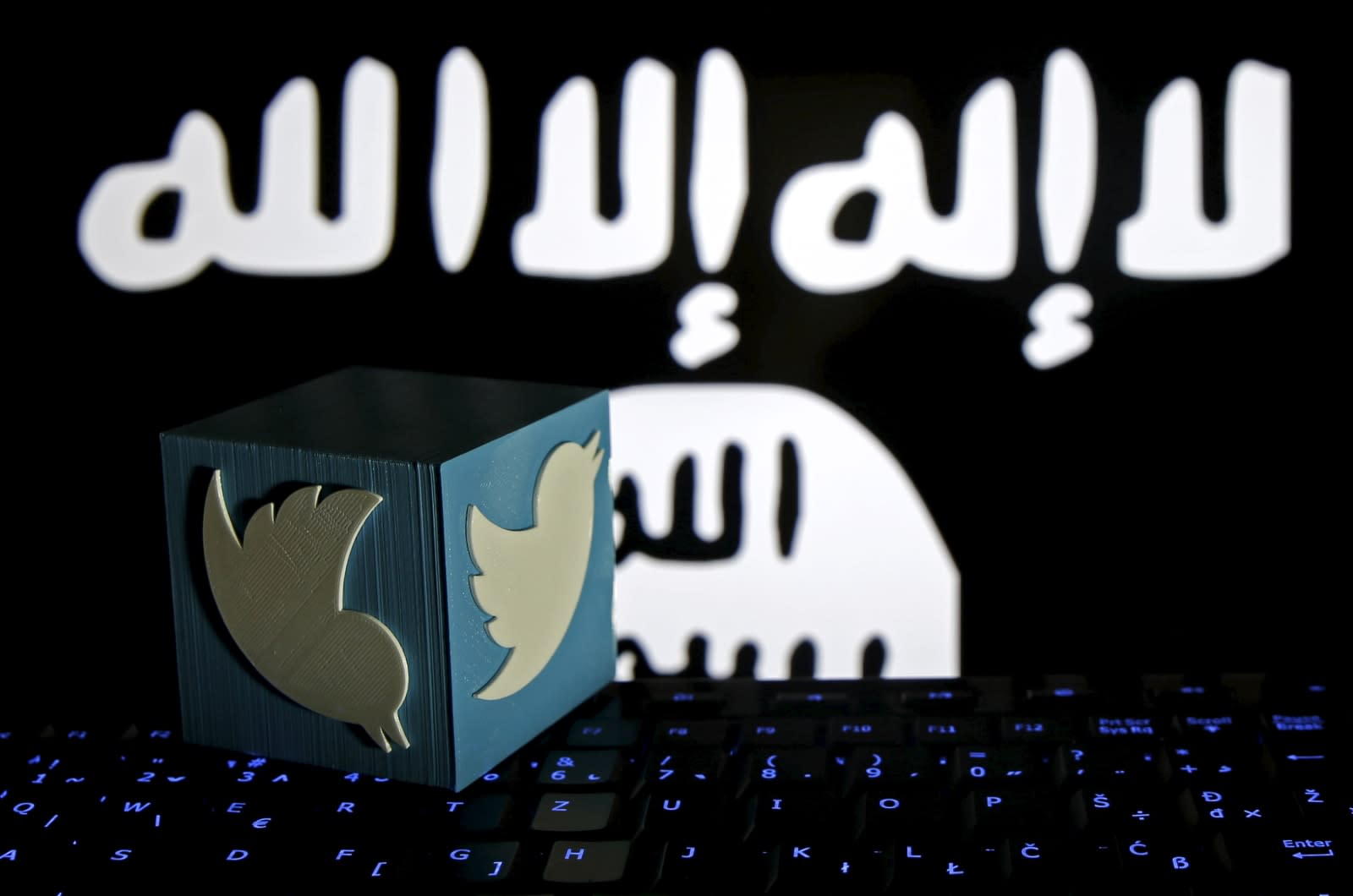 For years, Twitter was the free speech bastion it aspired to be, maintaining a hands-off approach enabling a liberated forum yet allowing hate speech to flow across its channels. Amid criticism and pressure to stop extremist groups from using its services for coordination and recruitment, the social media company began cracking down in mid-2015. Today they announced that over the past six months, the company has suspended 235,000 accounts suspected of promoting terrorism, bringing the total to 360,000 since last year.

Over its lifespan, Twitter has avoided directly monitoring and filtering content, preferring instead to let users flag offensive tweets for it to screen at its leisure. The result has been policing that's irregular at best, which critics claim fostered a safe haven for bullies and racists: to wit, it took years for the service to finally block one of its most reported pitchfork-rallying trolls last month. This hesitance to step in is haunting the company as evidence surfaced that it refused to take down key content posted by ISIS proponent and cleric Anjem Choudary after he was arrested in 2014. Only after news broke about it earlier this week did his account disappear.

Thus Twitter's increasing vigilance of suspected terrorist activity: Daily suspensions for violating its prohibition on supporting extremism are up 80 percent from last year. In addition, it's expanded its teams reviewing reported violations, is moving faster to suspend accounts and improving its ability to sniff out banned users returning with new usernames. How effectively these actions will curb terrorist support and communication on the platform has yet to be seen.

In this article: culture, extremism, internet, security, terrorism, twitter
All products recommended by Engadget are selected by our editorial team, independent of our parent company. Some of our stories include affiliate links. If you buy something through one of these links, we may earn an affiliate commission.