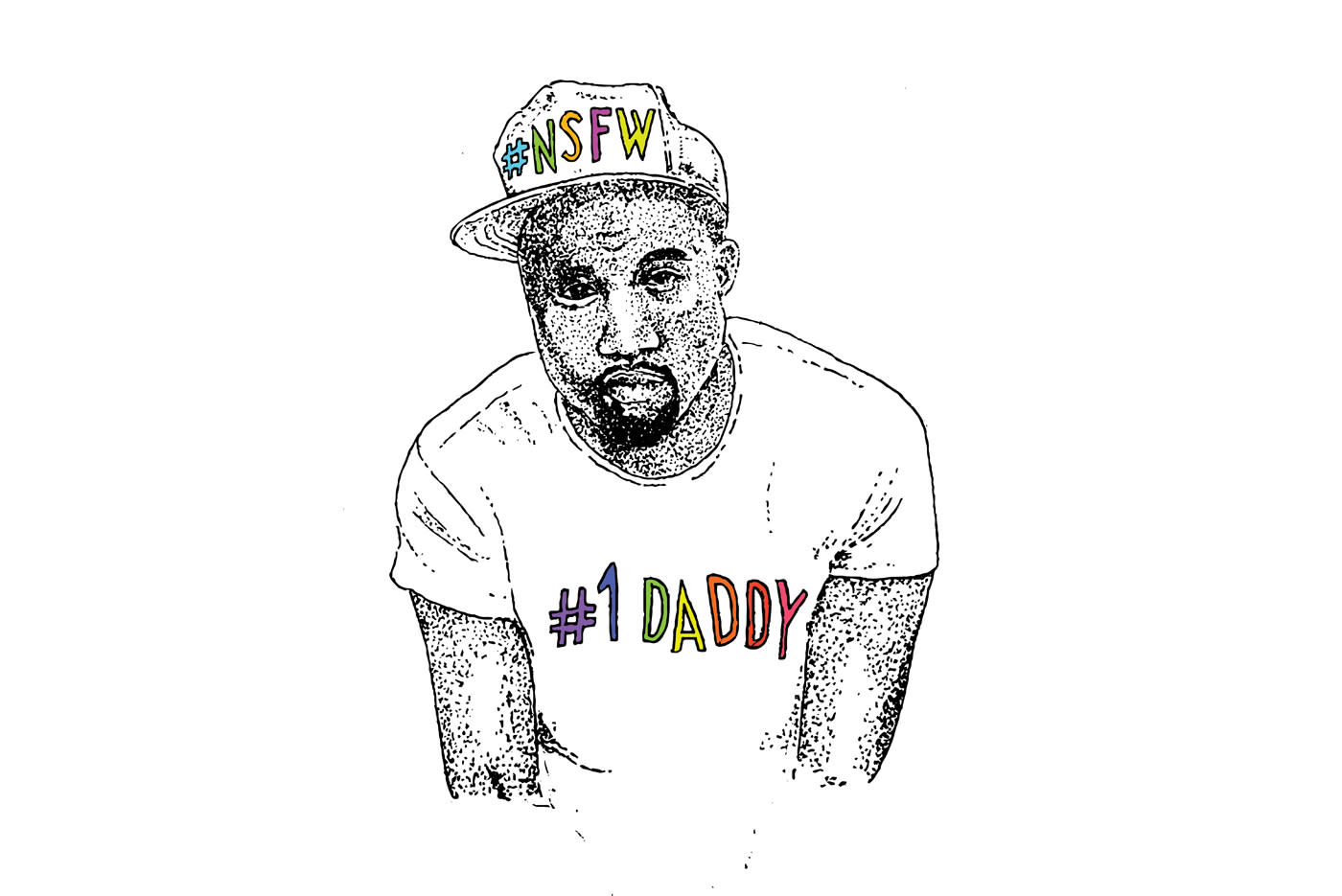 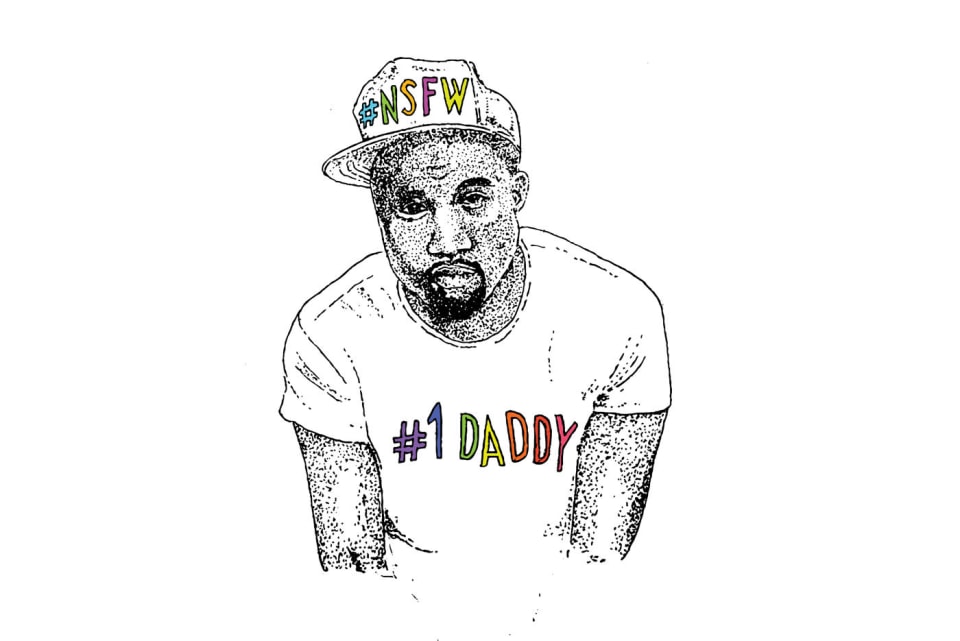 On Nov. 11th, 2014, Kim Kardashian's ass broke the internet. Her iconic posterior, photographed by Jean-Paul Goude, graced the cover of Paper magazine and became an instant meme. Like a pillow-y flesh bomb, Kardashian's butt exploded into a firestorm of praise and disgust. The New York Times warned of the perils of a massive ass, while social networks and daytime talk shows teemed with hot takes about the young mother's butt.

In the wake of Kim's ass-plosion, a strange revelation emerged about millennial online behavior.

Kardashian supporter Lorde responded to the image on Twitter with a simple "Mom," causing gossip hounds to speculate that she was questioning Kim's parenting skills. Lorde responded as follows:

"Omg haha ok so. time to explain this. i retweeted kim's amazing cover and wrote 'MOM', which among the youthz is a compliment; it basically jokingly means "adopt me/be my second mom/i think of you as a mother figure you are so epic"

An article by Kristin Harris for BuzzFeed further demystified the phenomenon, saying that the familial term of endearment was widely used by young fans to show appreciation for celebrity role models who "give them life." Where there's a "Mom" there's often a "Dad," and, naturally the internet has chosen Kardashian's husband, Kanye West, as its adopted father.

But a cursory look at West's Twitter timeline shows playing house isn't always that innocent. For the internet's #1 Dad, things often take a turn for the incestuous. The seemingly benign "Dad" has morphed into "Daddy," which has given way to the sexual (fuck me, Dad) and masochistic (fuck me up, Dad). These cries for paternal affection and their various permutations are amplified sometimes hundreds of times over in the forms of likes and RTs.

On July 11th, West tweeted a picture of his wife on the cover of Forbes with the caption "I am very proud of my wife for her Forbes cover story." That otherwise innocent post pulled in at least 10-plus replies referring to Kanye as "Dad" or "Daddy," one "Papa love me," a "Fist me daddy," a handful of uncensored slides from Kardashian's sex tape and at least one person who found this whole "daddy" thing a little perplexing. Whether it's a post about a new pair of Yeezys or Tidal's beef with Apple, no tweet is safe from the daddy chasers.

@kanyewest why is it that only weird white kids call you Dad?

Yes, a small but noticeable group of Twitter users are using the social-media platform to express their desire for a celebrity father figure, one who will use them and abuse them. The phenomenon isn't isolated to Kanye, either. Former One Direction-er Zayn Malik, Justin Bieber and a host of other childless celebrities have inspired the same sort of incestuous outbursts. In short, Twitter has daddy issues.

Twitter's hopeful sugar babies aren't bots as you might expect. They're real people, superfans, meme addicts, professional trolls. Their timelines are packed with sometimes culturally insensitive memes, pics of their favorite rappers, the occasional dick pick or ass shot and retweets upon retweets. They are the same millennials who turned one boy's white Vans into a cultural phenomenon.

This public display of familial lust is so much more than a simple Twitter meme, though. It's a perfect representation of the social network's weird relationship with First Amendment freedoms.

On the one hand, Daddy Issues Twitter represents the best of the social network's approach to First Amendment protection, with its seemingly harmless, but no less sexually explicit fanfare. On the other, it's a mild reminder of the harassment brought on by upholding the principles of free speech. Given the digital equivalent of catcalling your best friend's dad isn't exactly the sort of harassment that's landed Twitter in hot water, but unwanted sexual advances are unwanted sexual advances.

As in the real world, freedom of speech on Twitter means taking the good with the bad. The same principles that allow users to tweet their most bizarre incest fantasies are the same ones that have led to wide-scale, unchecked harassment.

Charlie Warzel's recent piece on Twitter's harassment problem posited that the company's dedication to free speech at all costs has turned it into an often-dangerous place for minorities. It's also made it the home of frank depictions and discussions of sex. While Instagram and Facebook openly censor certain words, subjects and images, Twitter's laissez-faire approach to policing expression has made it the anything-goes social network.

While Instagram and its parent company, Facebook, explicitly forbid nudity and sexually explicit content, Twitter prohibits "pornographic or excessively violent media in your profile image or header image" as well as "intimate photos or videos that were taken or distributed without the subject's consent." It also allows users to mark their content as "sensitive media," requiring other users to consent before seeing those posts.

The combination of lax standards and lax moderation has allowed pornography to proliferate, unchecked. Daddy Issues Twitter users also occasionally post nude selfies to show support for their fantasy father figures. In researching this piece, I repeatedly had to shut my laptop to avoid my officemates getting an eyeful of dick. I cherish moments like these because they remind me that Twitter is at its best a forum for free expression, a home for uncensored celebrity nudes, a haven for the sexually deviant.

In the wake of high-profile harassment cases like that of Leslie Jones and Anita Saarkisean, Twitter finds itself in a peculiar position. How does it protect its users from abuse, hate speech, even death threats, while upholding its reputation as a champion of free speech and, thus, frank sexual expression? One man's quest for a father figure may be another man's sexual harassment suit in the making. A seemingly harmless dick pic can, through another's eyes, look like a sign of sexual aggression.

Where do you draw the line when it comes to censorship? In response to Warzel's BuzzFeed article, Twitter said: "We are going to continue our work on making Twitter a safer place. There is a lot of work to do but please know we are committed, focused and will have updates to share soon."

As that work gets underway, Twitter will have to make hard decisions about complex issues surrounding speech and expression. The Wild West days of explicit content may soon come to an end as a result, but all is not lost for the fantasy-father fuckers of Daddy Issues Twitter. I hear Tumblr has a booming incest fanfic community.

In this article: bullying, column, culture, dad, daddy, daddyissues, daddyissuestwitter, FirstAmendment, FreedomOfSpeech, harassment, incest, internet, kanyewest, kimkardashian, nsfw, obscenity, politics, sex, sextech, sexuality, troll, trolls, twitter
All products recommended by Engadget are selected by our editorial team, independent of our parent company. Some of our stories include affiliate links. If you buy something through one of these links, we may earn an affiliate commission.