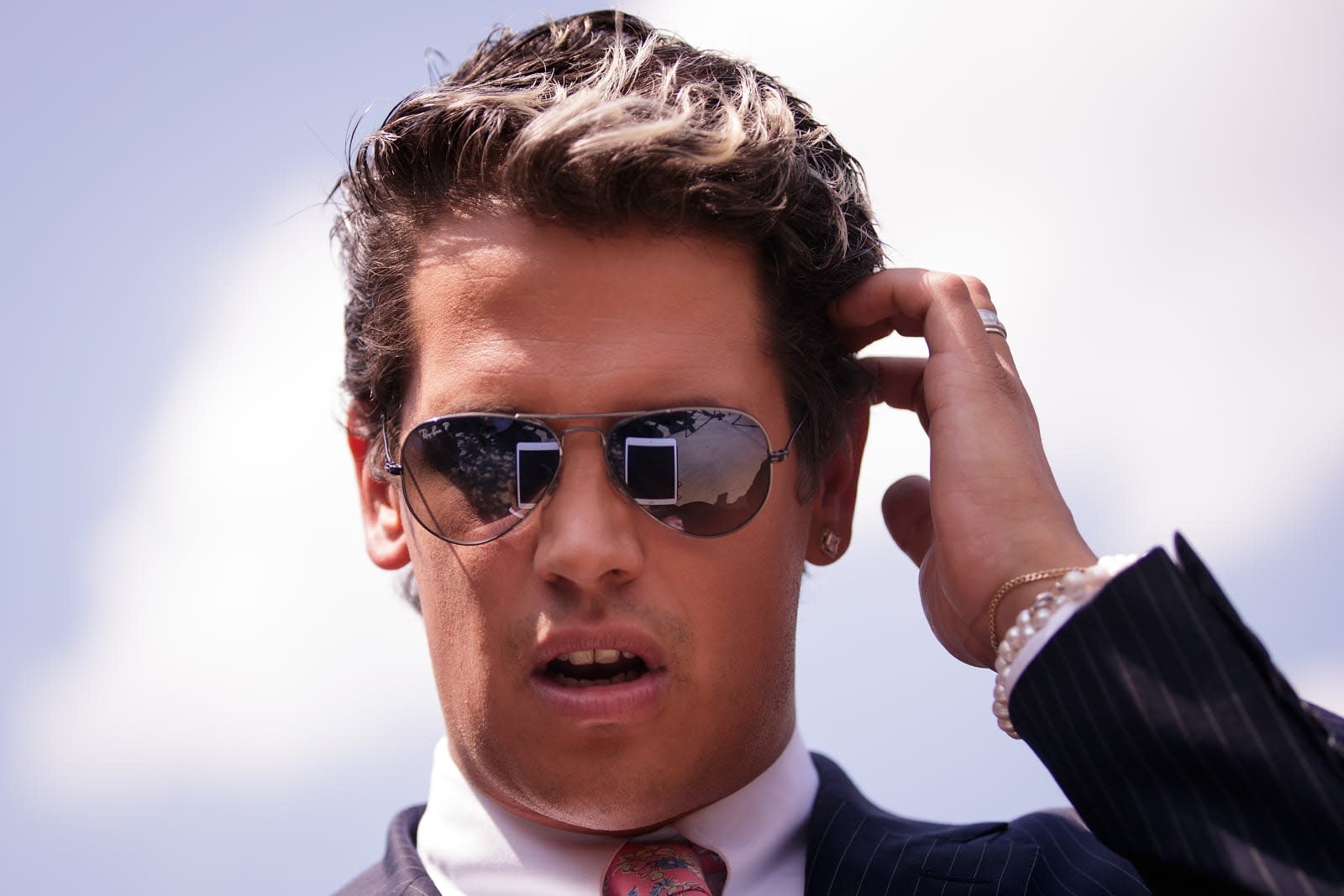 Twitter has finally done it. After years of provocative actions, repeated suspensions and even an unchecking, Twitter has permanently banned conservative writer and Breitbart Tech Editor Milo Yiannopoulos, from its service. Twitter's decision appears to come in response to Yiannopoulos leading an online trolling campaign against Ghostbusters star Leslie Jones. Jones has vowed to leave Twitter over her treatment, prompting a major online outcry.

Twitter has been busy over the past few days, scrambling to get ahead of fallout from Jones' digital mobbing. The company announced earlier on Tuesday that it will open the verification process to the general public, along with the anti-spam and anti-harassment protections the Blue Checkmark enables.

This isn't the first time that Twitter has had to show a prominent alt-right celebrity the door. Last March, Chuck Johnson, who once argued that homosexuality caused a horrendous Amtrak train crash and doxxed two NY Times journalists, was permanently barred from the site. Reddit, too, has recently cracked down on bad behavior in recent months. The site made headlines last August when it shut down and disbanded a number of its most virulent and bigoted groups.

We've reached out to Twitter for comment and will update when we hear back from the company.

Update: Yiannopoulos has responded to his banning in a post at Breitbart. Here is an excerpt:

In a comment, Milo said "With the cowardly suspension of my account, Twitter has confirmed itself as a safe space for Muslim terrorists and Black Lives Matter extremists, but a no-go zone for conservatives."

"Twitter is holding me responsible for the actions of fans and trolls using the special pretzel logic of the left. Where are the Twitter police when Justin Bieber's fans cut themselves on his behalf?"

"Like all acts of the totalitarian regressive left, this will blow up in their faces, netting me more adoring fans. We're winning the culture war, and Twitter just shot themselves in the foot."

"This is the end for Twitter. Anyone who cares about free speech has been sent a clear message: you're not welcome on Twitter."

In this article: alt-right, culture, harassment, internet, milo, twitter
All products recommended by Engadget are selected by our editorial team, independent of our parent company. Some of our stories include affiliate links. If you buy something through one of these links, we may earn an affiliate commission.
Share
Tweet
Share