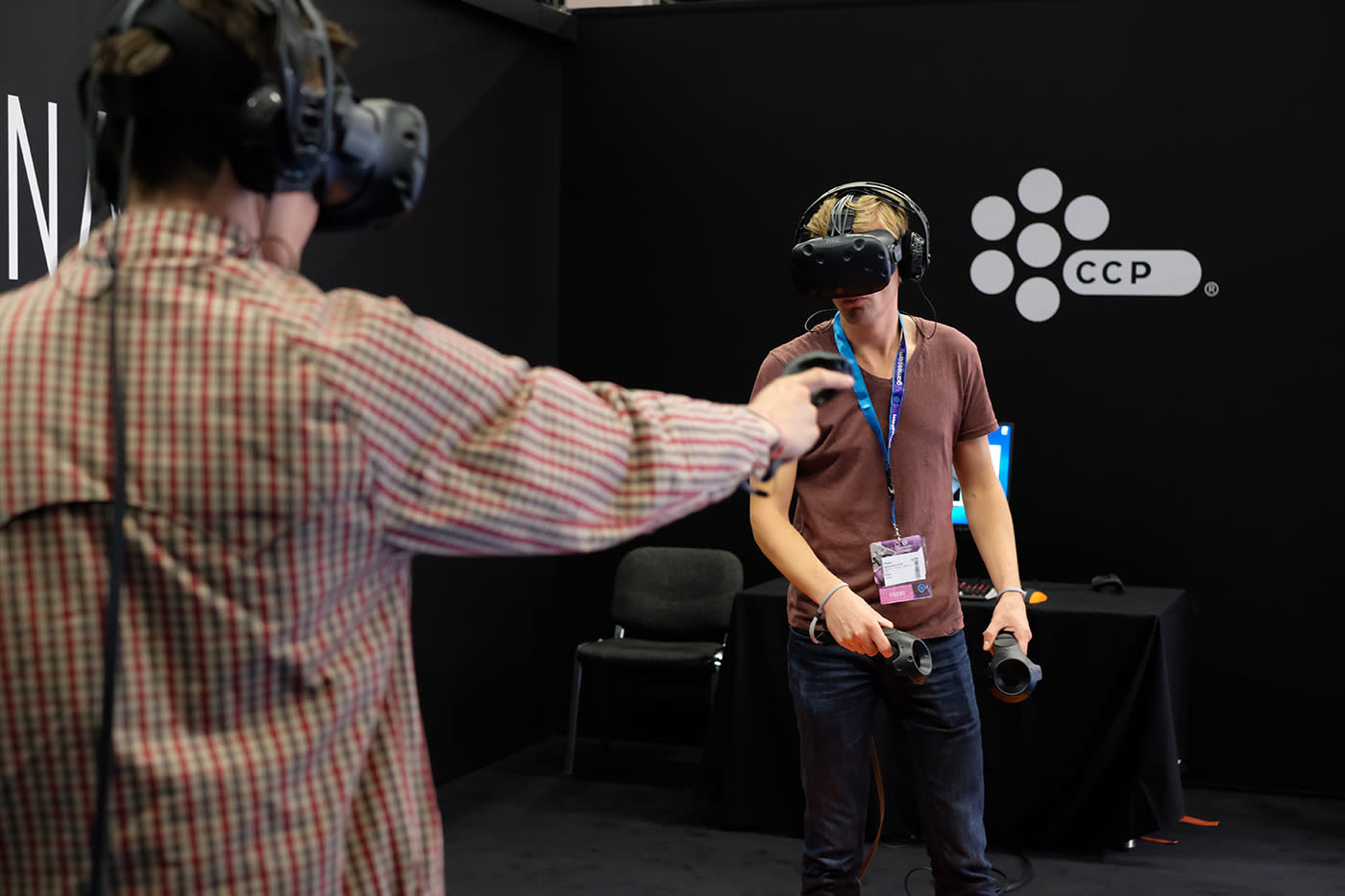 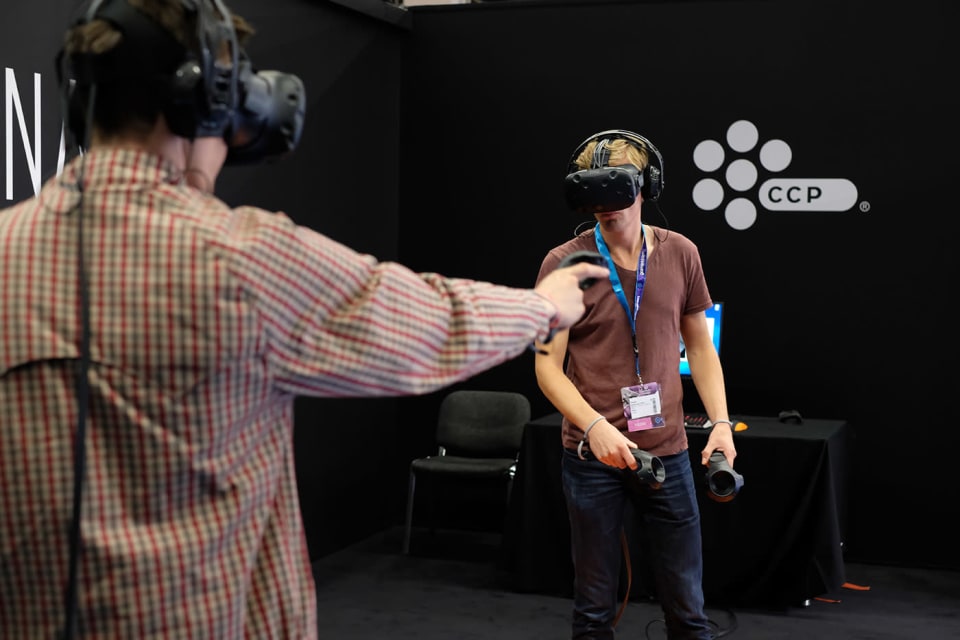 Project Arena is a full-body VR game that pits two players against each other in a Tron-esque light-disc battle. It was born from Icelandic developer CCP's "VR Labs," an initiative of experimentation and iteration in which teams are free to create lots of working concepts before working out which can become full games. Project Arena has already passed the first test -- it morphed into the "project" phase this year from the concept phase last year (when it was called Disc Arena).

Playing the game is intuitive. CCP is only showing off "brawl mode," which is a straight player-versus-player experience. I wore an HTC Vive headset, and in each hand, I held a Vive controller. A voiced tutorial then talked me through the basic mechanics. The aim of the game is to hit your opponent with a light disc, which you can either throw directly at her or bounce off walls. You have only one disc, and if you miss, you need to wait for it to come back and catch it. At the same time, your opponent throws her disc at you, and you need to either deflect it with your hands or dodge it entirely. You also have a large shield you can use three times if you're in trouble. Each player gets three lives, and there are two rounds to decide a winner.

I had a lot of fun with Project Arena, and it's a very polished VR experience already -- just like Eve: Valkyrie and Gunjack before it. I'm hopeful that CCP will take it further and turn it into a full game, as there's no reason this couldn't work with a Rift, a Vive or PSVR at home. And that's not just blind optimism: So far, Project Arena has followed the same development path that led to the Gear VR shooter Gunjack being released.

In this article: av, ccp, eveonline, gadgetry, gadgets, gamescom2016, gaming, htcvive, projectarena, tron, video, vr
All products recommended by Engadget are selected by our editorial team, independent of our parent company. Some of our stories include affiliate links. If you buy something through one of these links, we may earn an affiliate commission.