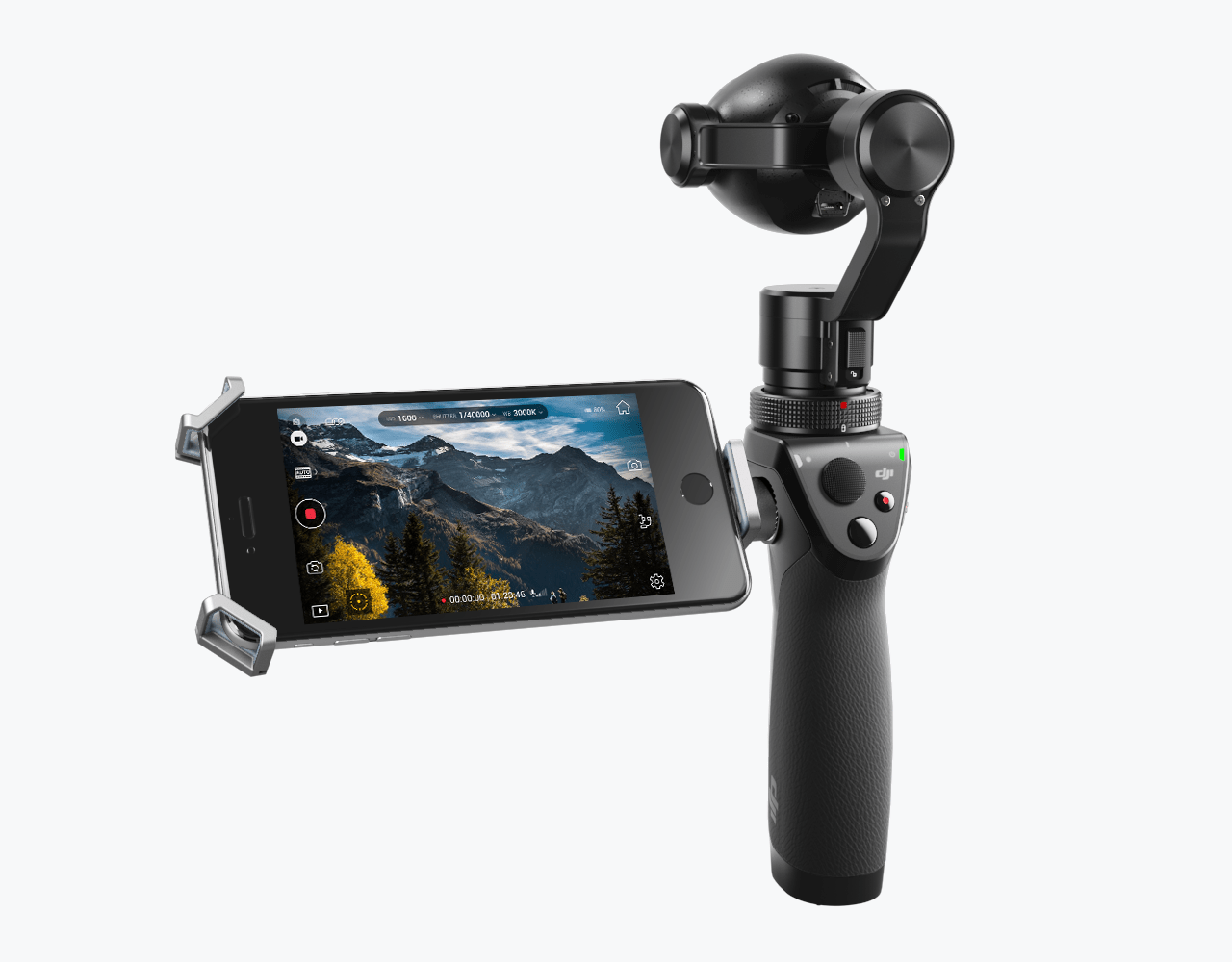 DJI's Osmo is already one of the better action camera / stabilizer (or gimbal) combos out there, but a new model is already on its way. Less than a year after the Osmo was released, DJI is introducing the Osmo+, a $649 camera and gimbal combo that improves on the original in one obvious but significant way: zoom.

The Osmo+ camera (known as the Zenmuse X3) is outfitted with a 3.5x zoom lens and pairs that with a lossless 2x digital zoom for an effective focal length range of 22mm to 77mm. That digital zoom is only loseless when you're shooting at 1080p resolution, however -- because the camera is capable of shooting 4K footage, it can crop it down to 1080p to magnify the action. So you'll need to choose between super high resolution footage and the ability to zoom as much as you want, depending on your needs.

Overall, the Osmo+ camera is capable of shooting 4K at 30FPS; you can also shoot 1080p at 100FPS for slow motion video. (Strangely, that's 20FPS slower than the original Osmo, which recorded slo-mo at 120FPs.) You can also grab 12-megapixel still images from your footage, as well. DJI also says it has improved the stabilization in the camera itself, but we'll have to wait to try the Osmo+ out to see if it makes any noticeable difference.

There's also a new "motion timelapse" mode that lets you pick a start and endpoint that the camera will slowly move between. It'll record throughout the move and automatically create a moving timelapse between those two points. There's a quick video on DJI's site that shows the results, and they definitely look cool.

It looks like the new device uses the same excellent gimbal that the original Osmo uses, and it still syncs with the DJI Go app for iOS and Android phones. For those who want to move beyond the hand-held gimbal, you can pick up a tripod, bike mount or an extension rod (basically a giant selfie stick if we're being honest).

And since action cams, by definition, are often subjected to harsh environments, DJI is offering a new extended warranty called Osmo Shield. It doubles the standard warranty to two years and adds one instance of accidental hardware damage coverage. Extended warranties can be a bit of a crapshoot, but if you're the type who damages gear more easily, this might be worth thinking about. The Osmo+ is on sale now -- and if you don't need zoom, the original Osmo is now priced at $569, a good $150 cheaper than it was when it launched.

In this article: actioncam, cameras, dji, gear, gimbal, osmo, osmo+, osmoplus
All products recommended by Engadget are selected by our editorial team, independent of our parent company. Some of our stories include affiliate links. If you buy something through one of these links, we may earn an affiliate commission.