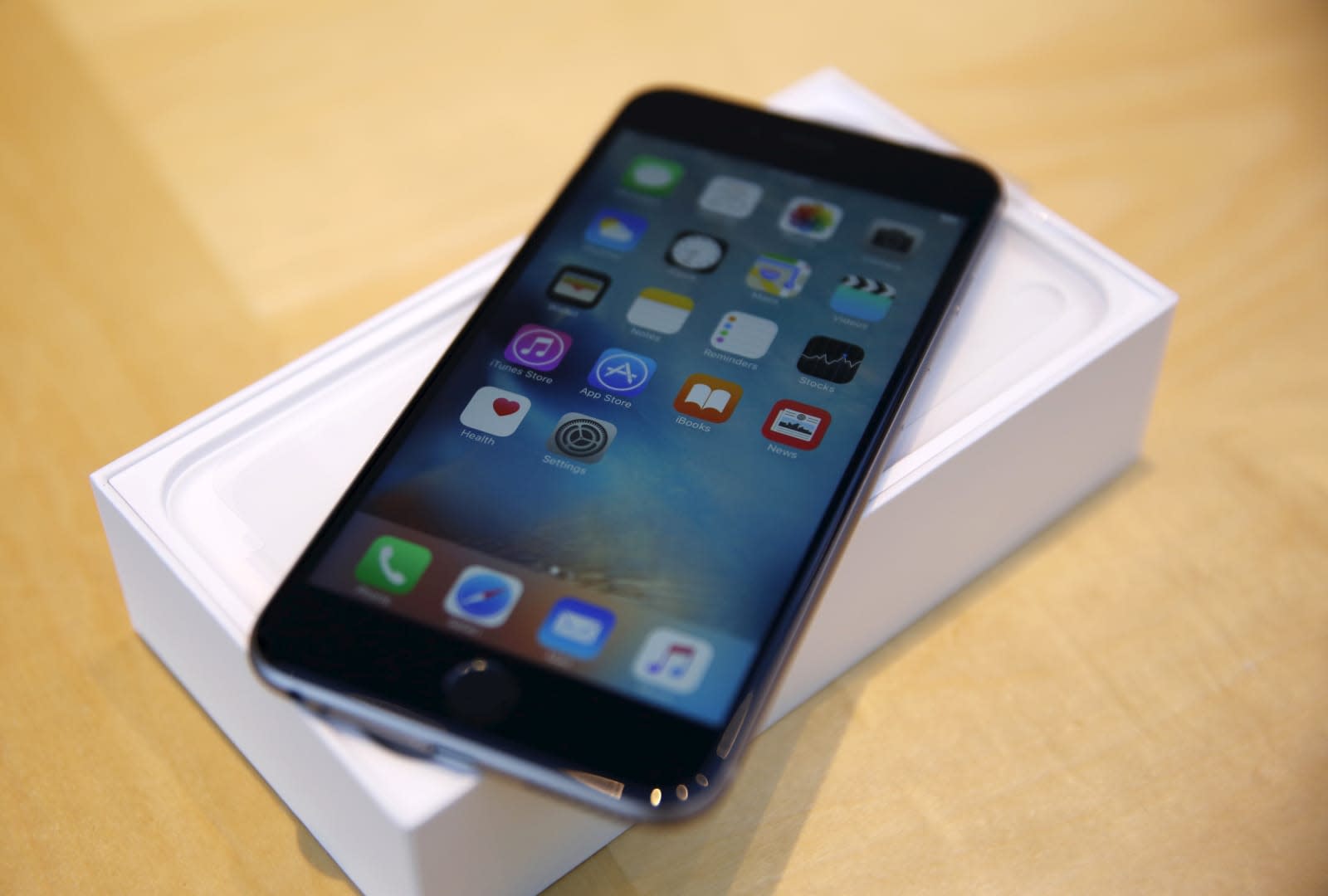 If you've seen a flickering gray bar at the top of your iPhone 6 or iPhone 6 Plus, you may be the victim of a serious problem plaguing your mobile device. According to iFixIt and Forbes, the issue is widespread enough to warrant several pages of complaints via the Apple support forums. The problem is, both the repair techs who continually see the issues coming in and the customers taking to the internet to make their concerns known aren't seeing much done about it.

The issue has been making the rounds on a growing number of iPhone 6 and iPhone 6 Pluses sent in for repair each month, each displaying the same symptoms: the gray bar at the top of the screen and a touchscreen that refuses to work properly, almost as if it's frozen.

While there are some fixes by way of twisting the phone a bit or putting pressure on the screen, these are only temporary band-aids for a much larger problem. The malady may go away for a short time, but then return with a vengeance, before touchscreen functionality dies altogether.

Weirdly enough, replacing the screen isn't a proper fix. The gray bar will creep onto a new screen even when it's been swapped out because that's not where the problem resides. It's a problem with the Touch IC chips inside the phone, which separate from the logic board in a manner similar to the one that some claimed caused Microsoft's Xbox 360 red-ring of death. They must be replaced for the problem to completely go away, and Apple's in-store Geniuses are not equipped to do that kind of soldering work. Hence, the quandary. In a YouTube video cited by iFixit, repair specialist Louis Rossmann predicts that this "touch disease" malady could turn into a class action lawsuit if enough customers make a stink.

Repair shops have been trying out various fixes to ward off the problem so that it doesn't return. Microsoldering specialist Jessa Jones tells iFixit that a metal shield soldered over the sticker shield on problem iPhones seems to fix the issue indefinitely, offering an "internal reinforcement," a "futureproof shield," as she calls it.

Unfortunately, since these kinds of fixes aren't endorsed or OKed by Apple, Jessa and her colleagues have actually been banned from posting on Apple Support threads for posting their advice. As a result, there's a feeling that Apple is fine with having customers purchase new phones, but not finding repair specialists who have found success when it comes to actually fixing the problem.

In this article: apple, flicker, gear, graybar, iPhone6, iPhone6Plus, mobile, touchdisease, touchscreen, video
All products recommended by Engadget are selected by our editorial team, independent of our parent company. Some of our stories include affiliate links. If you buy something through one of these links, we may earn an affiliate commission.