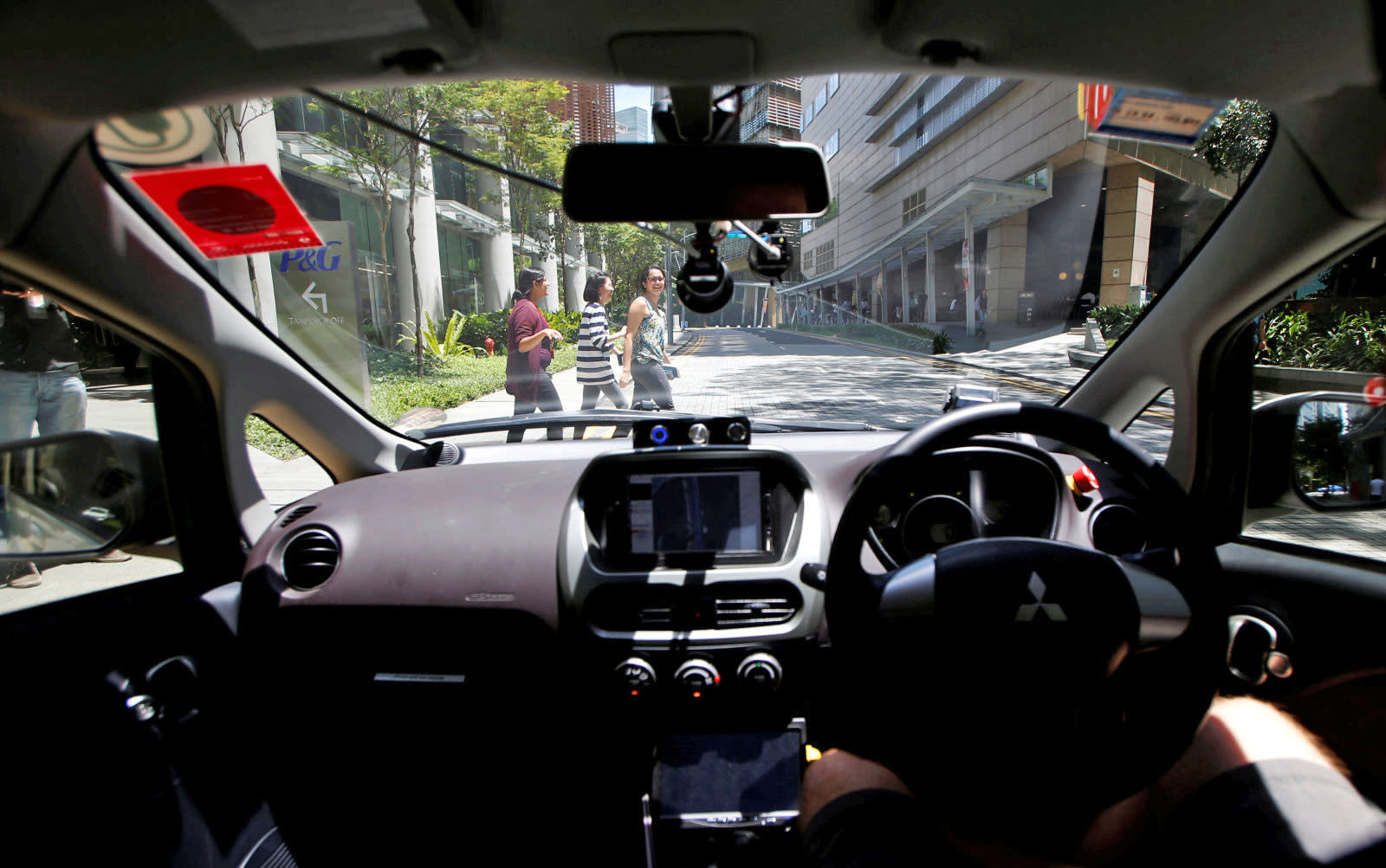 Uber announced that it will start self-driving trials in Pittsburgh later this month, but it was beat to the punch by a much less well-known company. Starting today, nuTonomy will offer rides to Singapore residents in specially equipped Mitsubishi i-MiEV or Renault Zoe electric vehicles. As with Uber, passengers won't be alone with a robotic driver like Silicon Valley's hapless Jared. A nuTonomy engineer will be along to monitor the vehicle, and a safety driver will "assume control if needed to ensure passenger comfort and safety," the company wrote.

The rides will be free to start with, and the company will stick to an area called "One-North" for the tests. Municipal officials designated the 2.5-square-mile residential zone specifically for self-driving trials in an effort to reduce congestion in the city, where 5.5 million residents live in a region about three times the size of Boston. Pick-ups and drop-offs will also be limited to certain areas to avoid traffic concerns.

nuTonomy, which spun off from MIT in 2013, equipped its EVs with six Lidar sets and two cameras to detect obstacles, lanes and traffic light changes. Just a few dozen passengers have signed up so far, but the company says it will open the trials to thousands of users in the coming months. The aim, it says, is to "collect and evaluate valuable data related to software system performance, vehicle routing efficiency, the vehicle booking process, and the overall passenger experience."

With the city's cooperation, other companies, including Delphi, plan their own self-driving tests in Singapore. However, nuTonomy appears to be the farthest along, and plans to launch its robotic service there as early as 2018. There are still some bugs to work out, though. An Associated Press reporter noted that the safety driver had to hit the brakes when a parked vehicle moved suddenly into the oncoming lane.

In this article: culture, nuTonomy, Public, Rides, self-driving, Taxis, transportation, trial, Uber
All products recommended by Engadget are selected by our editorial team, independent of our parent company. Some of our stories include affiliate links. If you buy something through one of these links, we may earn an affiliate commission.