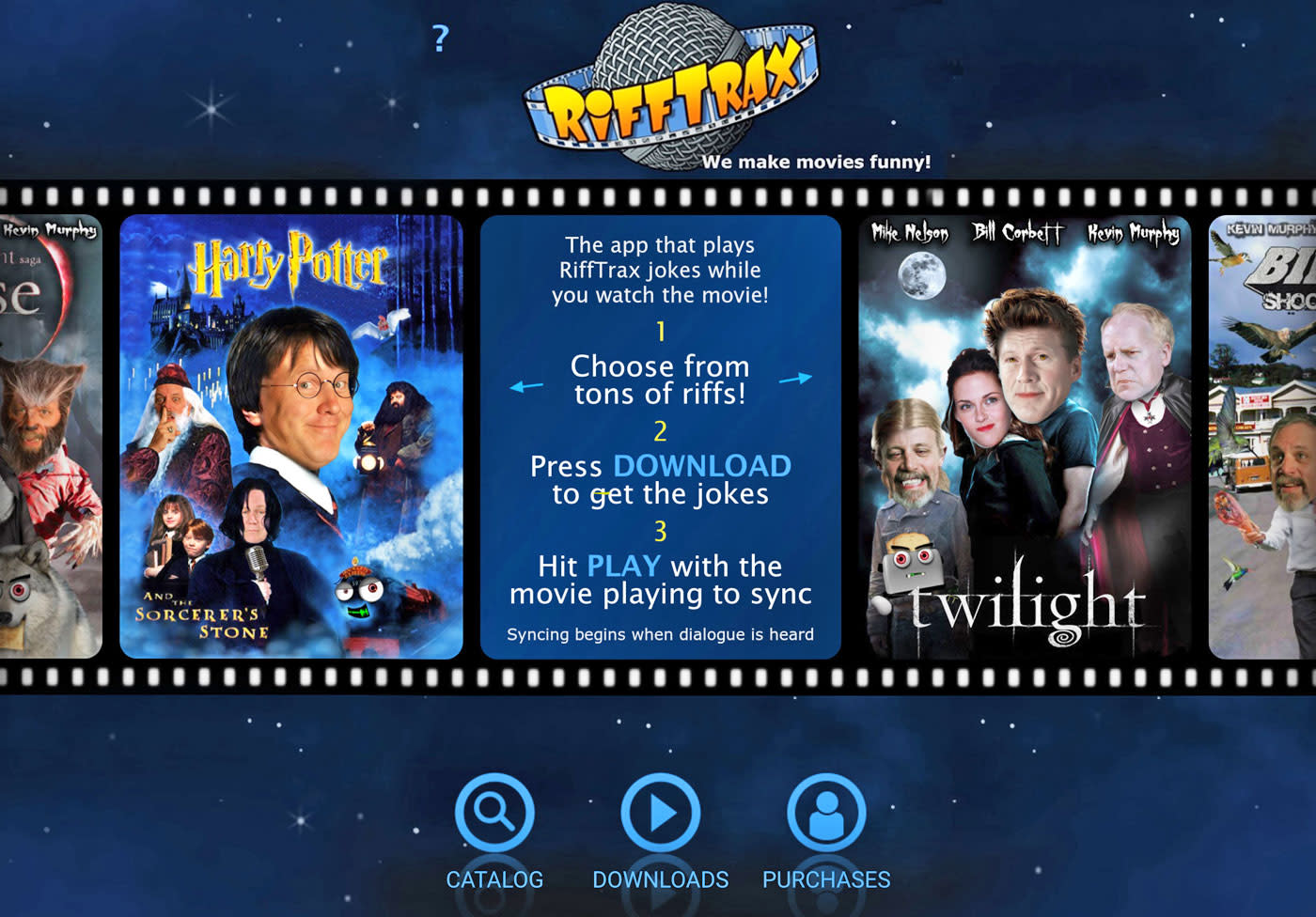 For fans of snarky, alternative film commentary, Rifftrax has long been a haven of amusement. For only a few dollars, one can hear MST3K veterans Mike Nelson, Kevin Murphy and Bill Corbett rag on classic and modern cinema. There was only one problem: syncing these audio tracks to the actual movies could be a minor nightmare. Fortunately, those days seem to be behind us: the group's new RiffTrax app will do it for you.

The company's announcement sums up the app's features perfectly: "Think of it like Shazam," the post reads, "but for riffs." Indeed, that's exactly what it is. The Rifftrax app uses your device's microphone to listen for a movie and automatically syncs Rifftrax playback to the film. It's simple and easy... but not perfect. Despite offering easy access to the user's library of "just the jokes" RiffTrax, the app doesn't support Bluetooth speakers just yet. Still, the app is free -- and better than trying to sync the audio up yourself. The Rifftrax app is available on both Google Play and Apple's App store. Check out the source link below for additional details.

In this article: androidapp, app, av, comedy, culture, rifftrax, shazam, sync
All products recommended by Engadget are selected by our editorial team, independent of our parent company. Some of our stories include affiliate links. If you buy something through one of these links, we may earn an affiliate commission.