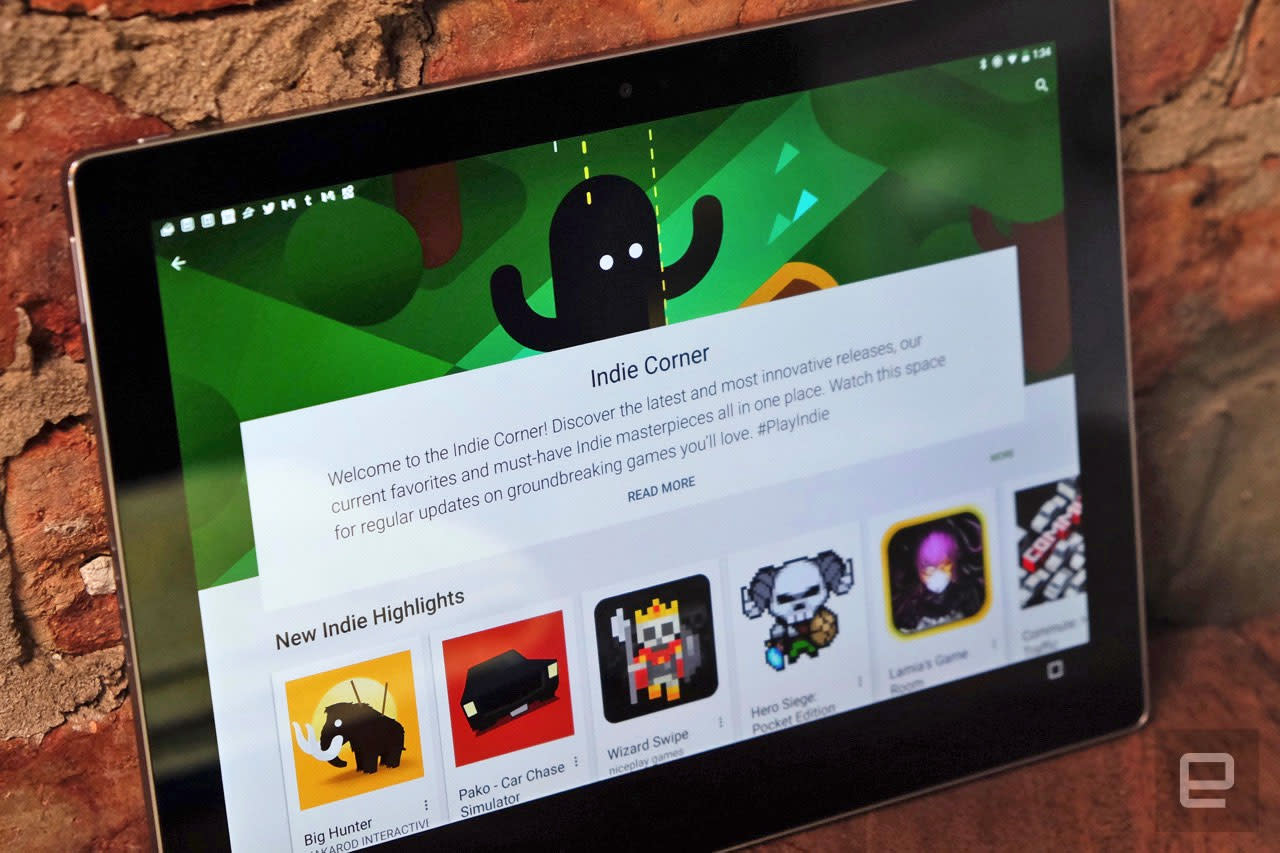 Google's first indie gaming festival is less than a month away, and today the company is announcing the 30 games that made the cut for the competition. You can find the whole list here, but note that you won't be able to try out all of them just yet -- 20 of the 30 games haven't been released in Google Play yet. Games that are out in the store now include Chetan Surpur's Orbit, High Score Hero's Hovercraft: Takedown, Double Coconut's Parallyzed and Roofboot (both still in beta) and Worthing & Moncrieff's A Matter of Murder. (The full list of games can be found here.)

Google judges have whittled down 200 submissions that came in over the last month down to these final 30, all of which will be on display and playable at the event. Fans will get a chance to vote on their favorites, and a combo of fan votes and judging will narrow things down to a field of 15 games, all of which will have a chance to present their creations to the judges and audience in an effort to win a prize.

If you haven't heard of these games, well, that's why Google is having its indie games festival in the first place: the whole goal is to expose small, lesser-known developers to a wider audience. The festival takes place in San Francisco on September 24th, and registration is now open to the public. If you're an Android fan who wants to see creative games get more exposure on the platform, this event is worth keeping an eye on.

In this article: gaming, google, googleplaygames, IndieGames, indiegamesfestival, mobile, playgames
All products recommended by Engadget are selected by our editorial team, independent of our parent company. Some of our stories include affiliate links. If you buy something through one of these links, we may earn an affiliate commission.