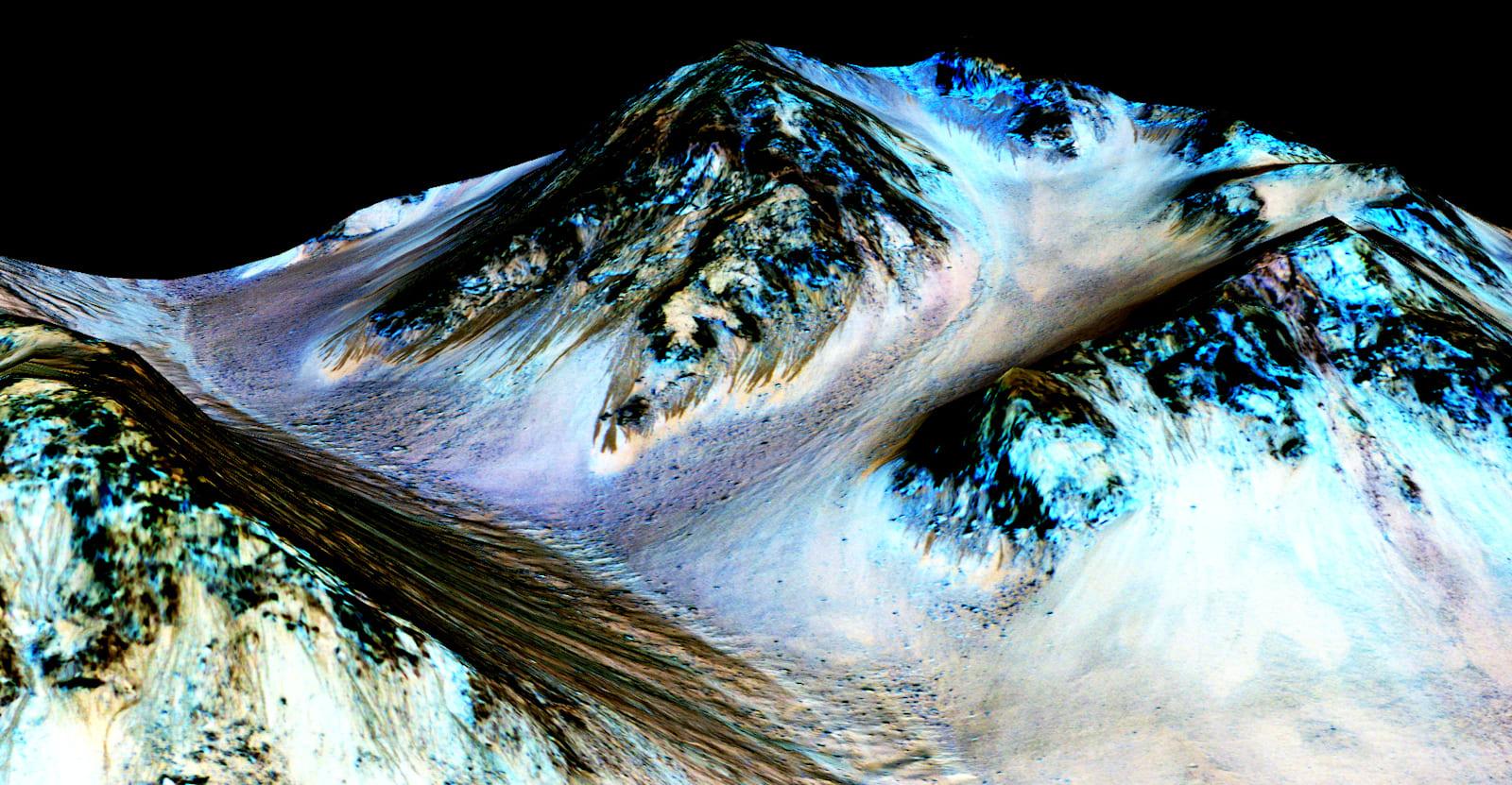 Remember those weird dark streaks that NASA's Mars Reconnaissance Orbiter found last September? These recurring slope lineae (RSL), as they're called, were originally thought to contain liquid water. On Mars, liquid water would obviously be a huge deal because it means both potential source of life and potential resource. Well, it turns out that there isn't nearly as much water in those RSLs as astronomers had hoped and certainly none that's potable. What's more, new analysis has estimated that the amount of liquid surface water on Mars cannot exceed that of Earth's driest deserts.

To determine this estimate, NASA scientists used the Mars Odyssey's Thermal Emission Imaging System (THEMIS) to remotely measure the planet's surface temperature from orbit. When water is present in the spaces between grains of soil and sand, it affects how quickly the ground's temperature will heat up during the day and cool off at night. The deeper the water seeps, the more insulated the ground becomes. After analyzing multiple years worth of THEMIS data, NASA researchers concluded that the upper limit of water that a given area of soil could contain was just 3 percent by weight. That's roughly the same level of dryness that you'd see in the Atacama Desert, one of the single driest places on the face of the Earth.

"Our findings are consistent with the presence of hydrated salts, because you can have hydrated salt without having enough for the water to start filling pore spaces between particles," Christopher Edwards, a faculty member in the Department of Physics and Astronomy at Northern Arizona University, told Space. "Salts can become hydrated by pulling water vapor from the atmosphere, with no need for an underground source of the water." So not only is there a very small amount of liquid water, it's so briny that we'd be unable to drink it. When we do send people to Mars, they're going to need to bring canteens.

In this article: 2001MarsOdyssey, AtacamaDesert, Mars, MarsOrbiter, NASA, NorthernArizonaUniversity, Odyssey, science, space, THEMIS, ThermalEmissionImagingSystem, TL16MRSAQUA, water
All products recommended by Engadget are selected by our editorial team, independent of our parent company. Some of our stories include affiliate links. If you buy something through one of these links, we may earn an affiliate commission.