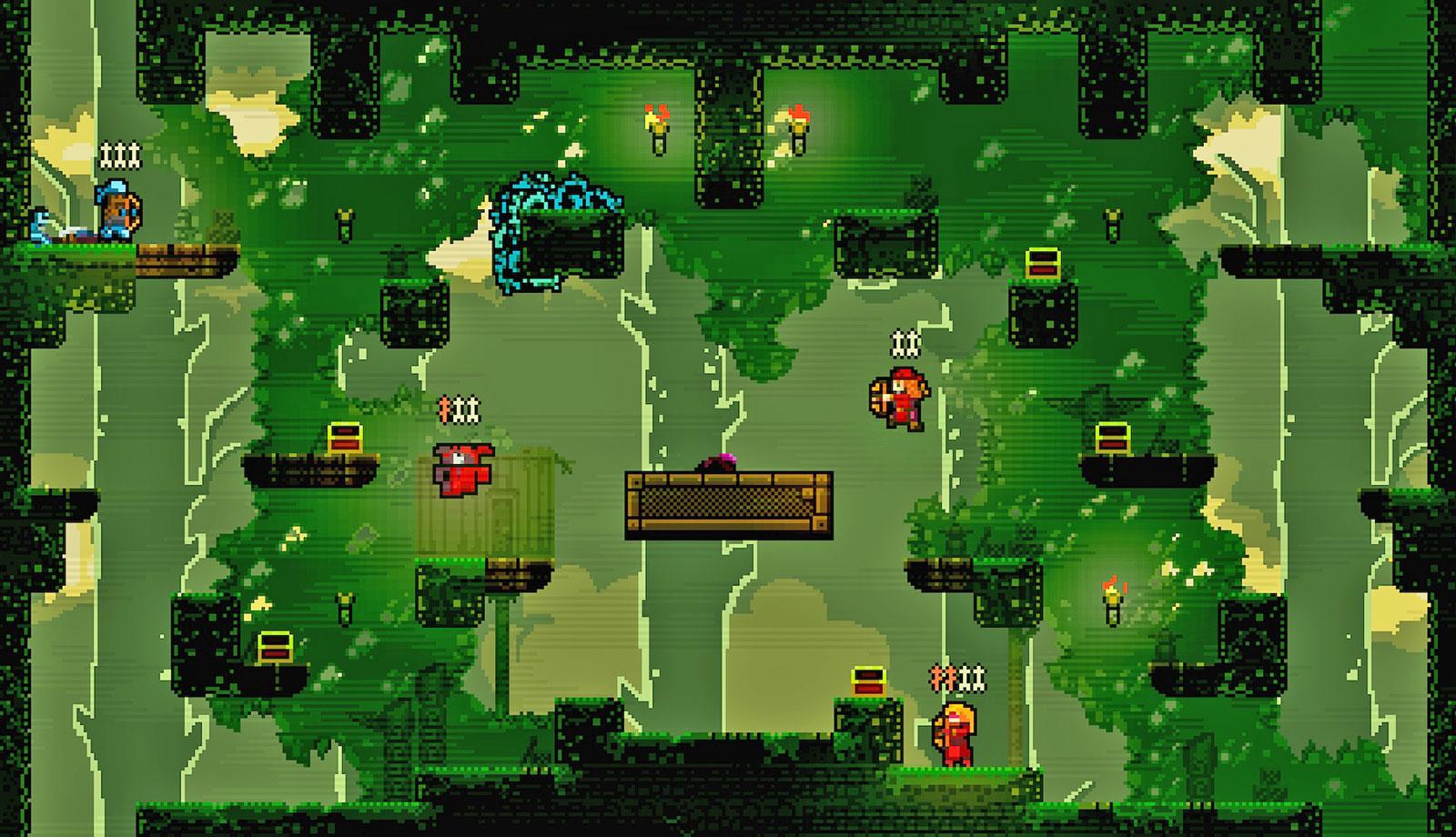 The developers behind TowerFall are working on more than just a game about climbing a mountain. That's right: Matt Thorson has also released an official mod that brings support for up to eight players to the charming, retro (and possibly violent, depending on your friends) local multiplayer component of TowerFall. It'll run you a fitting $8.88 to download from the game's itch.io page. Thorson is quick to note, however, that this isn't TowerFall proper.

"This is not an expansion for TowerFall, but a stand-alone game," Thorson writes. "This package does not contain the core TowerFall experience. This is an official mod for TowerFall that only includes Versus mode, and is heavily modified specifically for 5 to 8 player matches. it is also still possible to play with 2 to 4 players on the new levels."

But, this is strictly a PC release for now. Eurogamer writes that this includes every arena from the Dark World expansion and that it's running in widescreen. You'll need Xbox 360 gamepads or PlayStation 4 controllers to jump into the fracas though, and Thorson recommends connecting everything to a USB hub prior to firing the game up.

If that leaves you with a hankering to play the game on console and you don't own a PS4 (or an Ouya), Thorson recently tweeted that he's working on an Xbox One version that'll include Ascension and Dark World. When that will land isn't clear, but Thorson says he's playing it and that it's awesome. Fair enough.

TowerFall news 3/3: TowerFall Ascension and Dark World are coming to XBox One! No release date yet, but I'm playing it and it's awesome :)

In this article: gaming, internet, itchio, mattmakesgames, mattthorson, pc, pcgaming, towerfall, towerfallascension, towerfalldarkworld, xbox, xboxone
All products recommended by Engadget are selected by our editorial team, independent of our parent company. Some of our stories include affiliate links. If you buy something through one of these links, we may earn an affiliate commission.