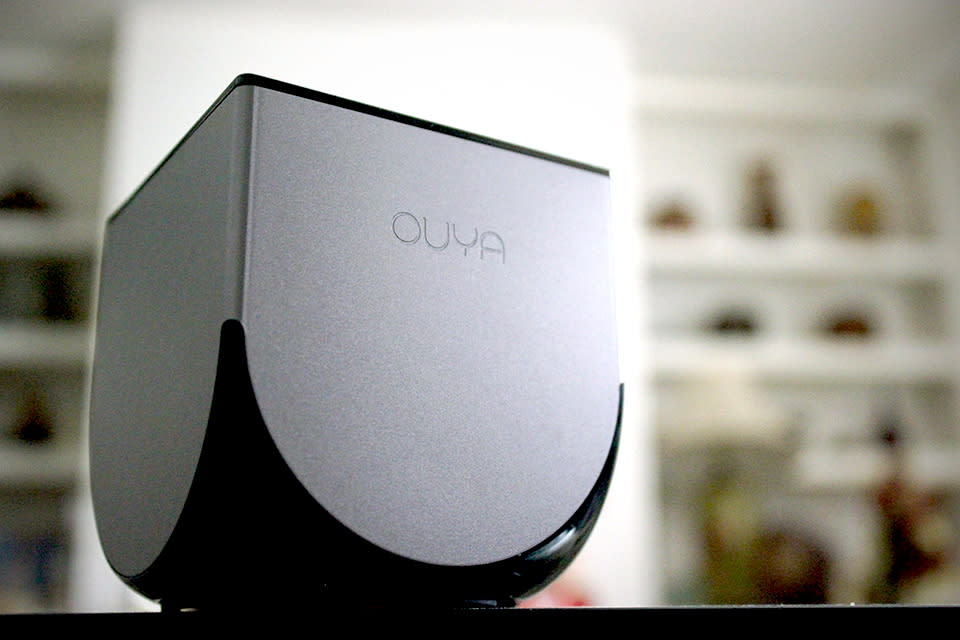 Julie Uhrman, CEO of OUYA, has announced that she'll be leaving the Android gaming company that she co-founded. The executive took to Twitter to make the statement, spending the better part of an hour thanking employees, developers and backers. Her tweets also confirm the long-rumored purchase of the company by gaming PC specialist Razer that, until now, had only been hinted at by third parties. The firm was one of the biggest early hits on Kickstarter, but when the micro-console was released to backers in July 2013, received plenty of criticism. Critics and users both attacked the build quality of the controller, game library and UI, and attempts to remedy the issue proved unsuccessful. Razer still hasn't spoken about what it plans to do with the hardware, but its plans will now be run without the input of the console's guiding light.

.@juhrman OUYA was a once in a lifetime experience. Now, I'm off to find the next...stay tuned!

.@Razer Can't wait to see what you do. Take care of my incredible team and community...I know you will.

While Uhrman was making her speech, Razer was confirming to TechCrunch that it had, indeed, purchased the company. Nobody's revealing how much was paid, but Razer founder Min-Liang Tan has revealed that the deal was done in cash. Most notably, he has picked up OUYA's software assets as well as portions of its staff, but left the hardware portion of the business on the table. Instead, those assets will be folded into the team that's behind Razer's living-room gaming platform (itself another Android micro-console) the Forge TV.

If you currently own an OUYA, you'll continue to have your device supported for another 12 months as a goodwill gesture on Razer's behalf. It's likely that you will, however, be encouraged to ditch the device in favor of a Forge TV as the year rolls on, with various "freebies, giveaways and promotions" planned.

In this article: av, Business, Departure, ForgeTV, Julie, JulieUhrman, Kickstarter, ouya, Razer, TL17HYPE, Twitter, Uhrman
All products recommended by Engadget are selected by our editorial team, independent of our parent company. Some of our stories include affiliate links. If you buy something through one of these links, we may earn an affiliate commission.