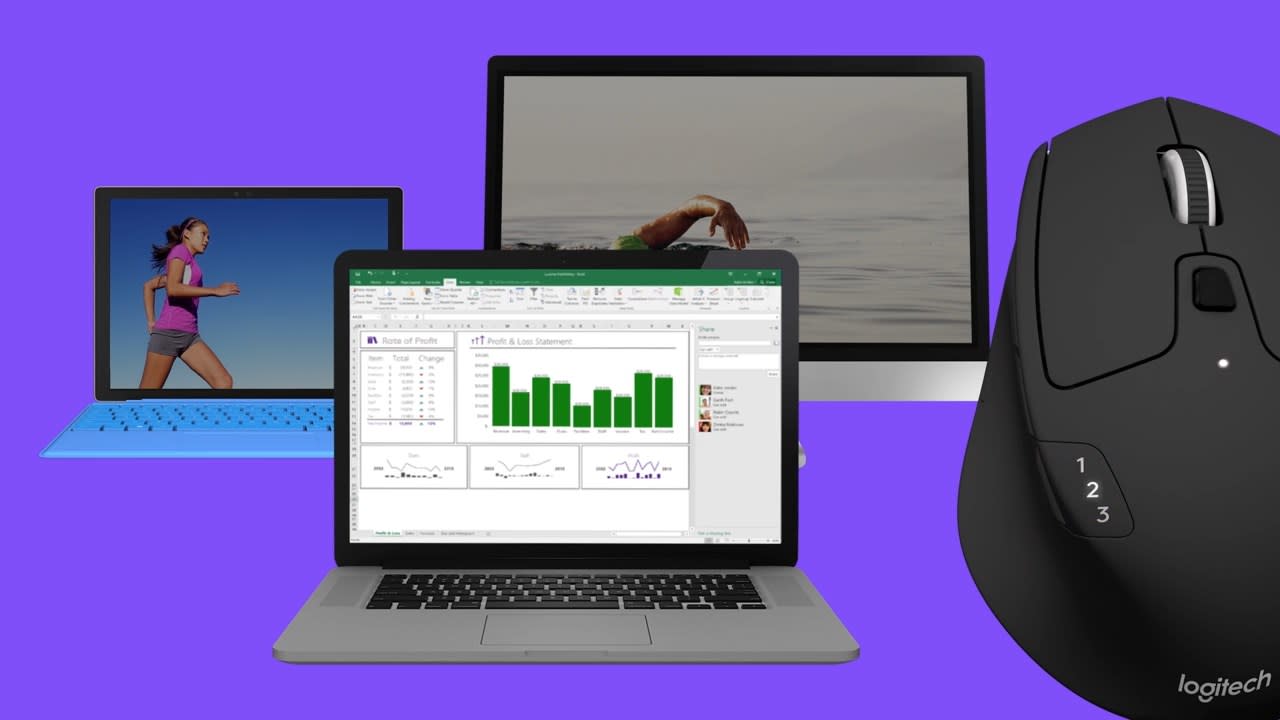 If you've ever used more than one computer at once, you know that juggling extra mice can be kind of annoying. Logitech thinks it doesn't have to be: the company has just announced a new mouse designed specifically for folks who use more than one computer at a time. Okay, maybe that's a small segment of the population -- but for the right person, the M720 Triathlon could be a godsend.

The $70/£60 Triathlon's chief trick is its ability to connect to three devices simultaneously -- allowing users to switch between machines with the click of a button. The mouse can connect with Logitech's Unifying Receiver, or directly over Bluetooth, and boasts compatibility for Windows, Mac OS, Chrome, Android and Linux. It also claims to last for up to two years on one AA battery. Not bad. Too bad it doesn't come with an equally versatile keyboard

In this article: accessories, gadgetry, gadgets, gear, logitech, mouse, unifyingreceiver, video, wireless
All products recommended by Engadget are selected by our editorial team, independent of our parent company. Some of our stories include affiliate links. If you buy something through one of these links, we may earn an affiliate commission.