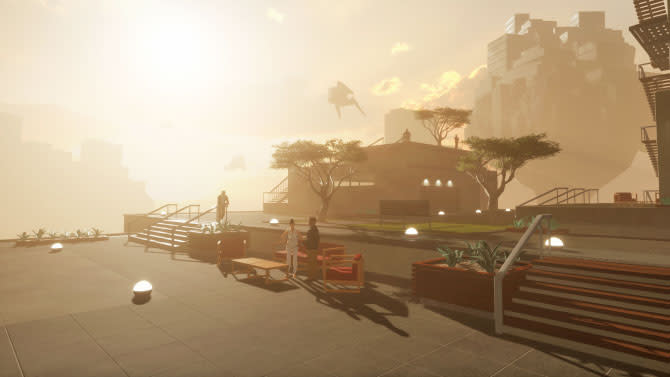 Linden Lab, the creative minds behind the bizarre social game Second Life, is unveiling its latest project, planted firmly within the roots of the virtual world.

It's called Project Sansar, and invites are being sent out to creators this week. After this sneak peek, the public should get their first glimpse at the upcoming game early next year in 2017.

Project Sansar is meant to be an expansive 3D world that'll work with the likes of the Oculus Rift or HTC Vive, but there are scant details surrounding its impending release so far. Players will be able to interact with the world much like they currently do in Second Life, though in a relatively more scalable manner than they current do in that game, allowing for multiple instances of areas to exist in tandem with each other.

Interestingly enough, Linden Lab CEO Ebbe Altberg has likened the project to "WordPress" for virtual reality, where Project Sansar acts as a blank base or slate for others to create their own virtual reality experiences on top of.

If it's truly as expansive and adaptable as, say, Second Life or any of the other virtual reality hangouts out there, Project Sansar could be capable of some very interesting things.

In this article: av, gaming, Linden Labs, project sansar, second life
All products recommended by Engadget are selected by our editorial team, independent of our parent company. Some of our stories include affiliate links. If you buy something through one of these links, we may earn an affiliate commission.