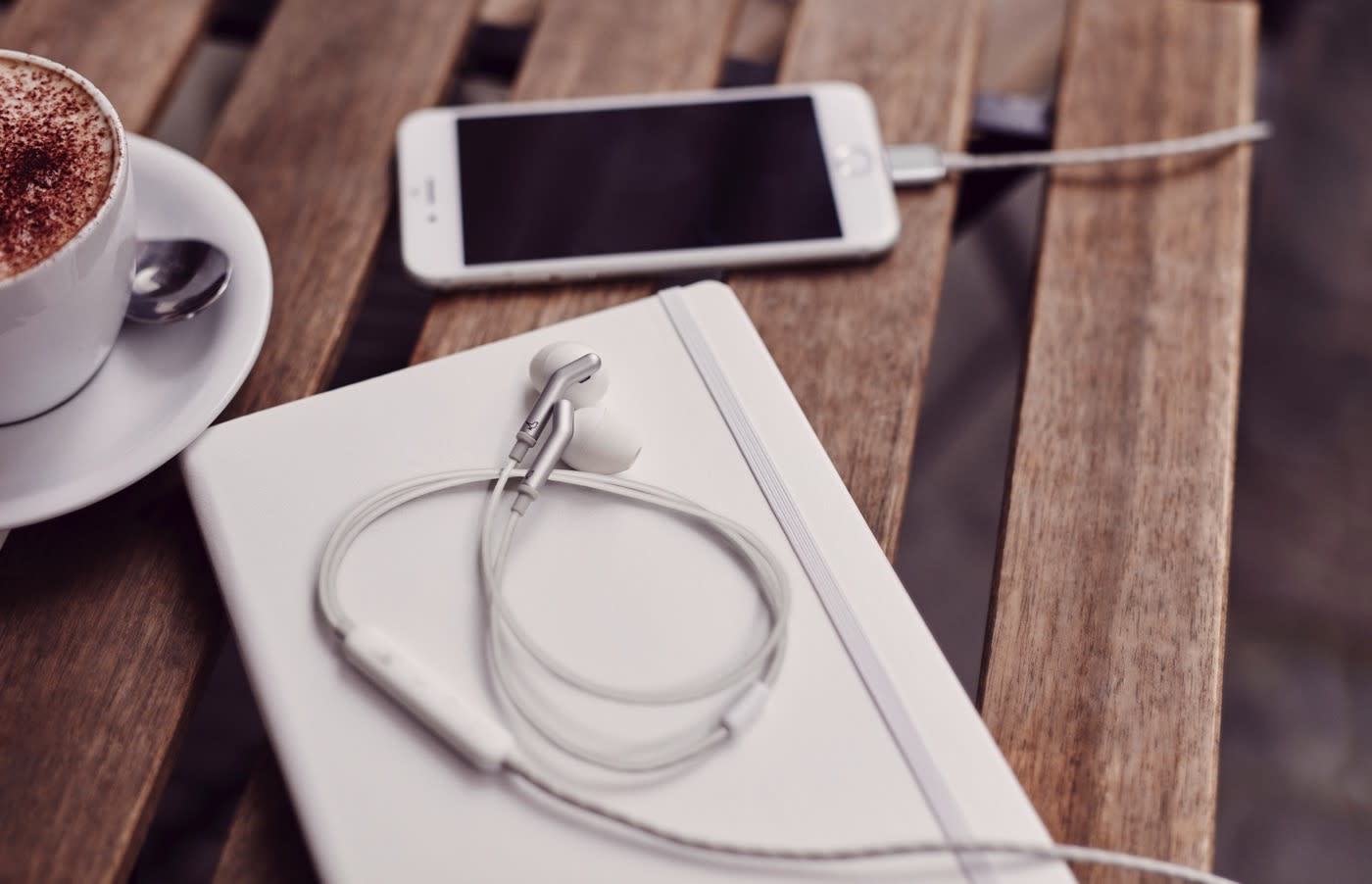 One of the most prevalent rumors about the new iPhone(s) is that Apple will get rid of the 3.5mm headphone jack. Unfortunately, the options for Lightning-equipped wired headphones are still limited, but Libratone has a new model that fits that description. The company is getting into mobile audio after releasing a number of speakers, but the Q Adapt headphone line's key feature is actually the ability to adjust noise cancellation based on your environment. For example, you might want to turn it down when you're walking in a busy city when you need to hear the cues from traffic. The headphones have a CityMix tool that sets the noise cancellation at 4 when you're in a bustling office or coffee shop and decreases the level to a 1 or 2 during a commute on bike or on foot. Libratone's Q Adapt in-ear headphones can also offer improved sound thanks to that Lightning connector. The earbuds also don't need an extra heft on the cable to house the noise-cancelling components. There is still an in-line remote for calls and giving Siri commands though, in case you fancy those things. The buds themselves also have an egg-like shape that Libratone says offers a more ergonomic and comfortable fit for extended listening sessions.

In addition to the in-ear model, there's also a wireless on-ear version of the Q Adapt. The Bluetooth headphones have touch controls for that CityMix feature, playback controls and taking calls. Those controls include Libratone's Hush feature that stops the music by hovering your hand over the earcup. Proximity sensors on the headphones turn off the noise cancellation when you take them off to conserve battery life.

Both the in-ear and on-ear Q Adapt headphones will be available in early September in Elegant Nude, Cloudy White and Stormy Black. The in-ear model also comes in a Rose Pink color that isn't offered for the on-ears. When the time comes, expect to part with £159 (about $208) or £219 (about $287) for the in-ear and on-ear models, respectively. Unfortunately, there's no word on exact US pricing just yet.

In this article: audio, av, blutooth, gear, headphones, ifa2016, in-ear, libratone, lightning, on-ear, qadapt
All products recommended by Engadget are selected by our editorial team, independent of our parent company. Some of our stories include affiliate links. If you buy something through one of these links, we may earn an affiliate commission.