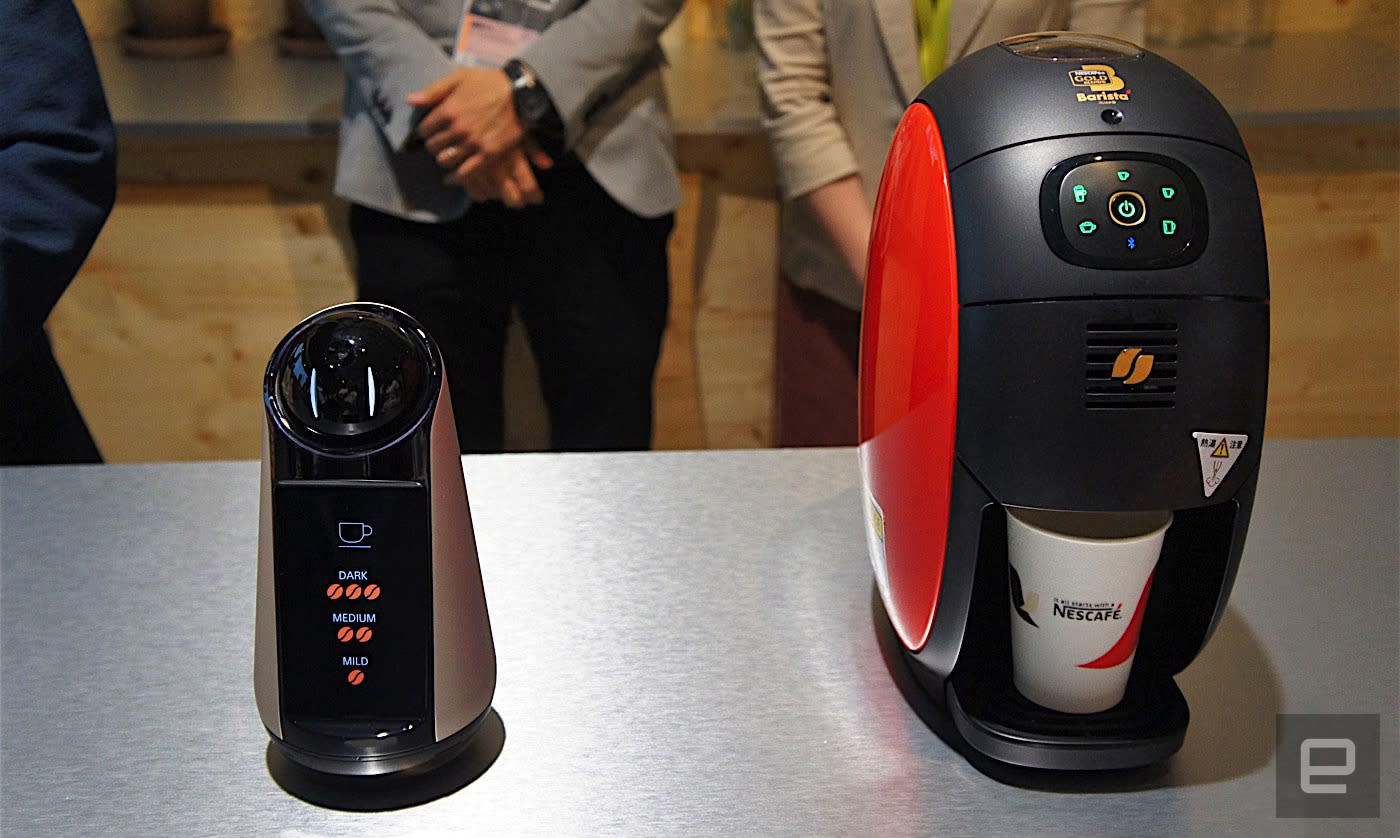 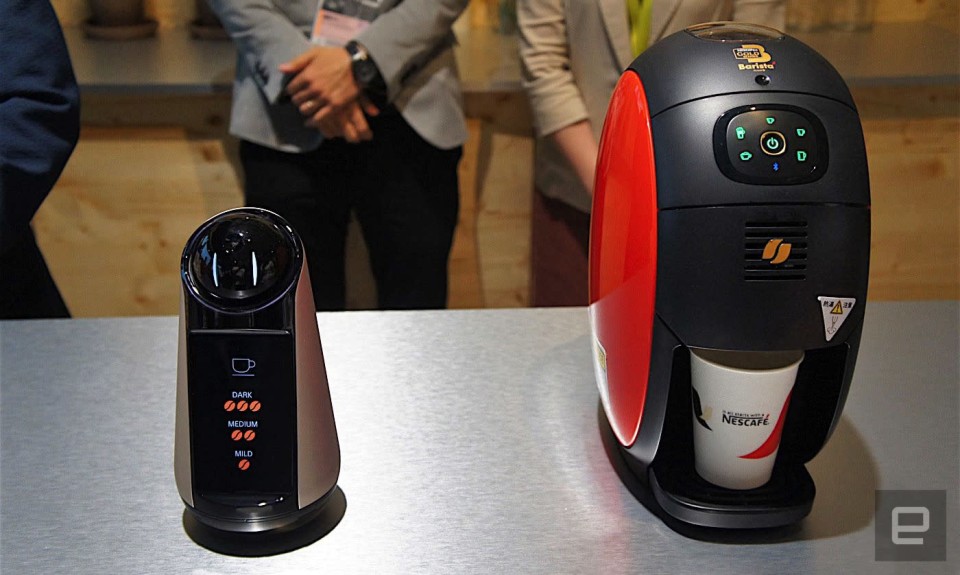 I like coffee. I like robots. So, when Sony's cutesy Xperia Agent offered to serve me up a cup of Arabica at IFA, how could I refuse? Of course I didn't, and it was probably the best cup of show-floor joe that I had this week. We first saw the Xperia Agent at MWC, but we've barely heard anything from the bot since, so free coffee or not, it was good to check in with the little guy and see it doing its connected thing.

The "Agent" half of the equation appears to be part of Sony's plans to rival assistant Alexa in Amazon's Echo. When I ordered my espresso (well, when the booth staff ordered it for me via a microphone to cut out the show floor noise), the Agent gave me a rundown of some of the other tasks it could do for me. Call mom, that kinda thing. But Agent is also present in Sony's wearable "Ear," and is the intelligent assistant that will let you respond to calls and reply to messages. This makes Xperia Agent a kind of in-house physical mascot for what's likely to be a technology we see creeping into even more gadgets from the company.

The problem, right now, is what if you want some of Sony's Agent devices, but are already invested in Amazon's Echo? Or any of the other similar products? This has been an issue long before the smarthome. Any new technology always goes through a "jostling" stage, like Blu-ray fighting off HD DVD. Everyone wants their idea to dominate, until a winner pulls ahead, and (ideally) others concede and make them compatible, or bow out. Xperia Agent technically can't bow though, so it wins by default? Or it might, whenever Sony commits and releases the darned thing.

In this article: agent, coffee, gear, ifa, ifa2016, robots, sony, TL16COFF, xperia, xperiaagent
All products recommended by Engadget are selected by our editorial team, independent of our parent company. Some of our stories include affiliate links. If you buy something through one of these links, we may earn an affiliate commission.