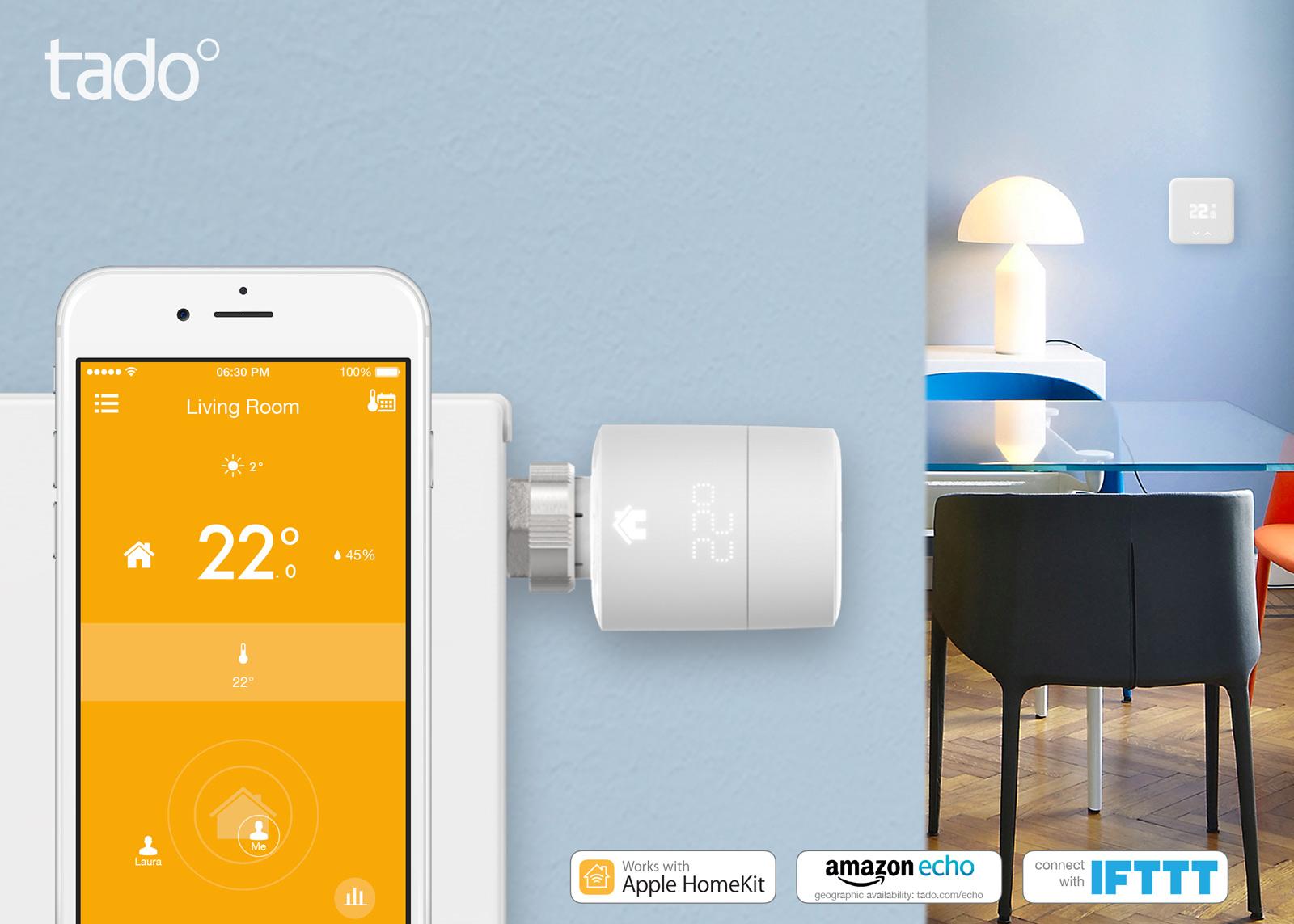 Tado is no doubt celebrating today after its thermostat was selected above all others for O2's new subscription-based smart home offering. That's by no means the only Tado news from this year's IFA, though, as the company today announced its third-generation smart thermostat. Pretty much nothing has changed from a hardware standpoint, with the main improvements being support for both Apple's HomeKit and Amazon's Echo platforms, allowing you to control your heating by talking to Siri or Alexa, respectively. IFTTT integration remains part of the feature set, and the new generation is also said to have improved energy efficiency algorithms.

Joining the third-gen thermostat are new radiator controls that replace existing, dumb valves. Similar to offerings from the likes of Honeywell and Heat Genius, these let you control the temperature of individual heating zones. Tado's smart radiator valves can be paired with a thermostat, though they also work independently, connecting to your smartphone via a simple internet hub.

The third-gen thermostat will be available later this month for £199 outright, or to rent for £4 per month for the first year and £6 per month thereafter. The smart radiator system starter kit, which includes two valves and the internet bridge, is arriving slightly later, in October. You can rent the kit for the same price as a thermostat, or purchase it for £179, with each additional smart valve costing an extra £59.

In this article: alexa, amazon, amazonecho, apple, echo, gear, heating, home, homekit, ifa2016, o2, siri, smarthome, SmartThermostat, tado, thermostat
All products recommended by Engadget are selected by our editorial team, independent of our parent company. Some of our stories include affiliate links. If you buy something through one of these links, we may earn an affiliate commission.