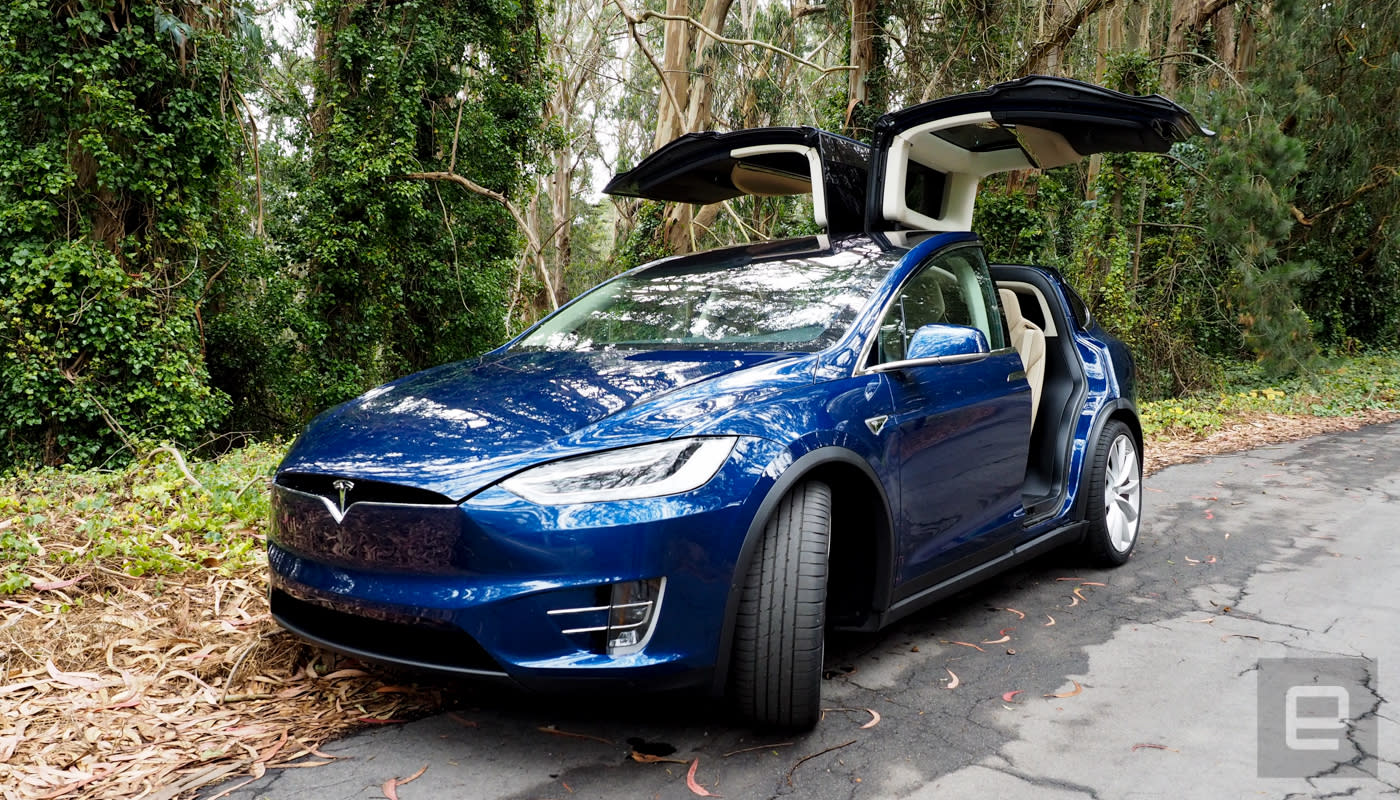 The latest firmware Tesla rolled out for Model X was supposed to fix its buggy doors, but it seemed to have brought new problems of its own. See, the car's sweet Falcon doors had been giving owners grief. One common complaint was that their inductive sensors, in charge of preventing those automatic wings from crushing precious fingers, were inclined to detect objects that weren't really there. Owners would sometimes have to try a few times to get them to close. According to the new firmware's logs, the update is supposed to improve this behavior. However, based on the tests conducted by MEtv Product Reviews on YouTube, Tesla might have deactivated those sensors altogether instead of issuing a proper fix.

In the first video below (at around the 8 minute mark), you can see a Falcon door closing on a cucumber clearly in its path, slicing it in half. Its sensors would have prevented that from happening. The real problem is, the automaker didn't specify such an important change on the firmware's update logs. While it's true most people wouldn't place their hands on a car's door frame, accidents do happen. Jalopnik asked MEtv Product Reviews for specifics, and the person behind the YouTube channel and website said:

"I was told they [the sensors] were deemed no longer necessary. They were turned off in v 7.1 2.32.100. I took it to mean that they couldn't get the buggy inductive sensor to work properly, and since everyone was having issues with them removed them and didn't tell anyone until I asked because I noticed the behavior had changed. You can see how they work in my previous videos. I don't think there is any other video online that shows how the inductive sensors work...

Everyone's had issues with phantom object detection which is caused by these inductive sensors. Take from this what you will, but it looks like they figured out a way to just remove them and use the motors in the hinges to detect. How it pinches, before with the inductive it stops on contact."

The company didn't say whether it truly disabled those specific set of sensors when Jalopnik asked for a statement. Its spokesperson only said:

"We adjusted Model X Falcon Wing doors via a software update in order to improve closure consistency and reduce false detection of obstacles."

For now, the best thing to do if you own a Model X is to be very careful around those doors. Or, you know, to physically restrain the limbs of restless passengers if necessary.

In this article: culture, doors, gear, modelx, safety, sensors, tesla, transportation
All products recommended by Engadget are selected by our editorial team, independent of our parent company. Some of our stories include affiliate links. If you buy something through one of these links, we may earn an affiliate commission.