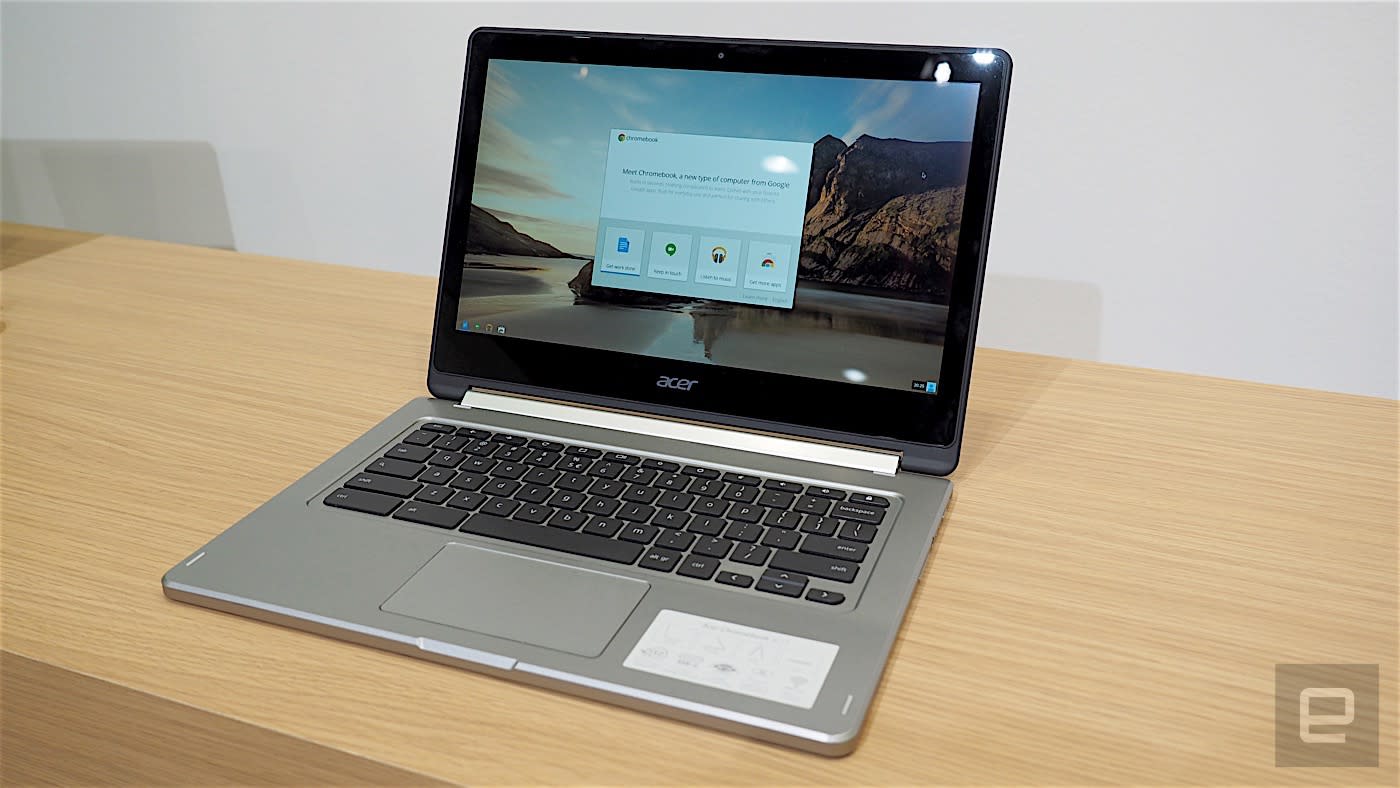 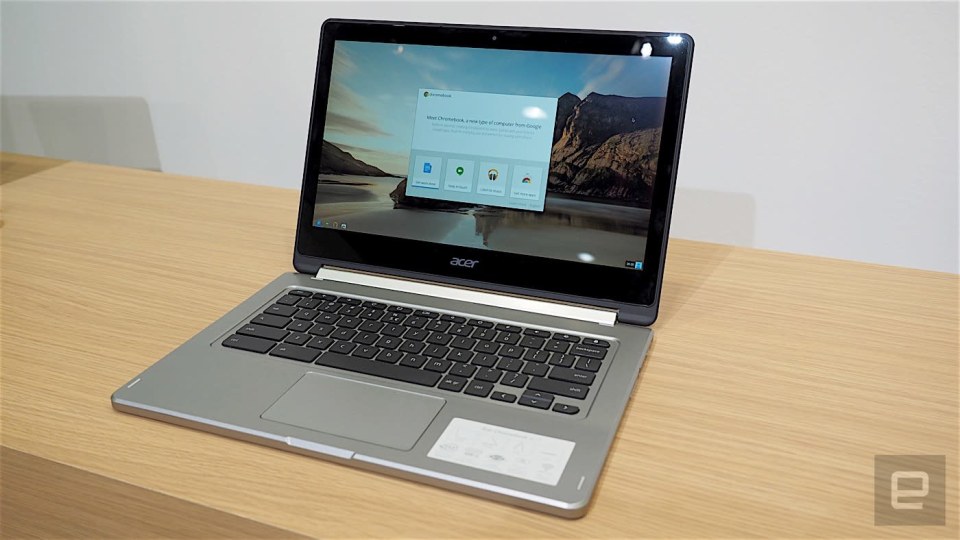 In May, Google announced that it would be bringing Android apps to Chrome OS, finally marrying the two operating systems in a way that makes Chromebooks that much more useful (A million-plus more apps!) All of a sudden, convertible Chromebooks sound way more appealing. Acer must've thought so too, because it unveiled the Chromebook R13 just a few days ago at IFA. Just like its R11 predecessor, the R13 has a 360-degree hinge that lets it seamlessly transition from Chromebook to Android-esque tablet in no time flat.

As the name suggests, the R13 has a 13.3-inch display. Acer was keen to point out that this is the first ever convertible Chromebook at this size, which is certainly of note if you're a fan of larger screens. It's a pretty nice display too, with a full HD 1920 x 1080 resolution plus it's an LED-lit IPS LCD. Measuring 12.83 by 8.98 by 0.61 inches and weighing in at 3.28 pounds, it won't weigh down your backpack. That said, when it was flipped over into tablet mode, I had a slight problem holding it due to its weight. This is definitely a tablet that you'd rest on your lap rather than grip it one-handed.

Speaking of tablet mode, I thought the display hinge felt pretty solid as I was turning it around. It was sturdy enough so that I could hold the R13 in a variety of positions; standard laptop mode, tent mode, presentation mode and of course as a flat tablet. I thought the touchscreen felt pretty responsive too, though I didn't have the opportunity to run too many apps on the demo unit at the Acer booth. What I especially enjoyed was the keyboard. The keys have a nice shallow clickiness, which I feel results in super fast travel. I felt like I could touch type pretty fast on this if I wanted to. As for internals, the R13 has a MediaTek M8173C CorePilot quad-core processor, a HD webcam on the front for those webchats, plus a USB Type-C port on the side. It also has USB 3.0, HDMI, Bluetooth 4.0 and the usual microphone and headset jacks. Storage-wise, it'll come in 16GB, 32GB and 64GB varieties. Prices start at $399 and it'll be available starting this October. Which is around when the Play Store should arrive on Chromebooks. Great timing, right?

In this article: acer, chromebook, chromebookr13, convertible, gear, google, ifa, ifa2016, personal computing, personalcomputing
All products recommended by Engadget are selected by our editorial team, independent of our parent company. Some of our stories include affiliate links. If you buy something through one of these links, we may earn an affiliate commission.