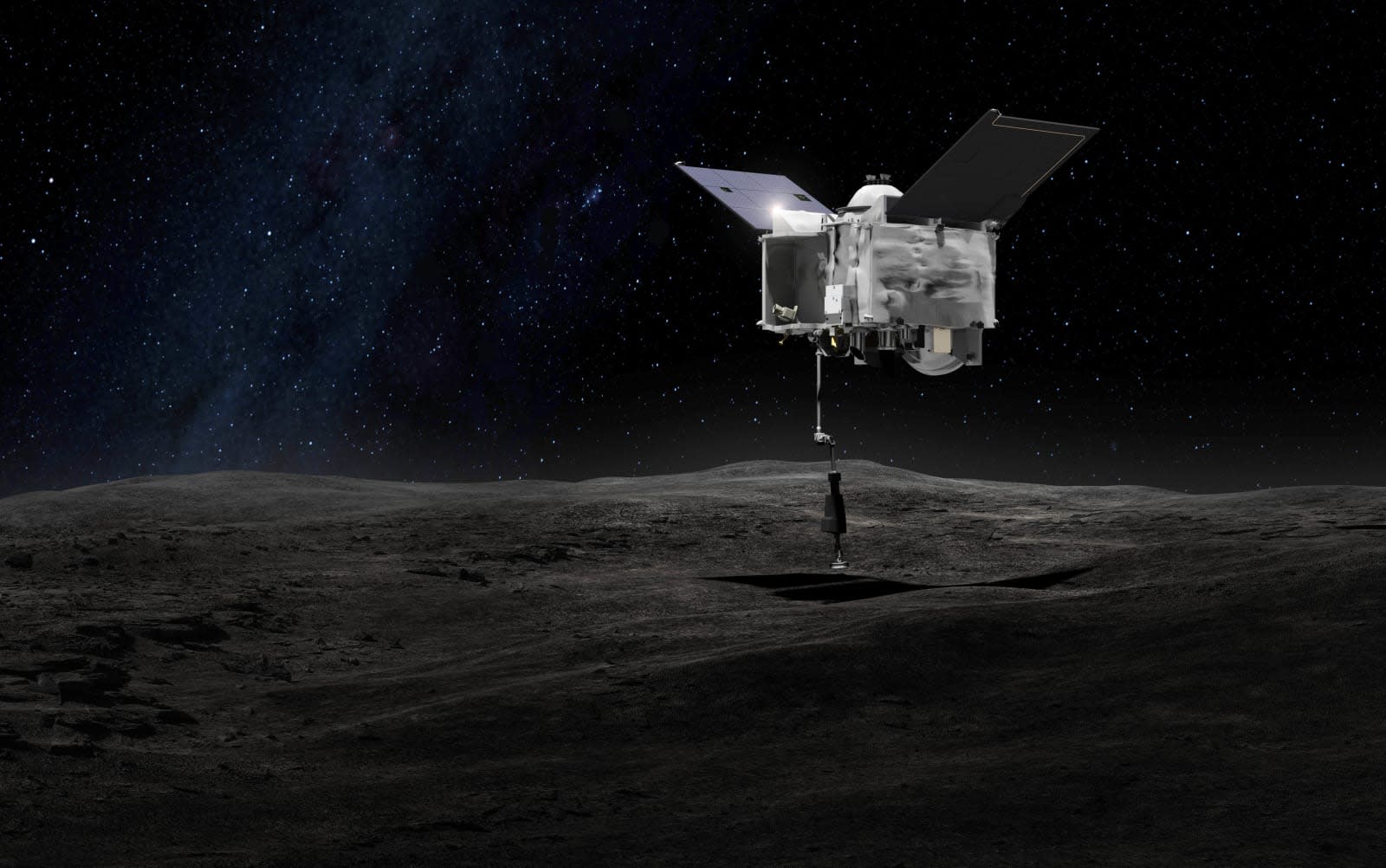 After years of construction and months of rigorous testing, NASA's asteroid-sampling OSIRIS-Rex spacecraft is ready to take off from Cape Canaveral this Thursday, September 8th at 7pm ET. After it leaves the atmosphere on an Atlas V rocket, the spacecraft will take two years to reach its destination, a near-Earth asteroid called Bennu. Upon arrival in 2018, OSIRIS will begin an multi-year mission of mapping the 1,650-foot asteroid and bringing home a scoop of carbon-rich space rocks, which researchers believe may hold 4.5 billion-year-old leftovers from the beginning of the solar system and some of the basic building blocks of life.

Update (9/8): You can watch NASA's livestream of the launch (scheduled for 7:05PM ET) right here or embedded below.

Unlike the European Space Agency's ill-fated Philae lander, OSIRIS-Rex won't be crashing into Bennu's surface. In July 2020, after a year-long survey of the surface, NASA will pick a sampling site and begin a slow, one-quarter mile per hour descent. As the New York Times reports, the Lockheed Martin-designed spacecraft will bounce gently off the asteroid "like a pogo stick" while a sampling head uses a blast of nitrogen gas to collect dirt and small rocks. NASA hopes to gather anywhere from a couple ounces to nearly four and a half pounds of material before the craft starts a two-year trip home. In September 2023, OSIRIS-Rex will airdrop the samples in a parachute capsule that will land in the Utah desert.

For now, however, viewers here on Earth can follow Thursday's launch with NASA's livestream coverage on YouTube. According to NASA's official schedule, the stream will go live sometime on Wednesday, September 7th, but will be pretty uneventful until the Atlas rocket is loaded with cryogenic fuel starting around 4:30 PM ET on Thursday afternoon. The two-hour launch window lasts from 7:05 PM ET to 9:05 PM ET and NASA will be broadcasting the launch countdown via the Kennedy Space Center's Facebook and Twitter.

Coverage will continue until about an hour after launch, followed by a post-launch news conference from NASA and the United Launch Alliance. In the meantime, NASA has just posted an hour-long preview documentary explaining more about the science and tech aboard OSIRIS-Rex, as well as a much more condensed, four-minute version of the entire mission:

In this article: asteroids, Bennu, NASA, Osiris-Rex, science, space, video
All products recommended by Engadget are selected by our editorial team, independent of our parent company. Some of our stories include affiliate links. If you buy something through one of these links, we may earn an affiliate commission.