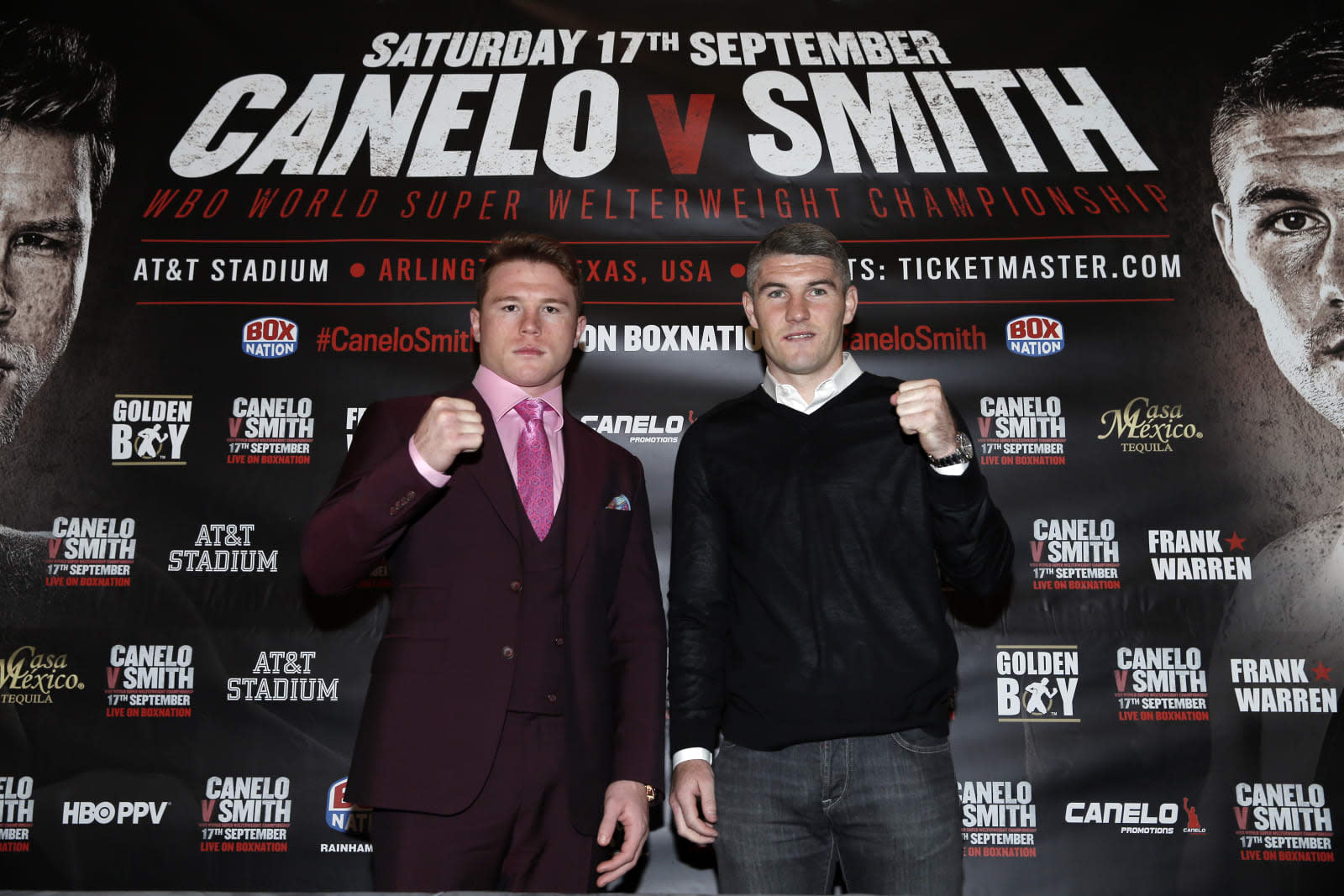 After retiring, boxing legend Oscar De La Hoya has become one of the most powerful people in the sport. His Golden Boy Promotions firm launched in January not just to represent boxers and set up fights, but also to get them in front of viewers the way they watch today: On the Internet. In two weeks, viewers can watch the world championship match between Canelo Alvarez and Liam "Beefy" Smith via pay-per-view livestream on any device they want. Finally, boxing is entering the modern reality of sports enjoyment.

But it won't just be a broadcast of the pugilist pair pummeling each other live from AT&T Stadium in Arlington, Texas. Viewers get pre-fight footage they've come to expect, like behind-the-scenes looks at both boxers' training camps in the week leading up to the stream. For the $55 digital entry fee, fans also get the option to watch three other title matches co-billed alongside the main event.

If you want to watch a boxing match live, the usual method has been a sizeable pay-per-view cost routed through a cable company or HBO. But streaming straight from Golden Boy Promotions' site could be a tectonic shift in the sport, allowing viewers to bypass the hassle of subscription services and just watch straight from whichever device is convenient. It's certainly more convenient for De La Hoya's company: Alvarez's match with Amir Khan netted $30 million in revenue from pay-per-view buys, but half of that went to cable and satellite providers, according to ESPN.

The Canelo-Smith match is on September 17th, with the first fight streaming at 3:20 PM ET and the main show starting at 9:00 PM ET.

In this article: boxing, culture, GoldenBoyPromotions, livestream, OscarDeLaHoya, services
All products recommended by Engadget are selected by our editorial team, independent of our parent company. Some of our stories include affiliate links. If you buy something through one of these links, we may earn an affiliate commission.