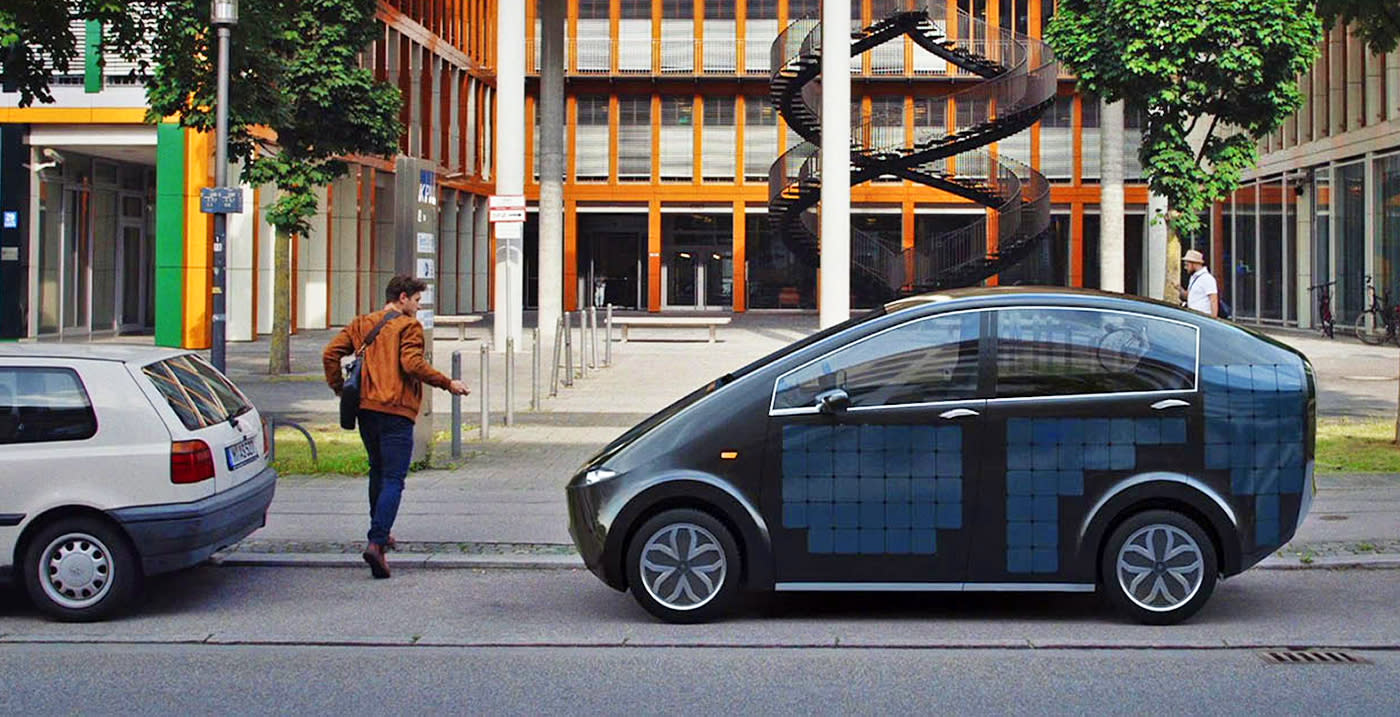 3D printing and autonomous cars are two of today's hottest emerging technologies -- so why not combine the two? That's the idea behind Local Motors' latest vehicle, which features a 3D-printed body, a windshield video screen and no steering wheel. Meanwhile, OX launched the world's first all-terrain flat-pack truck, which can be quickly shipped anywhere in the world. Cannae Corporation announced plans to test an "impossible" zero-exhaust microwave thruster that could revolutionize space travel. And Electra Meccanica launched SOLO, an affordable three-wheeled electric vehicle for one.

In energy news, this week Sonos Motors announced plans to debut a solar-powered car within two years, and Soel Yachts unveiled a sun-powered motorboat that glides through the water without making a sound. A team of Swiss researchers developed the world's most efficient solar cell, which can double the efficiency of rooftop arrays. And in Israel, researchers developed a new strain of algae that produces five times more hydrogen fuel during photosynthesis.

3D printers can create incredibly complex objects, but they don't lend well to on-the-fly improvisation. Meet the 3Doodler, an amazing printing pen that can draw wood, copper and bronze structures in mid-air. In other design and technology news, Egloo launched a brilliant electricity-free heater that can warm your home for pennies a day. We were glad to see Apple launch a new water-resistant iPhone, which should cut down on e-waste due to drowned gadgets. And a plant-covered mobile living room took to the streets of Europe to purify the air.

In this article: 3Doodler, CannaeCorporation, Egloo, electra meccanica, ElectraMeccanica, gear, green, inhabitat, InhabitatWeekInGreen, LocalMotors, OX, partner, science, SoelYachts, SOLO, SonosMotors, syndicated, transportation, weekingreen
All products recommended by Engadget are selected by our editorial team, independent of our parent company. Some of our stories include affiliate links. If you buy something through one of these links, we may earn an affiliate commission.