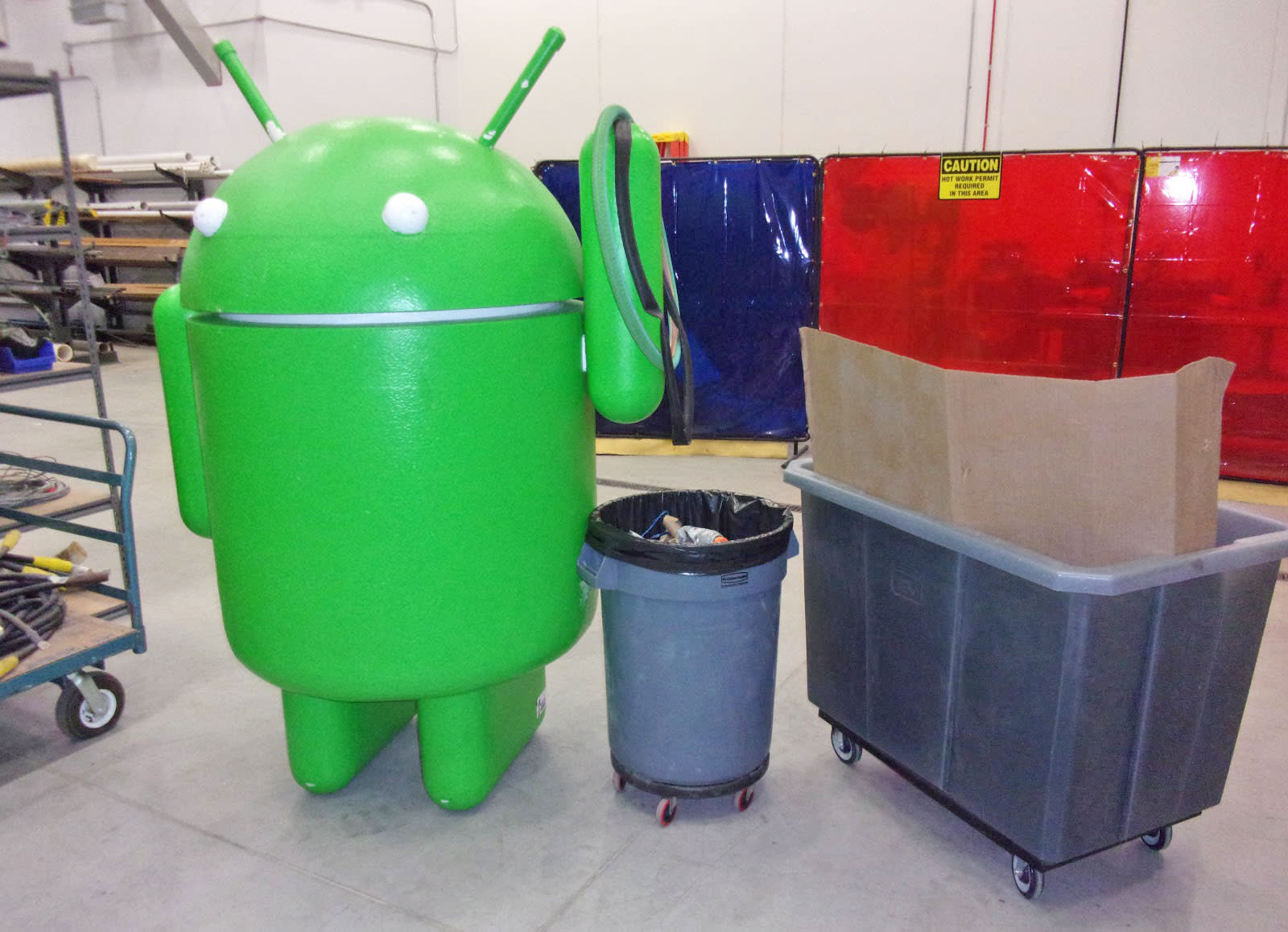 So much of the world runs on Google, be it Docs, Gmail, YouTube or just search. But few of us know that much of what keeps the whole thing chugging along is the company's data centers, located all around the globe. And, as you might expect, it takes a lot of power and resources to do all that data churn, which is potentially quite wasteful. Thankfully, however, the search giant has committed to a new initiative called Zero Waste to Landfills so that all of the waste from those data centers will be reused or diverted to a more sustainable route.

Already, six of Google's data centers have achieved a 100 percent diversion rate, and globally about 86 percent of the waste is being treated sustainably. According to the company, its data center in Mayes County, Oklahoma was the first to achieve the Zero Waste to Landfill goal. Google was able to do this by finding projects that do double duty, extend the life of existing infrastructure and adapting to the ever-changing world of waste operations. For example, around 52 percent of components in machine upgrades in 2015 were refurbished.

Google's sustainability efforts doesn't just stop at its servers either. According to Jim Miller, vice president of global operations at Google, the company is also trying a zero waste approach to food served in its kitchens too, such as serving baked goods made with the discarded parts of a coffee plant. "It is certainly a challenge to change in the way we make things and use them, but it's not impossible," says Miller in a blog post.

Of course, Google is not the only Silicon Valley company making a commitment to a greener planet. Apple has reported that all of its data centers around the world already run on 100 percent clean energy, and it also has a goal of 100 percent renewable energy across its offices. 93 percent of its energy in 2015 came from renewable energy, from initiatives such as a 32-megawatt solar project spread across its Singapore facilities.

In this article: culture, datacenters, google, green, internet, science, services
All products recommended by Engadget are selected by our editorial team, independent of our parent company. Some of our stories include affiliate links. If you buy something through one of these links, we may earn an affiliate commission.