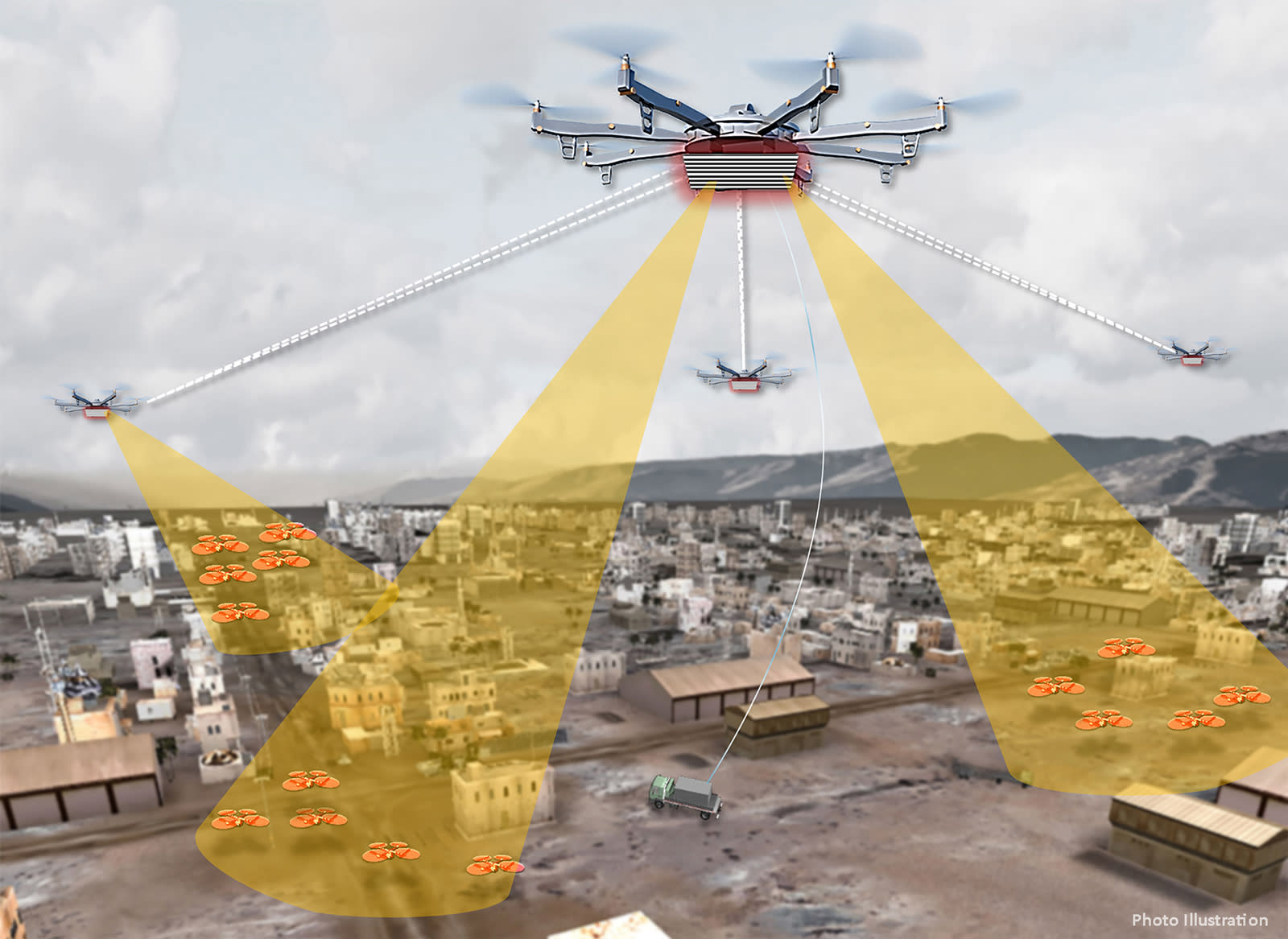 Conventional air traffic might be tightly controlled and monitored, but even with the new FAA regulations, drones and other unmanned aerial systems are mostly operating without any government oversight. And that doesn't sit well with the folks at the Pentagon, who fear that easy access to affordable drones could make them easily adaptable for terrorist or military purposes. To combat this potential threat, the Defense Advanced Research Projects Agency, announced this week an "Aerial Dragnet" program that aims to map all small drone activity in urban settings.

While the FAA is using much more consumer-friendly burrito delivery tests to build out a method of low-altitude air traffic control, DARPA envisions a system that can be used by the military in urban settings overseas or for homeland security applications in the US. DARPA's plan would include a network of surveillance nodes that can track slow, low-flying drones without the need for a direct line of sight. Those nodes could be anything from a fixed instrument to a tethered or "long endurance" drone and the whole thing is meant to be cost-effective and highly scalable for larger coverage areas.

While the agency doesn't have a plan for implementing this dragnet just yet, the program is seeking proposals from teams with "expertise in sensors, signal processing, and networked autonomy." Full details about the project goals have been posted to FedBizOps and there is a Proposers Day scheduled for September 26th, 2016 in Arlington, Virginia.

In this article: aerialdragnet, culture, DARPA, drones, faa, politics, robots, security
All products recommended by Engadget are selected by our editorial team, independent of our parent company. Some of our stories include affiliate links. If you buy something through one of these links, we may earn an affiliate commission.