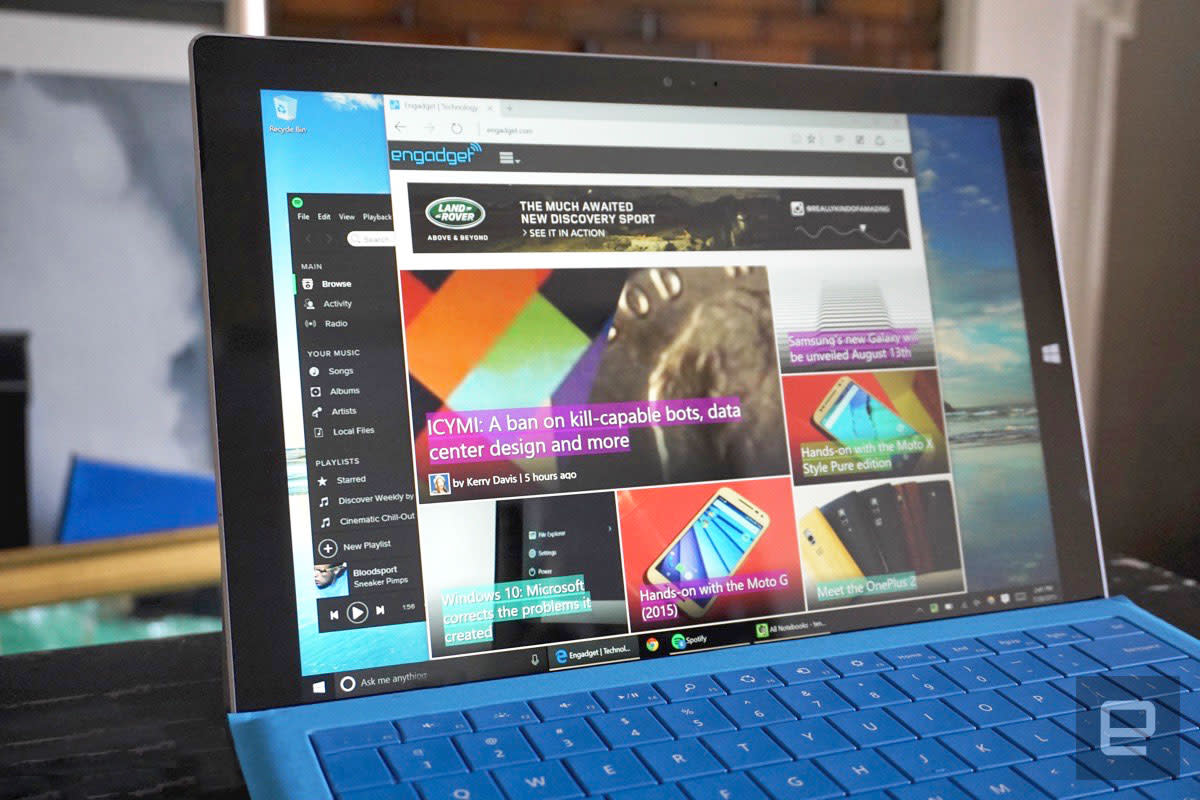 Microsoft said it achieved a 12 percent efficiency improvement over the last version thanks to tweaks in both the browser and Windows 10 itself. Other tests are closer, though -- Chrome sucks just 11 percent more power on a Vimeo test, for example. In real-world tests, however, Edge trounces both browers, consuming around 450 milliwatts of power compared to 550 milliwatts for Firefox and about 770 milliwatts with Chrome.

While Microsoft called the tests "realistic and transparent," it's still running them on its own Surface Books, not third party hardware. And power consumption isn't everything -- Google app users may prefer to stay within the Chrome ecosystem, for one thing. In any case, Edge's share of the desktop browser market hasn't budged from around 4.2 percent recently, so Microsoft's efficiency message doesn't seem to be getting across.

Its also as much an indictment of Chrome and Firefox as a pat on the back for its own browser. Chrome users have already noticed a significant degradation in performance, and even Google admits that it's time to fix that. Still, if you need to eke the maximum endurance from a Windows 10 laptop, the latest tests give you a solid reason to consider Edge.

In this article: BatteryLife, Browser, Chrome, Comparison, Edge, Firefox, gear, internet, microsoft, personal computing, personalcomputing, PowerConsumption
All products recommended by Engadget are selected by our editorial team, independent of our parent company. Some of our stories include affiliate links. If you buy something through one of these links, we may earn an affiliate commission.