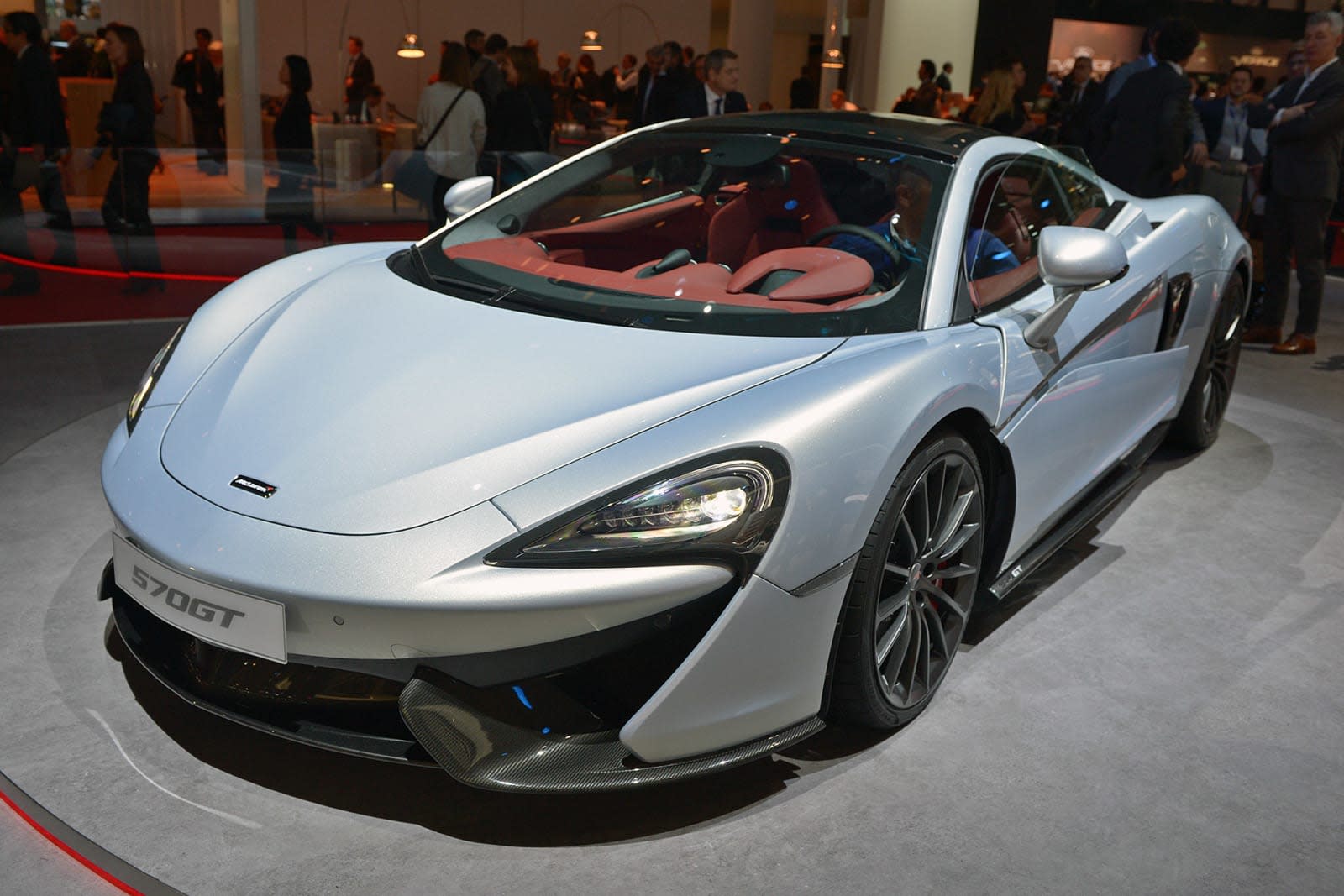 Apple's automotive plans might not be as grand as they used to be, but that isn't ruling out some bold moves. Financial Times sources claim that Apple is considering a major stake in supercar maker McLaren, whether it's a "strategic investment" or a full-blown acquisition. It's not certain what Apple's exact strategy would be with this deal, but it's reportedly eyeing McLaren for its engineering talent, technology and patents. And while there's no guarantee that the talks will lead anywhere, the tipsters say they started several months ago -- this isn't just a casual fling, if true.

Neither Apple nor McLaren is commenting on the rumor.

A McLaren acquisition would seem odd at first blush. This is a company focused almost exclusively on high-end cars and the automotive tech to match, such as Formula 1. An 'entry level' ride like the 570GT you see above starts at $201,450, which doesn't really dovetail with Apple's premium-mass-market strategy. However, it makes sense for a tech company looking for a partner with extensive technical know-how. McLaren is one of the pioneers of advanced material uses in cars (the F1 was the first road car to use a carbon fiber monocoque chassis), and it embraces everything from touchscreen controls to hybrid electric powertrains (like that in the P1). Even if Apple doesn't make a complete car, McLaren could help it nail the fundamentals of in-car tech.

A complete buyout would raise questions, though. What would happen to McLaren's car range? Would it follow in Porsche's footsteps and diversify beyond pure sports cars, or even drop self-made cars entirely? And would Apple's Jony Ive have to give up his Aston Martins and Bentleys? Tim Cook and company can certainly afford to buy McLaren (its estimated worth tops out at $1.9 billion), but they'd have to make some difficult decisions about their involvement in the car industry.

Update: New York Times sources not only echo the McLaren rumor, but add that Apple is reportedly talking about an acquisition with Lit Motors, best known for a self-balancing electric motorcycle. Apple has already taken on "several" of Lit Motors' employees, so this would be the next logical step.

McLaren, meanwhile, tells the NYT that it's "not in discussion" with Apple regarding an investment. Take the rumors with a grain of salt, then. Still, it's hard to rule out acquisition talks when contacts for two major news outlets are saying that something is afoot.

In this article: acquisition, apple, car, gear, mclaren, projecttitan, supercar, transportation, vehicle
All products recommended by Engadget are selected by our editorial team, independent of our parent company. Some of our stories include affiliate links. If you buy something through one of these links, we may earn an affiliate commission.