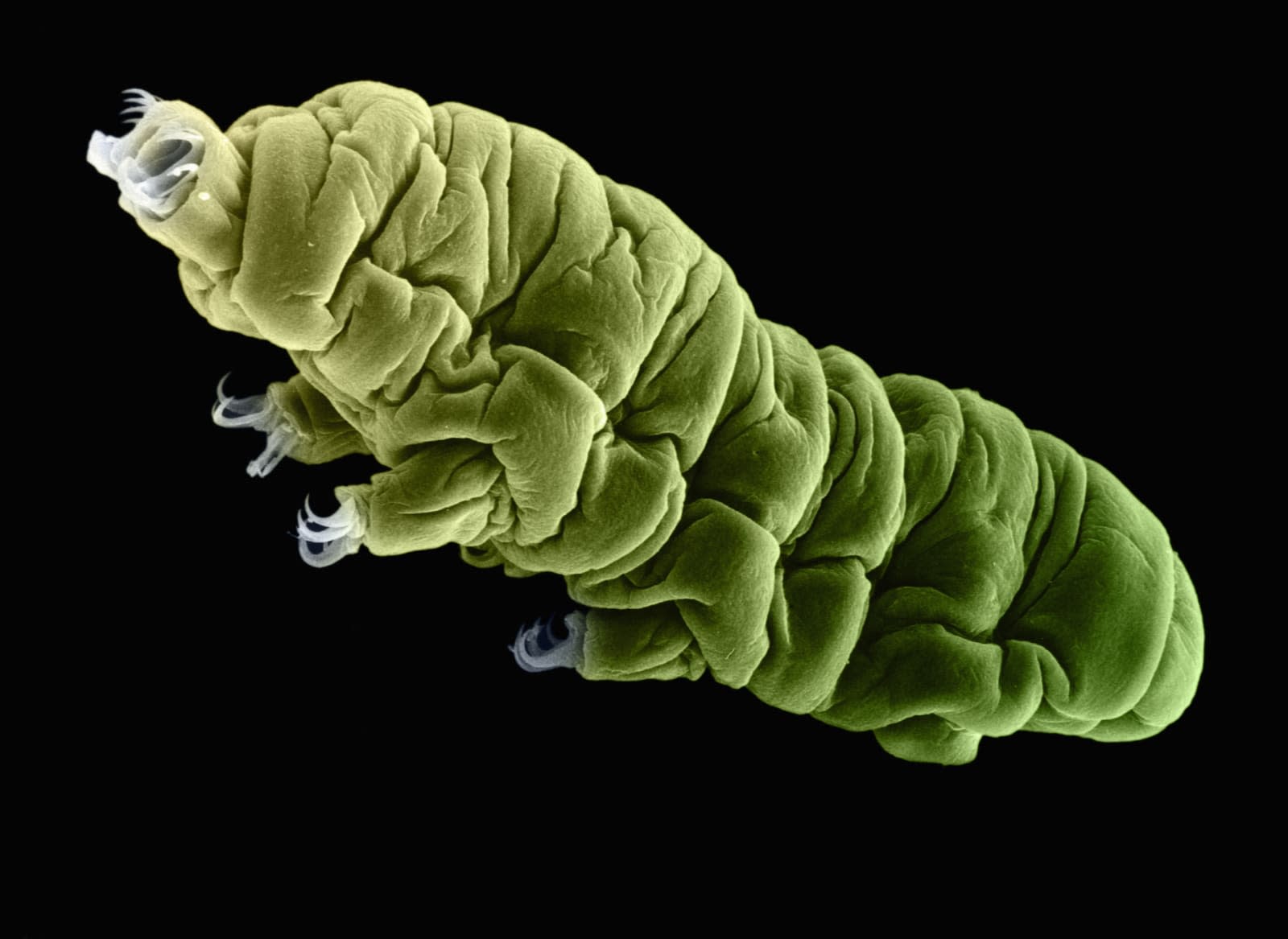 Tardigrades, aka 'water bears,' are microscopic organisms that survive in harsh environments from the antarctic to oxygenless space. They are so robust that Japanese scientists froze a group of them for 30 years and successfully revived two specimens. But to understand what makes these tiny creatures so impervious, another group of researchers took a closer look at their genes. By mapping the entire genome of a particularly stress-tolerant tardigrade species, Ramazzottius varieornatus, they found a protein that protects DNA from being irradiated — which could be used to shield humans.

As the University of Tokyo researchers describe in the science journal Nature, they took a sample group of human DNA and watched it deteriorate when bombarded with X-rays. But when they allowed some of those to create that tardigrade protein, they only showed half the damage as the control group. Further, those protected cells were still capable of reproducing. As in all specific studies, it's too early to state how this will translate into treatment, prevention or any dramatic transhumanist strengthening of our species. But the scientists believe more of these proteins, and new applications, are likely lying in wait for more research to uncover.

In this article: genetics, genome, medicine, radiation, science, tardigrade, transhumanism
All products recommended by Engadget are selected by our editorial team, independent of our parent company. Some of our stories include affiliate links. If you buy something through one of these links, we may earn an affiliate commission.