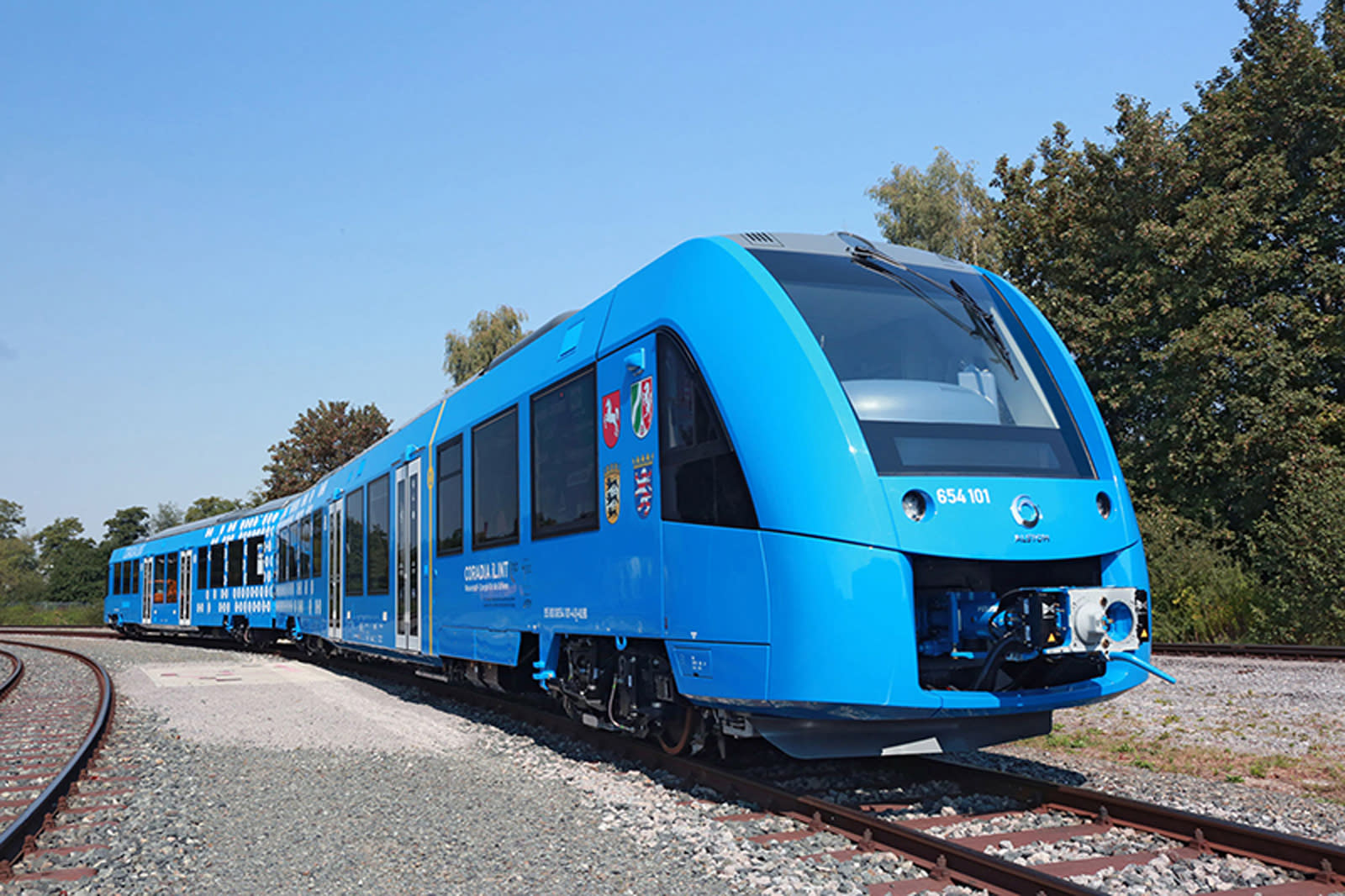 Hydrogen fuel cells aren't gaining a huge amount of traction in cars, where there's a steady move toward electric. But what about regional railways, where long ranges and a lack of powered rails makes electric trains impractical? Alstom thinks that makes plenty of sense -- the French firm has introduced one of the first hydrogen fuel cell trains, the Coradia iLint. The 300-passenger locomotive can travel up to 497 miles at a reasonably brisk 87 miles per hour, all the while spewing nothing more than water. Hydrogen gives it the freedom to run on non-electrified rails, and it's considerably quieter than diesels -- helped in part by batteries that store unused energy.

There are plans to put it into service relatively quickly. The first Coradia iLint should reach a rail line in northern Germany in December 2017, and it won't be surprising if other customers follow suit. The biggest challenge is infrastructure. Train service operators will have to upgrade all their relevant garages and stations with hydrogen filling systems, which could be more than a little expensive when spread across an entire rail network.

In this article: alstom, coradiailint, environment, gear, green, hydrogen, hydrogenfuelcell, rail, railway, train, transportation, video
All products recommended by Engadget are selected by our editorial team, independent of our parent company. Some of our stories include affiliate links. If you buy something through one of these links, we may earn an affiliate commission.