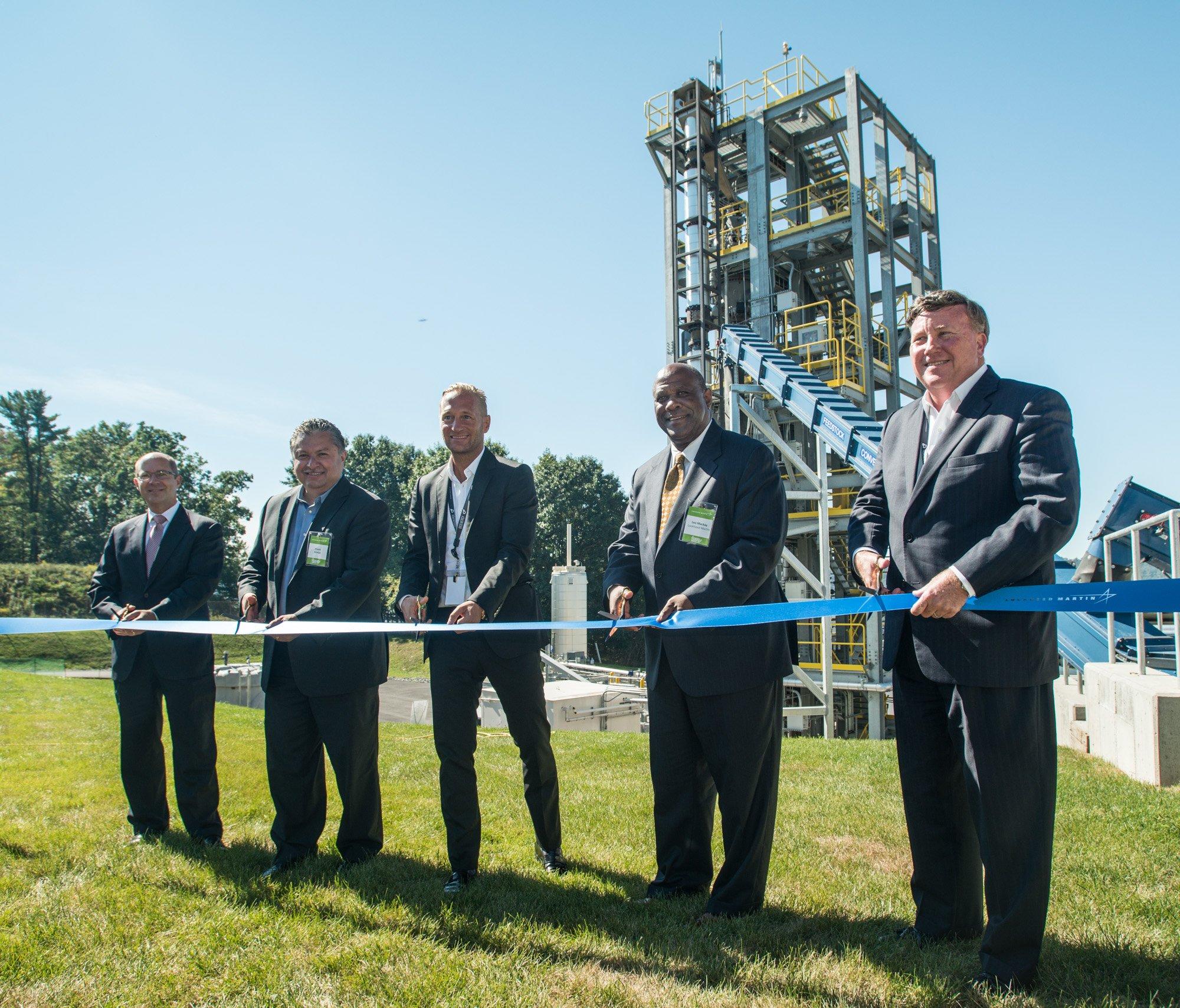 When it's not taking forever to deliver the F–35 or creating new blimp inspection drones, Lockheed Martin is hard at work finding ways to turn actual trash into useable clean energy. At its Owego, New York facility, where the company builds space-flight gear and military helicopters, the group has partnered with Germany-based Concord Blue to unveil a 250 kilowatt "advanced gasification plant" that will convert 3,650 tons of bio waste into electricity for the facility every year.

Waste-to-energy technology can work in two ways: either by burning bio waste directly or by heating solid waste material until it becomes a gas that can be converted it synthetic fuel. In the case of the Owego plant, the eventual goal is to build a sorting facility that can take municipal waste headed for the landfill, remove the recyclables, and convert the remaining biomass to fuel using Concord Blue's Reformer technology. Because the biomass fuel is heated in an oxygen-free environment, Lockheed says it far exceeds environmental requirements.

For now, however, the plant has already helped reduce carbon emissions by 9,000 metric tons per year by recycling discarded wood chips from nearby lumber mills into fuel for a wood-fired biomass system. While burning wood sounds like a downright low-tech solution, Lockheed claims this locally sourced energy is carbon-neutral and has saved the facility $1 million per year in heating and cooling costs. The company is also working to install a small-scale version of the system at a Veterans Affairs Hospital in upstate New York, enabling the hospital to provide its own heat and power. Meanwhile, in Herten, Germany, Concord Blue and Lockheed Martin are working together to build a 5 megawatt biofuel power plant that will convert 50,000 tons of feedstock into power for 5,000 homes and businesses.

In this article: bioenergy, biofuel, biomass, concordblue, green, lockheedmartin, science
All products recommended by Engadget are selected by our editorial team, independent of our parent company. Some of our stories include affiliate links. If you buy something through one of these links, we may earn an affiliate commission.