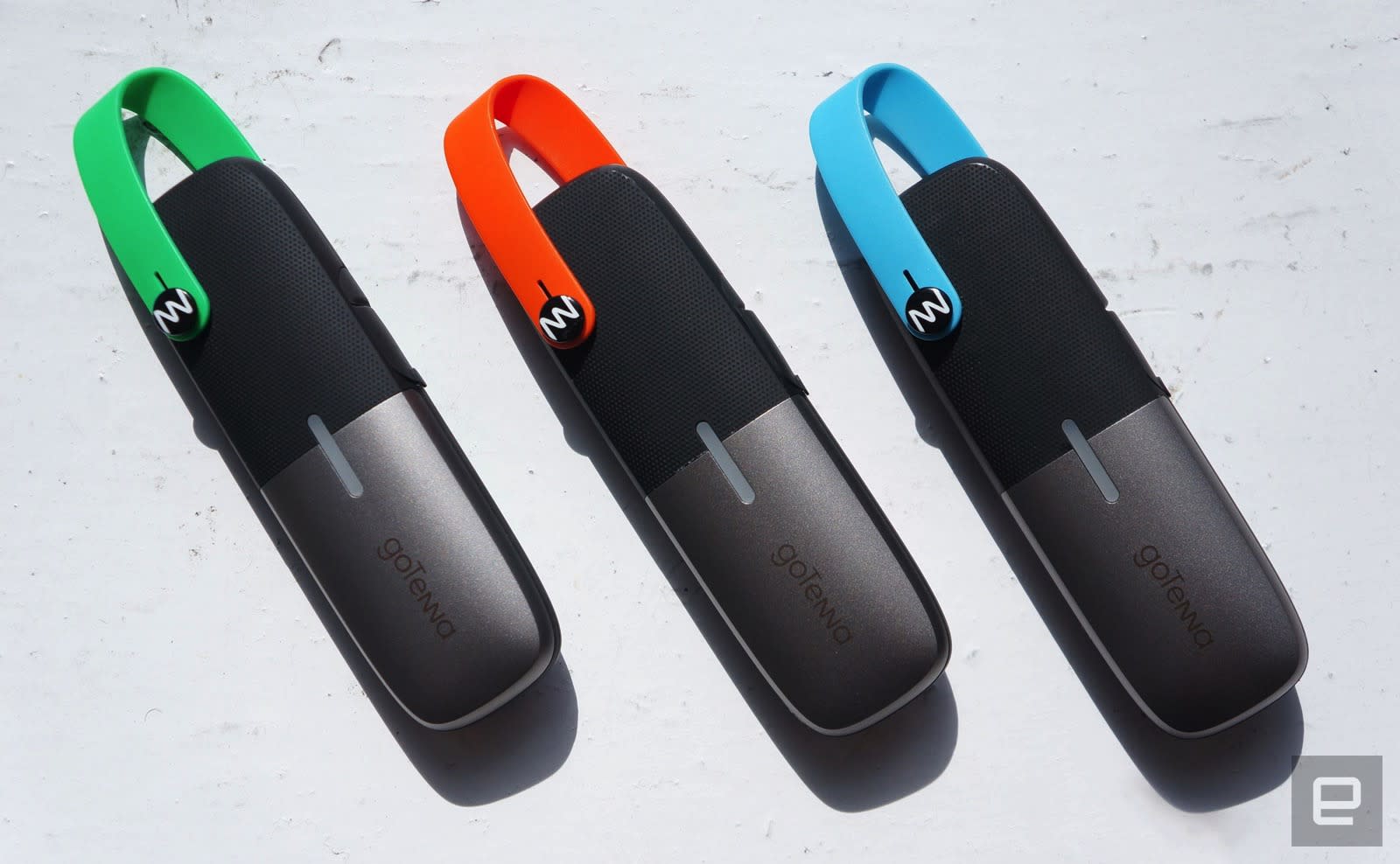 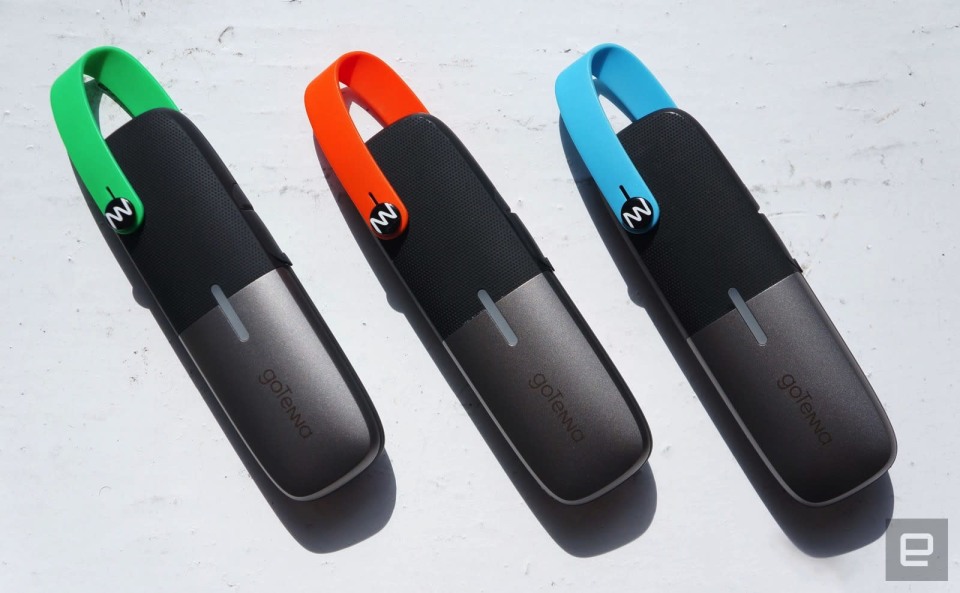 If you're a fan of exploring the great outdoors, especially in areas of devoid of cell service, you may have already sought out a GoTenna. These walkie-talkie-like enablers pair with your mobile device via Bluetooth so you can send messages and GPS data to others in the area using radio frequencies. Today the company is pushing the off-the-grid envelope even further with the introduction of GoTenna Mesh, along with a new premium subscription service and an SDK for developers to play with. The addition of mesh networking makes it one of the first devices of its kind, providing mobile (not fixed point), off-the-grid, long-range communication to users -- so long as there's a smattering of devices to help leverage its capabilities.

This is also the first time GoTenna is launching its product internationally, utilizing available public radio spectrums in each area. Early birds can pick up a set starting at $129 on Kickstarter, but if you wait for the retail launch it'll run you $179 per pair. The new hardware is smaller, albeit a touch chubbier-looking than its predecessor, and there's no longer a need for an antenna extension. The basic range without mesh networking in action is similar to the previous model, covering up to about one mile in urban areas and three out in the sticks. From there, however, once a few devices are in play, the range extends from one device to the next nearby and so on, letting your data daisy-chain its way across greater distances. The new technology augments the range of communication by sending data pings in the background to various nearby devices, hopping around until an efficient and successful path is found to the intended recipient. As an example, if you're hiking and have friend A three miles ahead of you (in range) and friend B six miles ahead, the signal can hop from one to the next, retransmitting from the closest device until it gets where it's going.

Obviously, with a robust network of active devices, the better the service can become. To help build a community for people to share their active locations, GoTenna launched the site: imeshyou.com, where users can anonymously list the area they're in with their Mesh. That way, you'll know if you're heading into an area where you can get a boost from the locals or other travelers nearby.

As before, you use the GoTenna app for iOS and Android to send messages as text or GPS coordinates. There's still a public broadcast channel that anyone with a device nearby can pick up, while group messaging and one-to-one communication offer end-to-end encryption for privacy's sake.

The company is also launching its first premium subscription service called GoTenna Plus. During the first 90 days, users can get a year's worth of service for $10, with the price then landing at $30 per year. This gives you detailed topographic maps, delivery notifications for up to six users at a time, location tethering to keep tabs on other verified users in your group and trip statistics. Plus, there's network relaying, so you if you don't have a cell signal, but a connected friend does, you can piggyback on their service and send SMS messages to the outside world.

In this article: communicator, gadgetry, gadgets, gear, gotenna, GoTennaMesh, kickstarter, meshnetworking, mobile, OffTheGrid, TL17HLP, WalkieTalkie
All products recommended by Engadget are selected by our editorial team, independent of our parent company. Some of our stories include affiliate links. If you buy something through one of these links, we may earn an affiliate commission.