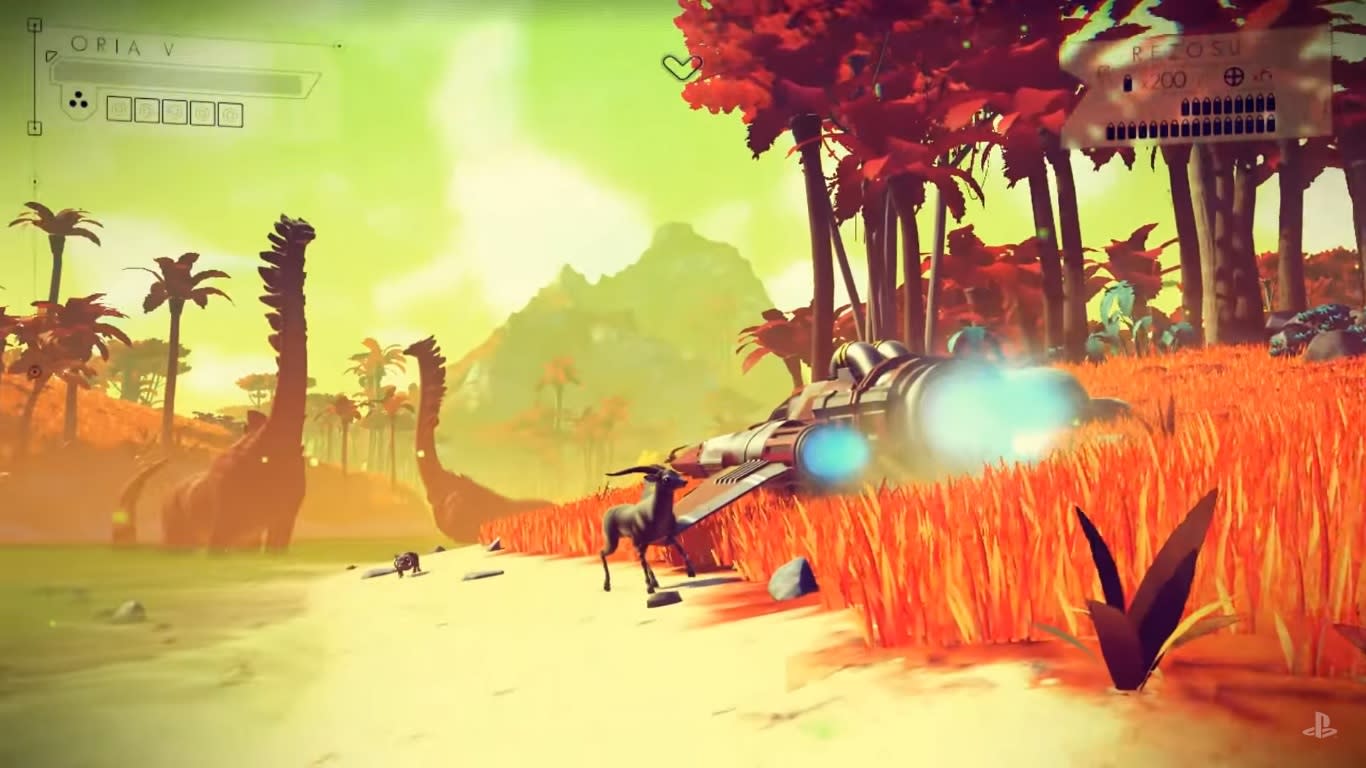 After No Man's Sky hit shelves in early August, complaints arose around bugs and oversights made by its small studio Hello Games. But as the weeks wore on, a new uproar struck out at the differences between concept videos and the released game, which some players and press believe lacked many features promised in its early promotional material. Now the UK-based Advertising Standards Authority (ASA) is launching an investigation into those disparities.

The inquiry specifically regards material appearing on the No Man's Sky's Steam store page. But the ASA's decision would be applicable to all advertising that similarly doesn't reflect the final game, a spokesman told Reddit user AzzerUK, who posted a list of the main claims being investigated.

By their descriptions, the ASA is assumedly comparing the final game to its E3 2014 demo, which is also the first one that appears front and center on the game's Steam page. Among those are disparities, like UI design, flowing water and aiming systems, that are the kinds of things that change during a game's development. But others are more severe: It's clear that the released version lacks several features displayed in the press video, like animals interacting and crashing through environmental underbrush or large-scale space battles.

If the ASA does declare that the game was falsely advertised, it's unclear what kind of repercussions Hello Games would face: The UK regulator's page indicates that, in most cases, the offending companies simply agree to remove the ad. In that case, they'd just strip the videos and claims on No Man's Sky's Steam page to comply.

Despite all the outrage and supposed flood of refunds at the end of August, the game still sold ridiculously well in its first week. SteamSpy indicates over 750,000 units sold on the platform to date, all presumably at the $60 sticker price. Further bad press from a false advertising declaration won't ruin the game's already controversial reputation, which has a "Mostly Negative" rating (only 34% positive) on Steam. Hello Games would probably just cry all the way to the bank.

Engadget has reached out to Steam and Hello Games, neither of which responded at press time.

In this article: advertising, Advertising Standards Authority, av, business, false advertising, gaming, hello games, nomanssky, STEAM, United Kingdom
All products recommended by Engadget are selected by our editorial team, independent of our parent company. Some of our stories include affiliate links. If you buy something through one of these links, we may earn an affiliate commission.