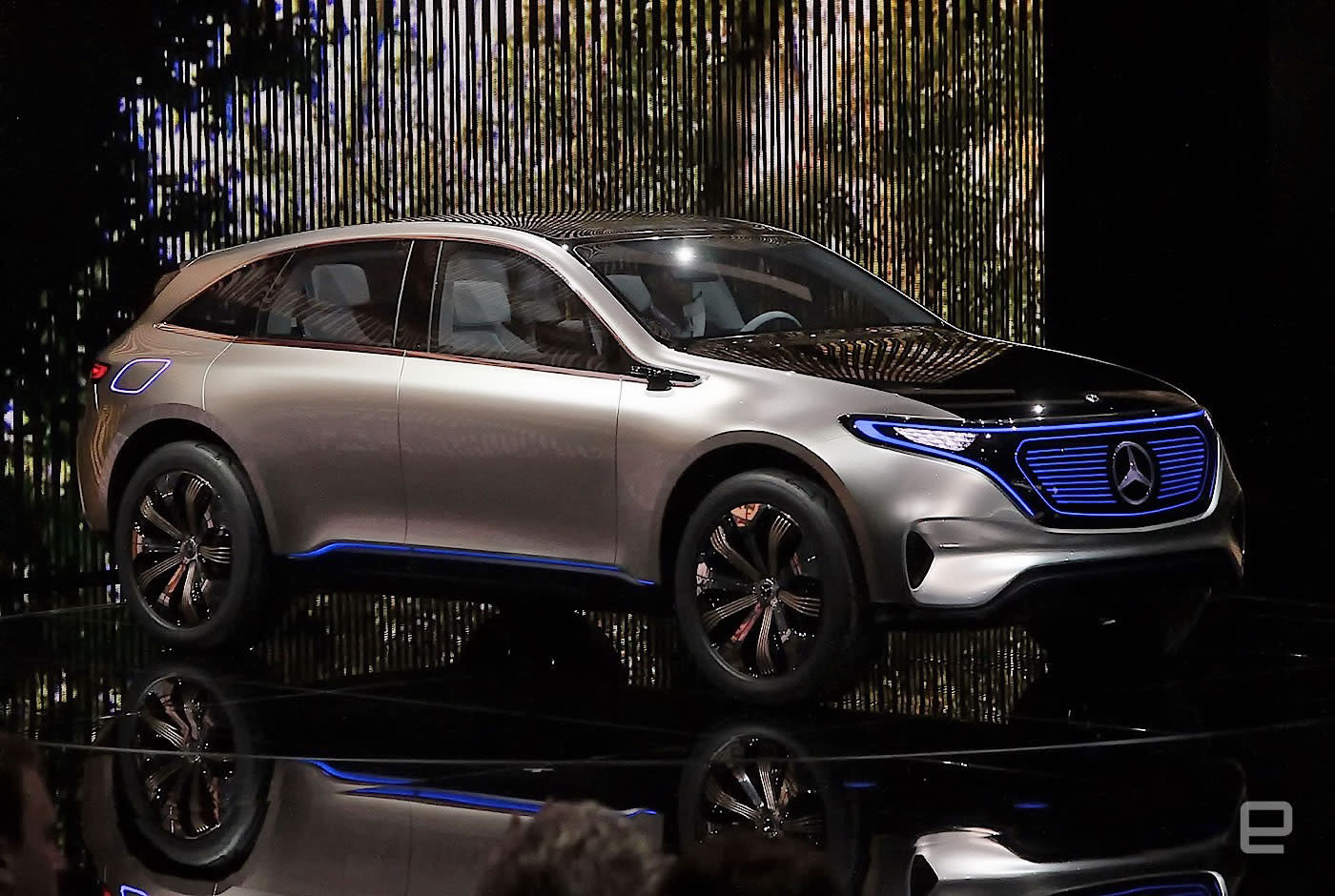 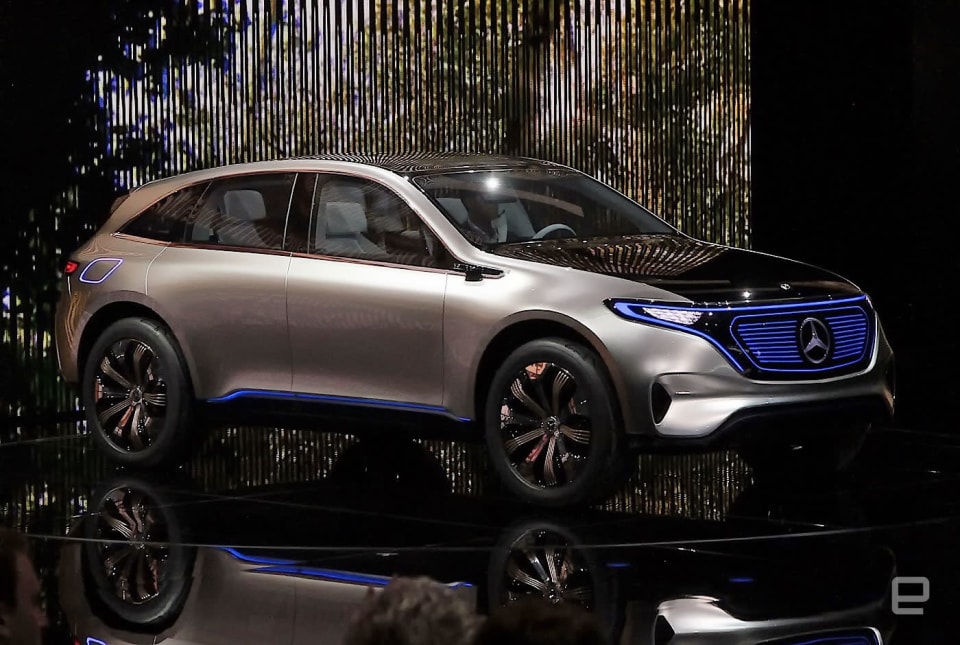 After confirming that it has quietly been working on a new sub-brand that will host a contemporary line of EVs, Mercedes today unveiled at the Paris Motor Show what it believes is the future of electric mobility. It's called Generation EQ and the first we're seeing of it is the new 402bhp SUV coupe concept pictured above, complete with twin electric motors, zero-emission drivetrain technology and a range of up to 311 miles. Like VW, Mercedes is putting it cars firmly in Tesla territory. Mercedes says all of its new electric vehicles will share one overall architecture, allowing it to build SUVs, saloons, coupes and other models using its "modular building-block system." It's a scalable approach that allows the company to support "a wide variety of wheelbase and track measurements as well as electric motors and battery combinations." Put simply, batteries and power outputs can be switched quickly, allowing customers to tailor an EQ car to their own specifications.

According to Mercedes, the EQ name stands for "Electric Intelligence" and is aimed at making its electric sports cars more mainstream. "The mobility of the future at Mercedes-Benz will stand on four pillars: Connected, Autonomous, Shared and Electric. 'Generation EQ' is the logical fusion of all four pillars," remarks Dr Dieter Zetsche, CEO of Daimler AG and Head of Mercedes‑Benz Cars. "The emission-free automobile is the future. And our new EQ brand goes far beyond electric vehicles. EQ stands for a comprehensive electric ecosystem of services, technologies and innovations."

To boost the efficiency of the new SUV, Mercedes ensured the Generation EQ has tightly-joined body panels, hid the windscreen wipers underneath the top edge of the bonnet and concealed the door handles in favor of remote opening. Models will be constructed from a mixture of high-strength steel, aluminium and carbon-fiber, and the lithium-ion batteries -- manufactured by Deutsche Accumotive, a battery company owned by Mercedes parent Daimler -- are mounted low in floor of the of the frame to increase performance (the Generation EQ can do 0-60mph in under five seconds) but also make its cars safer.

As you would expect, Mercedes' EQ range will also feature the latest technology inside the cars. They will utilize HERE's mapping technology in its driver assistance systems, which will underpin its autonomous driving technology. The software will interact with intelligent sensors located all around the car that feed back data its own systems but also other vehicles on the road that have Car-to-X features installed. This system intelligently exchanges information with other cars on the road to further prevent accidents.

Mercedes says that the "electro-look" SUV is expected to go into production from 2019, putting it in direct competition with the Audi e-tron quattro and Tesla Model X. Like Tesla, Mercedes will offer branded "wallboxes" that can be used for fast charging but also plans to introduce wireless induction charging. The German automaker already builds its own home batteries, which it says can be used to store excess energy from a customer's existing solar setup and provide a "green" source of power for their vehicle.

Steve Dent contributed reporting and photos to this report.

In this article: electric, EQ, EV, gear, generationEQ, green, mercedes, parisautoshow, parisautoshow2016, transportation, vehicle
All products recommended by Engadget are selected by our editorial team, independent of our parent company. Some of our stories include affiliate links. If you buy something through one of these links, we may earn an affiliate commission.