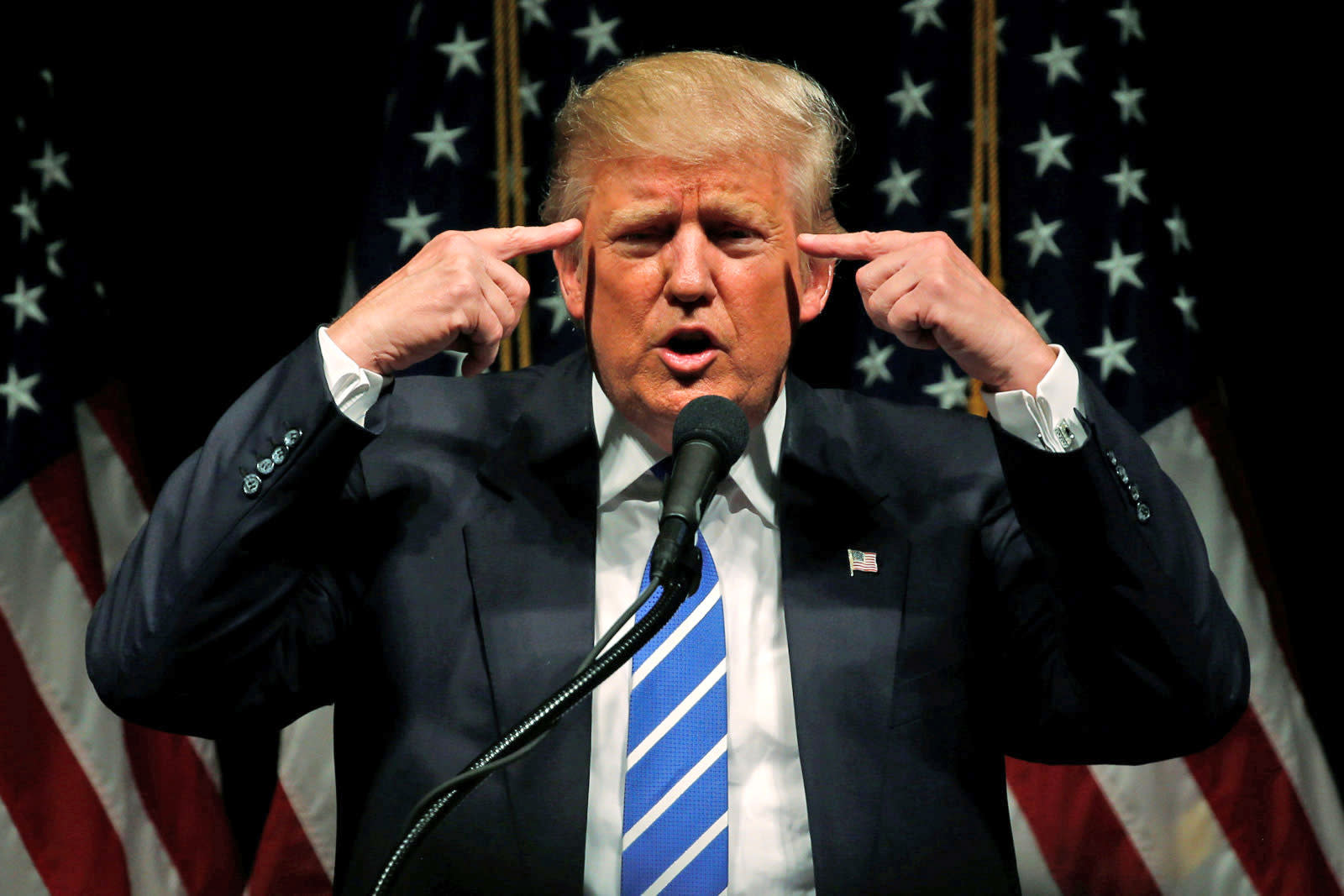 Republican presidential nominee Donald Trump has never let the truth get in the way of an angry rant. So it goes with this week's conspiracy theory of choice. At a rally in Wisconsin last night, Trump boasted that a "Google poll" showed he won Monday night's debate over Democratic nominee Hillary Clinton despite the fact that Google's search engine is biased against him.

"A new post-debate poll, the Google poll, has us leading Hillary Clinton by two points nationwide," Trump said (as reported by the Washington Post), "and that's despite the fact that Google search engine was suppressing the bad news about Hillary Clinton. How about that."

Google quickly responded with details on how autocomplete works. "The autocomplete algorithm is designed to avoid completing a search for a person's name with terms that are offensive or disparaging," the company wrote. "We made this change a while ago following feedback that Autocomplete too often predicted offensive, hurtful or inappropriate queries about people."

However, Trump has proven to be all about claiming the scales are tipped unfairly in his favor, so it's not surprising to see him trot out this tired old claim again. And it's a bit of a stretch to think he'd understand how autocomplete works, even if he read Google's blog post. Maybe his 10-year-old son, who's so good at cyber, can help him out.

In this article: 2016election, autocomplete, culture, donaldtrump, google, politics, presidentialdebate
All products recommended by Engadget are selected by our editorial team, independent of our parent company. Some of our stories include affiliate links. If you buy something through one of these links, we may earn an affiliate commission.