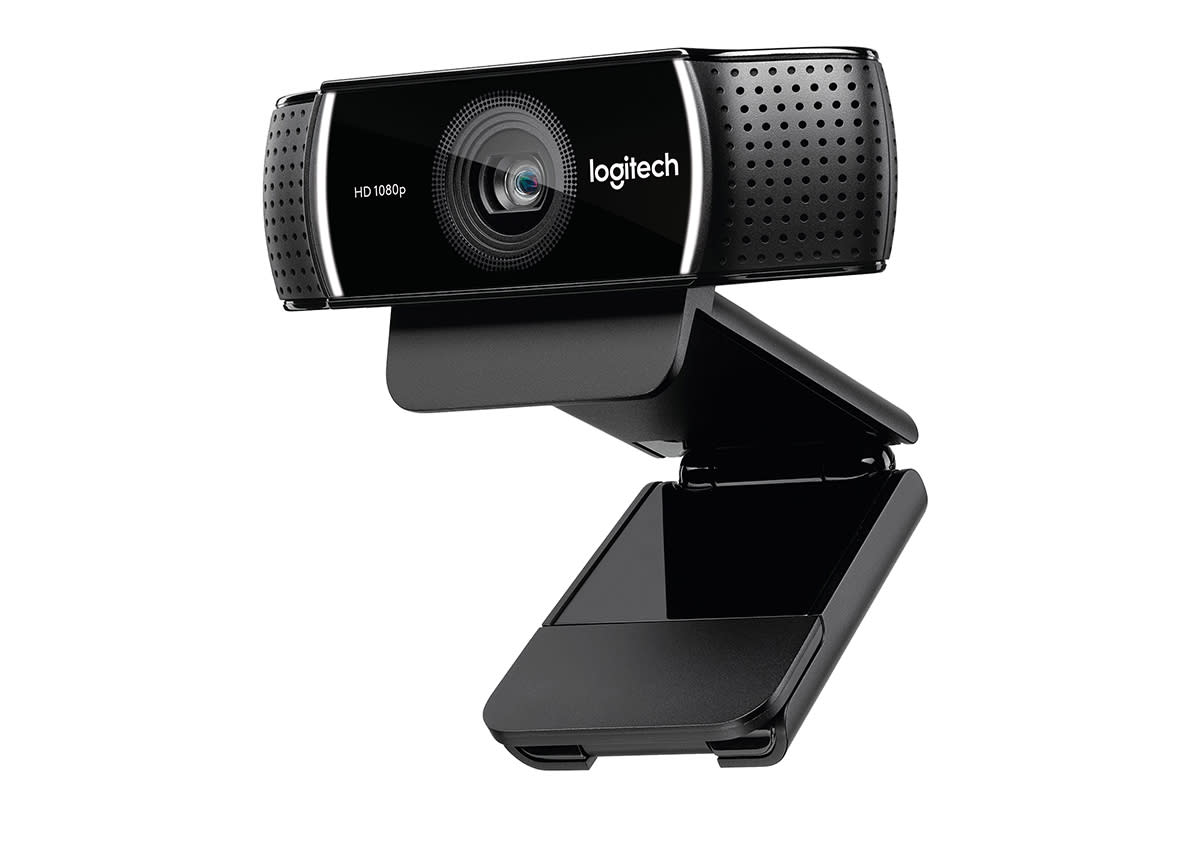 With eSports shaping up to be a half-a-billion dollar industry this year, now would be a good time to step up your livestreaming game if you're hoping to get noticed among the packs of Twitch streamers and YouTubers. Enter Logitech's latest webcam: the C922 Pro Stream, designed specifically for gamers with 1080p streaming at 30 frames per second and dynamic background replacement to make your face streams really pop.

The C922 is Logitech's first webcam since the introduction of the HD Pro C920 way back in 2012. While the earlier iteration quickly became the gold standard for professional streamers and video bloggers, the latest version builds on that success with a new 60 fps setting at 720p to keep the stream in sync with gaming's fast framerates. (Although it's a step down in resolution.) Logitech also worked directly with XSplit to tune the C922 specifically for its game broadcasting software.

Rounding out the features, the C922 also boasts sharp autofocus and automatic low light correction to compensate for the flashing lights of your computer screen. For audio, the C922 packs two omnidirectional, noise-cancelling microphones. As for that background replacement function, Logitech says the camera uses "intelligent shape recognition" to separate the subject from the background without the need for a green screen – meaning you can place yourself in front of your game stream or at least just block out the view of your gaming den behind you.

The C922 Pro Stream is available on Logitech.com for $99/£85. There's also a Best Buy exclusive version that comes with a tripod and three-month license to XSplit, or a C922x variation available on Amazon that skips the tripod in favor of a six-month XSplit license.

In this article: c922, gadgetry, gadgets, gaming, gear, livestreaming, logitech, webcam, xsplit
All products recommended by Engadget are selected by our editorial team, independent of our parent company. Some of our stories include affiliate links. If you buy something through one of these links, we may earn an affiliate commission.