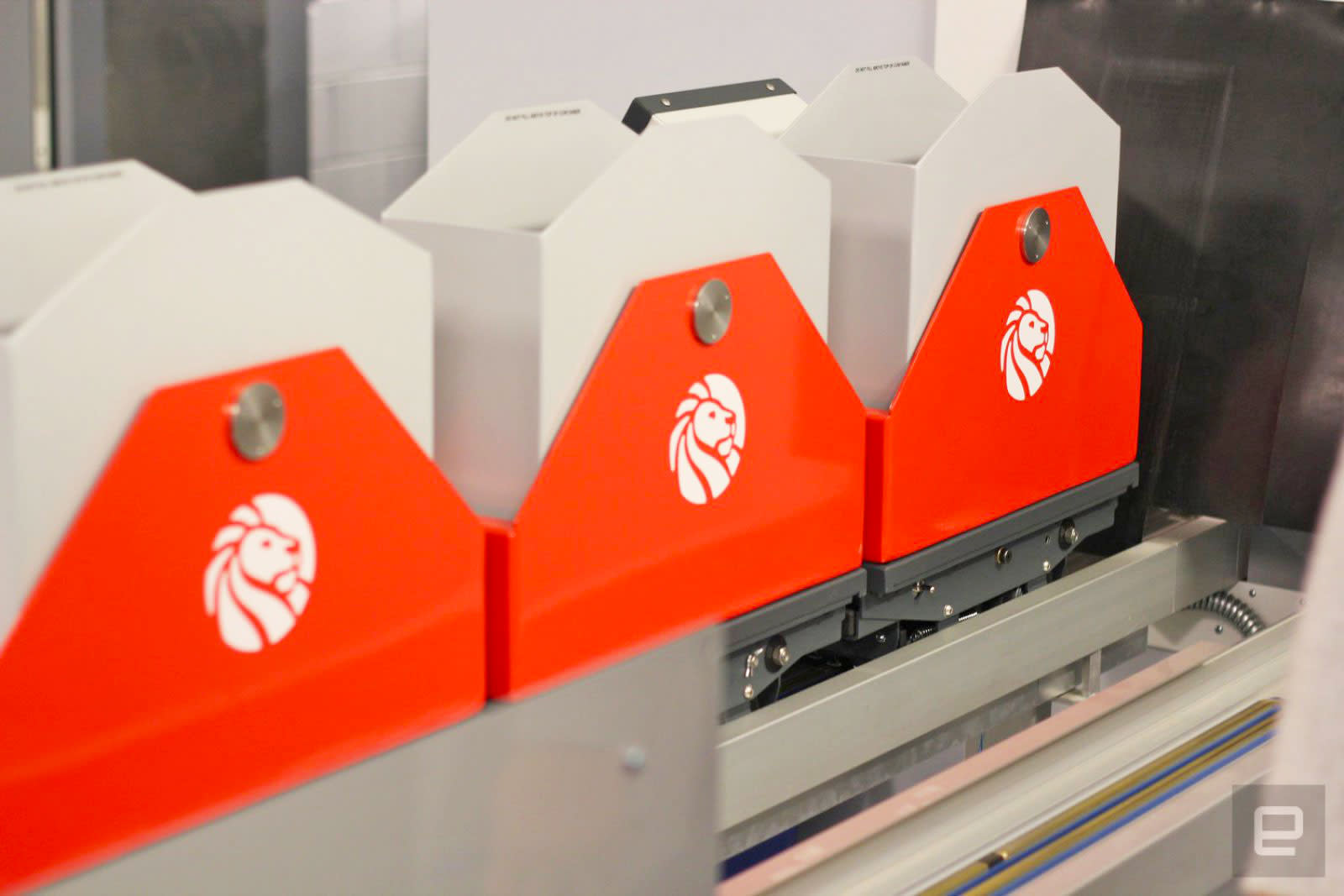 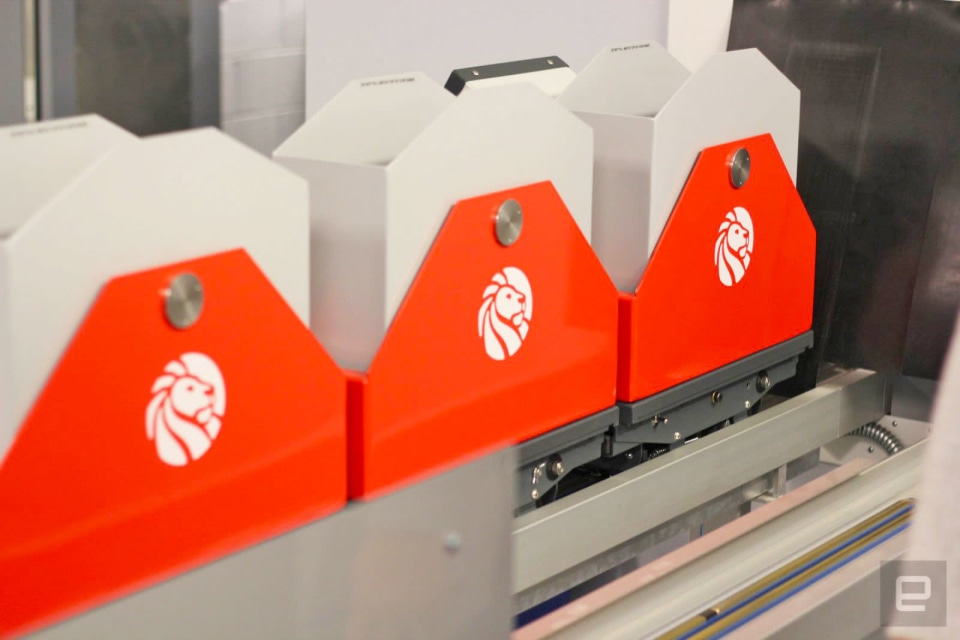 On October 5th, the New York Public Library near Bryant Park in Manhattan will open up its newly renovated reading room to everyone. When that happens, members of the public will be able to get their first look not only at the gorgeous new working area, but also the building's new book delivery system. I was lucky enough to be treated to a tour of the library's facilities to get a behind-the-scenes preview of the now-colloquially-named "book train."

If your mind is conjuring up images of a bespectacled Thomas the Tank Engine carrying a line of book-laden cars, stop. Although this is technically a train made up of linked carriages, the setup looks nothing like your typical railroad vehicle. Imagine instead a series of standing document boxes on wheels.

The new machines replace an aging conveyor belt that was installed in 1991. According to NYPL's director of facilities Gerry Oliva, there's a total of 950 feet of track running throughout the building, and parts of it look like roller coasters as they scaled walls and rounded corners. Two sets of tracks allow for simultaneous travel in both directions. From the starting point deep underground (27 feet, to be exact) near the building's new book storage facility, the cars have to travel 350 feet to the reading room on the 8th floor, twisting and turning the whole way. That journey takes about five minutes, translating to a speed of about 75 feet per minute.

And here we have @cherlynnstagram showing off the cars that make up the @nypl's new "Book Train." Each car is capable of carrying about three large "art books", and has a microprocessor on-board to guide their journey (climbing over 94 feet) from starting point to the library's reading rooms. Visit Engadget.com for more. :books: :steam_locomotive: #technology #tech #trains #nyc #libraries #books #microprocessor #howitsmade #newyorkpubliclibrary #booktrain

As the train goes up, down and upside down during its trips, a suspended grey container within each car will, like a gimbal, adjusts to stay upright. This prevents books from falling out as they shuttle between the 11 stops throughout the building. The tracks are equipped with electronic sensors so the system knows the position of each car at all times. Once a car has been dispatched it has to move beyond the first sensor on the track before the next car can be released. This results in a 15-second delay between the receptacles to prevent accidents or congestion. The library has a total of 25 of these cars right now, and each can carry about three art books, four smaller books, or about ten pamphlets, according to Natalie Caruso, NYPL's manager for access services.

Construction on the new track began in January this year, and was completed in August. That's a surprisingly short time, but a lot of the infrastructure was already thanks to the old conveyor belt. The NYPL told Engadget that it could have finished the project sooner, but were slowed down by the desire to avoid structural modification. Using the existing shaftways had the additional benefit of keeping costs down.

While construction on the book train was taking place, library staffers had to revert to the old-school way of moving books around the eight-story building, manually loading them onto carts and dragging them around. Now that the new system is up and running, it certainly looks like a far more efficient (and perhaps enjoyable) experience for staffers, visitors and even the books. 6
In this article: books, culture, design, hands-on, NewYork, NewYorkPublicLibrary, NYC, nypl, robots, transportation
All products recommended by Engadget are selected by our editorial team, independent of our parent company. Some of our stories include affiliate links. If you buy something through one of these links, we may earn an affiliate commission.